A question--in the article above, shouldn't it say 672 square foot signs? 672 feet is a REALLY big sign.

Burwell: When we talk about the lynching of Filner, some posters call it the Lynching. Apt, that. Best, Don Bauder

Lynch should take his suit to a dry cleaners. It looks like he slept in it the night before and woke up in an alley.

That sure is a pretty artist's rendering of a stadium--sitting on land that is not available.

A question that might be asked is whether Sea World could survive the removal of all the orcas from its parks. Are those "killer whale" exhibits and shows the biggest draw? Or is there enough variety there to keep the folks coming? There's no doubt that orcas are very difficult to handle and maintain. They are a danger to the trainers, as evidenced by the one who was killed a few years ago. Maybe what seemed like such a great idea at the start just isn't integral to the operations.

Interim Mayor Todd Gloria said, in response to my Sept. 15, 2012 question (http://www.sandiegoreader.com/news/20...), that the Chargers stadium should be built. But he didn't mention public funding, nor Manchester's ill-conceived site.

Manchester and the rest of his ilk are always quick to point out what a civic money maker a new stadium would be. Yet they numbers never add up and the taxpayers are left holding the empty bag.

I believe the taxpayers in New York are holding the bag full of bonds to pay off stadiums that have already been torn down.

If these stadiums are such civic money makers why doesn't Uncle Doug and the Goofus billionaire family who own the Chargers build their own, since there the only ones who will make money on the deal.

A reader made comment on this article (elsewhere), to dispute whether or not Jason Harper was shot in the back. That person, identified as Name Withheld, claimed that Jason Harper was “shot in the side,” and quoted part of one sentence from the preliminary hearing transcript. Anyone who has access to the full transcript of the two-day hearing can go to the last pages, and find where Honorable Judge Robert Kearney stated, on the record, that Jason Harper was shot from behind – and that his wife was the only other person in the room at the time. 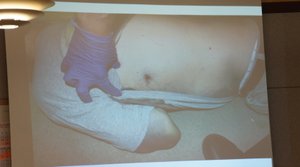 Evidence photo of victim's bullet wound, presented at preliminary hearing in December of 2012. 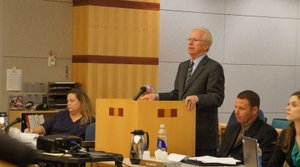 Julie Harper and her attorney Paul Pfingst at the prelim, one year ago. Photo by Eva.

I guess the illustration says: There's always one bad apple in every barrel!

@mattchew7313 You're probably just kissing Sun Diego's A$$ to hopefully make a deal to sell your Zories out of all of his shops! No? Otherwise, YOUR position DOESN'T MAKE SENSE!!! WE LOCALS DON'T WANT THAT CHAIN SURF SHOP IN OUR DOWNTOWN!!! My name is Caleb Wilborn and my local SD rock reggae band is Bad Neighborz. We want to upgrade our local music venue / historical restaurant and keep the local music scene alive and see it grow. Check out our music video to see what REAL life "Sun Diego" is all about, not no cookie cutter chain shop pretend that you're cool cuz you're a tourist and you buy there... If this Sun Diego happens that's one more step towards turning North County into another Laguna Beach status town. I understand that Sun Diego will pay $7,000 more a month in rent but if money is always the deciding factor in life than were all destined to worship $$$ and at THAT point the REAL quality of life goes down. KEEP THE MUSIC & SOUL ALIVE http://www.badneighborz.com/sunnyd/ THANX C Bad Neighborz

You forgot to mention the Salsa nights, weddings, birthdays, school dances, Senior swing dance night, School of rock and the million other things we did for the community. You basically named all of downtown Carlsbad. Trying to pin us as the bad seed is typical of a clown who doesn't know and shouldn't comment.

I think Alex and Matt work for Sun Diego.

Having some national corporate clothing, "surf" shop, of overpriced bullshit for all the tourists and cookie cutter failures is the worst idea for carlsbad's prized Victorian three story building is one of the worst ideas I have ever heard. I understand Sun Diego popular and everyone wants to be in style or whatever but seriously, this is the last thing Carlsbad needs, it will put out the local surf shops that are actually surf shops, which is bad for the local economy. Having some national corporate clothing store taking their money they they make from tourists and send it outside of carlsbad. Having a North County equivalent of the Belly Up in Solana Beach would be great and would drive in more business, and consistent business that is, would be absolutely hands down far better than some bullshit corporate clothing massacre which is take Carlsbad revenue and sending it outside of Carlsbad.

A lot of us put our blood, sweat and tears into Oceanhouse-Neimans. 9 1/2 years I spent running security there. Tried my hardest to be respectful and courteous amongst the occasional chaos. We all tried to...except the owners. We put on smiles when we shouldn't have. You all who are backing this notion that putting a corporate company into a historical landmark will save Carlsbad "village"?! Please. Why would tourists appreciate $60 t-shirts? There are enough over priced tourist traps in that complex to last a lifetime. Don't buy this whole firkin "village by the sea" crap. Carlsbad has a lot of hidden issues being swept under the rug DAILY!!! I've seen it and felt it first hand. sun diego is a bullshite company. There is one right down the street at the company outlet. Check it out. Support local shops is where this should go. Mike D? Really?!? Spread what kids out more?!? To go fight at the 8 other pubs that over serve and throw out YOUR children who don't know how to frikin act when they abuse shite?!?! Lame. Go back to Temecula. Hopefully the people that originally had the place will get it back. sun diego is a joke and a waste of space. 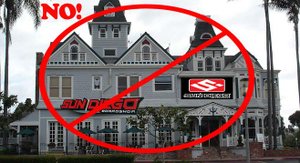 I believe Sun Diego mostly has mall stores and it seems like that's where they belong. They are re-doing the Westfield Carlsbad mall on El Camino they should be looking into a location there! Bestawan Pizzaria just opened their second location there and has a great surf family atmosphere as well as a great following....Now that's where they can do the kind of business they need. The village dies after summer and for the volume they need to do I would advise them to reconsider if this craziness is really happening!

I am born and raised in Carlsbad. I have no problem with sun Diego, and I guess would be fine with a Sun Diego in the village...I just have a HUGE problem with them moving into the Ocean House. It wouldn't be another night club...the owners of the ocean house didn't know what they were doing and weren't using the building to its full potential. This building could be something AMAZING, I wish I could buy it and show them how it's done. An awesome venue and restaurant would bring people to the village all year long...a sun Diego wouldn't. Regardless of where they're located, the busy times will always be: back to school, Black Friday-holidays, and then summer. That's it. Most people go to the mall for that anyways. If people do go downtown to do their shopping, I'd rather them go to Pipelines and Cindy's, not to Sun Diego. If they need to move into the village, fine. There's a vacant brand new building next to the new subway and super cuts. Occupy that, NOT the Ocean House. Many people grew up going to eat at the Ocean House/Neimans, got married there, had reunions and events there...and many people would like to someday bring their kids back there to show them where they had these memories. I met my fiancé there and I would like to one day have an anniversary celebrated there. Can't do that if its a retail store.

Village Tenant, your small mindedness suggest that 1919 would be just another bar like Ocean House or Niemans, both of which needed to go. They are gone, and the plan was to bring an upper class venue which would bring major names to Carlsbad. If this was about just another bar there, you would be correct. That wasn't the case. The ABC had already posted an intent to pass liquor license ownership from Ocean House to 1919, so there was no question that it wouldn't go through. You are obviously someone who works for Sun Diego who is trying to circle the wagons in anticipation of the torrent of public protest that is about to erupt. Plus, it will come out that our city leaders do in fact like the concept of a Belly Up North in Carlsbad if it is run correctly. This will eventually come out, proving you are the ignorant one here. When the bars came, the people of Carlsbad organized, protested and won. The bars came down. Same here, the people of Carlsbad don't want you in the Twin Inns building, and trust me, one way or another this will not work out for Sun Diego. You are forcing something down the throats of locals and it will not work out for you in the end. Just go to any restaurant in Carlsbad and see what people are saying. More importantly, see how pissed off they are.

SIMA is an out of town private company that somehow managed to buy the Twin Inns. The fact you know that SIMA is all caps proves you work for Sun Diego. Which is fine. Good luck

While I agree that Sun Diego isn't a "major chain", as a third generation resident of Olde Carlsbad, I would be extremely sad to see them occupy this beautiful space. The Village already has a few legitimate, family-owned surf shops in the immediate vicinity (Carlsbad Pipeline and Offshore immediately come to mind) that would be negatively impacted should a store like that come in. Sun Diego already has a store in the outlet mall a few miles away. I believe that is a more proper location for them. It seems such a shame for an amazing building like that to be wasted on a company that adds no real value to the culture of the Village. 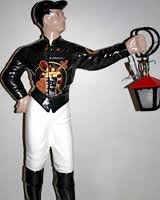