Wow. Unbelievable to ask Olson to surrender his driver's license. Fair? NO! Outrageous and over-reaching. Thanks for the story, one that we'd never know if not for your report.

"As with most graffiti cases, Mr. Olson was offered reduction to an infraction after completing volunteer work service cleaning up graffiti," read the statement. "His refusal resulted in the trial and his successful defense." You NEVER take a case to trial you CANNOT win-ever. Squirrel Toupee had NO chance of wnning, yet went to trial. Jeff Olson now has a right to sue the SDPD in federal court for violating his 1st, 4th and 14 Amendment rights. Good job Squirrel Toupee you just cost the city tens of thousands in a civil judgment and hundreds of thousands in legal fees as Squirrel Toupee will be forced to pay Olson's attorney fees in any civil rights judgment (42 USC 1983, 1988)

If this report is complete and correct, then the judge's license to practice law should be carefully reviewed, and the city attorney should be recalled from office.

A vote of confidence for the jury system, who understand what was going on in spite of all the squelched evidence. Also, all the commenters who posted detailed data to support the defendant - Dorian has the best commenters anywhere. And congratulations to Dorian for making the national news!

Why the muted headline? I'd have expected something like "ACQUITTED ON ALL 13 COUNTS, DEFENDANT WINS FOR FREE SPEECH." Then a subheadline with "Will he sue Goldsmith's butt?" Actually, if he doesn't go for redress, the embarrassment value for the hapless city attorney will be sharply reduced. The comic opera aspects of this are just unprecedented. (And that's saying a lot.)

What I have trouble with is the judge's comments in court regarding the publicity that attends this screwball case. Instead of calling Goldy's minions in to a conference in chambers and telling them that they had best move to dismiss, he rode the bronc right down to the final ending, and has now made himself look like the fool he obviously is. It is going to be SOOO interesting to see the fallout from this supposedly minor trial. We can hope, while remembering that nothing is quite as it seems.

The Mill, alias UT, has a fairly balanced story on the website in regard to this outcome. The comments, all dutifully identified by Facebook, run to the direction of Goldy having really blown it. There is even mention of some sort of "chalk-in" on Saturday at all or most local BofA branches. At this point, if the BofA could vaporize that security chief who kept pressing for a prosecution, they would. If you ever thought large corporations could do no wrong, just look at this. The rotten publicity that BofA is getting out of this is costly, very costly, and worse yet, they are provoking laughter. Major heartburn and a very red corporate face. Almost like the old days of the 70's. Who'd a thunk it?

Olson can't sue Squirrel Toupee, but he can sue SDPD, and I suggest he do so, as that will stop Squirrel Toupee from pulling this stunt again in the future on another innocent citizen. If Olson doesn't sue we can all expect this harassment to keep happening.......

The city would be smart to just pay Olson off now. This is going to be a payday for Olson if he is smart.

A civil lawsuit is a slam dunk and going to court will allow discovery, more stuff is going to come out and the hole Goldsmith is in will look like the Grand Canyon.

But the City Atty and Council can't even discuss it in closed session, because Goldy is punishing Filner by cancelling all closed sessions untill Bob kisses Goldy's butt and apologizes.

Judge Howard Shore is dead wrong. Not a single media report ever said it was likely that Olson would be sentenced to 13 years in prison but that is the possible sentenced he faced under California law. Judge Shore had the discretion, under California law to sentence Olson to 13 years in prison and a $13,000 fine for exercising his First Amenment rights.

The fact that such a sentence was unlikely, or that he never intended to impose such a draconian sentence, is besides the point. It was possible, and would have been legal which is what fueled the outrage. His self-serving post-verdict rationalizations are meant to mask the fact that he made a mockery of the Constitution by becoming the first judge in the United States to issue an order specifically prohibiting the words ree Speech"and First Amendment¨ from being mentioned in a court room and then issuing a general media gag order. His insinuation that the jury was influenced by media publicity is an insult to the jurors and the entire jury system.

If the City Attorney didn´t intend for such a draconian sentence to be a available to the judge as a sentencing option, than why did they overcharge the case in the first place? Because Jan Goldsmithś intent was to send a message to protestors that dissent the establishment finds offensivewill be suppressed with the full force of the law. But it is the people who sent a message to City Attorney Jan Goldsmith and Judge Howard Shore. Both should be removed from office at the voters earliest opportunity. 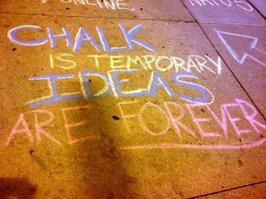 BofA wanted a return on their investment from "rug head", from my understanding the bank contributed lots of money to his campaign to get elected DA.

The judge's reasons for the gag order and 1st Amendment defense not being allowed made absolutely no sense.

On several web sites they gave out the judges phone # and address along with "rug heads", I hope they got plenty of calls and letters

Local Ch 10 reported last night that they checked to see if BofA gave to Goldsmith's campaign and said that they found no record of it. Given Ch 10's competiton w/KUSI for best anti-Filner reporting, I don't know how much I believe anything they report.

No wonder the judge asked for a gag order. If the jury had possibly known that the plea "bargain" included 3 years of losing his drivers license then any fool, even the City Attorney kind, would have known the outcome. Is that a common thing to ask for, in non-auto related cases? Or did they just add that to make it a wee bit crueler? I see people every day who should lose their licenses, like that dude who passed me in the middle turn lane last night at 11pm, going about 70 in a 35 zone, and then ran the red light.

Would love to know if Goldy helped craft a Cali law. Such laws are considered across the board to have negative impacts and to be a waste of government resources. Punitive suspension of DLs for "social non-conformance" reached such a level of abuse in recent years that law enforcement, AAA, insurance companies, and NHTSA worked to stop it. Goldy and team obviously don't keep up-to-date on their CLE:

Would love to know if Goldy helped craft a Cali law. Such laws are considered across the board to have negative impacts and to be a waste of government resources. Punitive suspension of DLs for "social non-conformance" reached such a level of abuse in recent years that law enforcement, AAA, insurance companies, and NHTSA worked to stop it. Goldy and team obviously don't keep up-to-date on their CLE: http://tinyurl.com/kl3ku4e http://tinyurl.com/kmxmwyf http://tinyurl.com/mdu6nc6 http://tinyurl.com/mj266wp

Chalk One Up For Freedom In $an Diego

Mayor Filner should give Olsen a medal and create a Olsen Day ...

What Filner should do is CUT another $500K out of Squirrel Toupee's budget, as he obviously has too much money to spend if he is wasting San Diego's precious legal resources on this kind of nonsense [bullshit]........

This is still a "top ten" story on MSN. Dorian Hargrove and The Reader hit the big time!

Thank you Dorian for your wonderful reporting. I'm looking forward to your July 4th article. For those interested couple of links: KPBS midday edition interview with Jeff Olson & attorney http://kpbs.media.clients.ellingtoncms.com/audio/2013/07/02/130702ChalkProtest.mp3