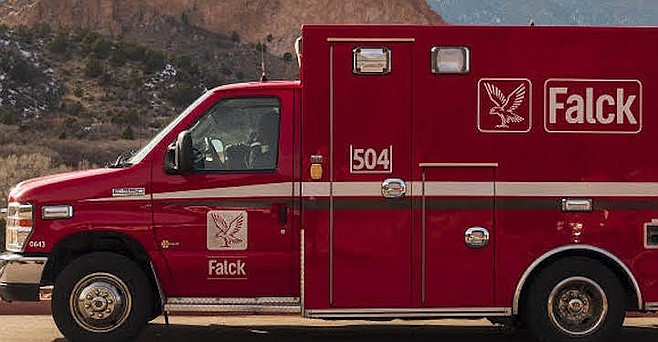 Are donations of the past about to haunt the final months of termed-out San Diego mayor Kevin Faulconer in the form of a confrontation between would-be city ambulance providers?

Eager for political advancement despite years of embarrassing meltdowns over everything from water bills to an asbestos-filled office tower, the mayor is famous for squeezing cash for his personal and political causes.

But the new dust-up could turn into one of the mayor's biggest controversies, say longtime city hall watchers, leaving the integrity of the city's procurement process and its problem-prone ambulance service in limbo.

The story began last month when the city announced it had chosen Danish conglomerate Falck to negotiate a contract to replace American Medical Response as its new ambulance service provider.

AMR, which inherited the city's troubledambulance business when it bought Arizona-based Rural/Metro in 2015, quickly lashed back, claiming the city's deal with Falck was badly flawed.

Then this week, somebody at the city got cold feet and dumped Falck without explanation, telling the Union-Tribune that the selection process would start over. Faulconer and aides remained mum, the paper reported, but Falck was more than willing to talk.

"Ultimately, Falck is determined to be the best choice to serve San Diego, and we will be exploring all of our options, including legal action, to determine the best path forward," Falck executive Troy Hagen said in a statement.

To many, it was surprising that Falck managed to get as close to a contract with the city as it did, considering American Medical Response's longtime reign at city hall and the beneficence it has provided the mayor and his people through the years.

In December, 2015, EMS Management LLC, a newly acquired AMR subsidiary, forked over $5000 for the mayor's non-profit corporation, One San Diego. In addition, the employees of the company have come up with $1140 in campaign contributions.

In addition to political cash, the lobbying firm of Phil Rath,one of Faulconer's longtime allies who serves as a mayoral consultant, has been paid more than $10,000 by American Medical Response, according to a personal financial disclosure Rath filed with the city in October of last year.

In 2018, Rath was fined a total of $16,000 by the state's Fair Political Practices Commission and the city's Ethics Commission to settle a series of conflict of interest charges arising from his tenure on the board of Civic San Diego, to which Faulconer named him.

Rath's former lobbying associate Kimberly Miller is registered with the city to lobby on behalf of American Medical Response regarding "Request for Proposal" and "Award of Contract."

Faulconer is not the only city official to have benefited from AMR's political largesse. Since 2012, records show, American Medical Response employees have given almost $40,000 to municipal campaigns.

All our “ checks and balances” are a sham that has morphed into just CHECKS for our elected Leaders!

With no (independent) citizen involvement in Awarding City Contracts, we lost control of moving SD forward in a cost effective manner years ago!

The ambulance contract is a farce. It only exists to keep the pay and benefits of the workers low. The contract provides the the City buy and maintain the ambulance fleet. The only way the company makes money is cutting corners on staffing, training and keeping benefits and wages low. They would do the same to police and fire if they could.