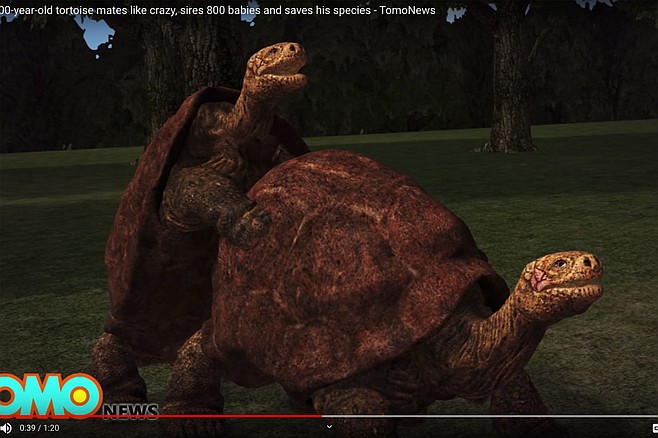 When the San Diego Zoo sent Diego the tortoise to the Galapagos Islands in 1977, there were only two makes of his species left there. But over the next 40 years, the rapacious reptile fathered over 800 offspring, bringing his ilk back from the brink of extinction. And he might still be there today, were it not for the mainstream media’s prurient interest in all things sex-related. A CNN report on Diego went viral, and it wasn’t long before the Galapagos Wildlife Authority was fielding “research requests” from interested parties from all over the world. “It became pretty clear that Diego had a target on his shell,” says Turtle Sexpert Mona Lott. “Shark fin, rhino horn, elephant tusk — suddenly, nothing compared to the stamina and performance promised by powdered tortoise glands. We had to bring him back to San Diego, where he can be kept in a secure location and allowed to do his thang in safety.”