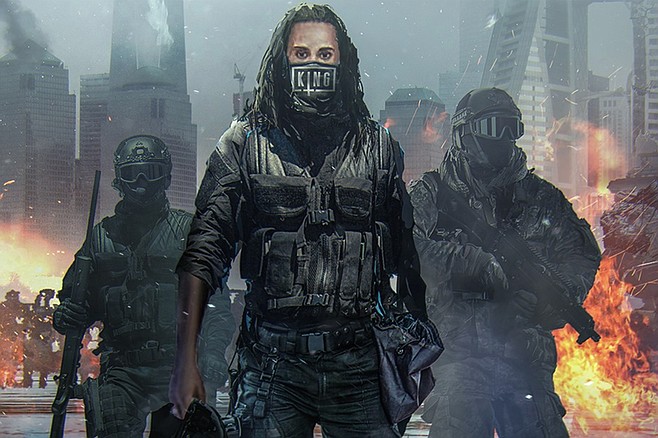 It seems that local concert promoters are nodding ‘yes’ in unison with my basshead brethren lately, and following the lead of video gamers. On January 24, Sullivan King, Yakz, and Grabbitz will perform their dubstep at the Music Box.

Sullivan King plays metal-guitar solos on his Schecter guitar, DJs, and yell-sings shrieking vocals atop hellishly-low bass drops. Yakz is more chill and fuses slower reggae-style beats within his dubstep set — which bassheads refer to as “riddim”: wordplay on how a typical Jamaican reggae artist might pronounce the word “rhythm.”

Grabbitz’s sound is said by some dubheads to be a bit more like “pop” dubstep; loaded with soft lyrics that lead to the heavy drop and dubby-twangs, as heard on the 2014 EDM-favorite “Here With You Now.”

“I know a lot of gamers that play competitively that listen to music while they are playing — dubstep is a popular form of music, and about five years ago, there was a period of time where you could hear it more in actual video game soundtracks,” said Ian Ferguson, who works at Luna Video Games in Chula Vista; he’s also a DJ and has been gaming for 30 plus years. “Syndicate on the Xbox 360 has music in the dubstep style,” he added.

“If I play World of Warcraft on player-versus-player mode, or play Diablo, it would be more metal and dubstep, or both: Metalstep (like Sullivan King),” said Raving Mad, another gamer. But “for World of Warcraft while doing dungeon/questing/farming, I like epic music.”

“Dubstep and metal is a fairly aggressive type of music,” Ferguson said, “and when people are playing action packed games, they generally listen to it because it has a lot of energy to it.... Most of these games allow you to drop the music but keep the sound volume up. Things that you maybe have to listen to, like footsteps, you can keep that part on but turn down any background music.”

This style of gaming, where gamers replace soundtracks in gameplay with the aforementioned styles of dubstep, became popular when streamers would stream live while listening to “bass-thicc” dubstep — on the Twitch live streaming video service for everything video games.

On the flipside, many dubstep producers are fans of video games and samples of popular games are evident or influenced in some of their music.

On Yakz’s “The Music” cut, at the 53 second mark, some fans say it sort of sounds like Pac-Man chomping on the ghosts. Yakz has never verified such on the record.

Grabbitz recalls being inspired by video games to produce music. “When I was about 12 or something,” he said in an interview with Rolling Stone, “I started making beats on an Xbox game called MTV Music Generator.”

Sullivan King reportedly discovered EDM after playing hours of online gaming and listening to dubstep OGs, including Skrillex and the late-Avicii.

SK-Gaming.com polled 150 video gamers: “Does listening to music improve our play?” Thirty-nine percent said “yes”; 11 percent said “no”; and the rest said they were “unsure” or had “other” responses.