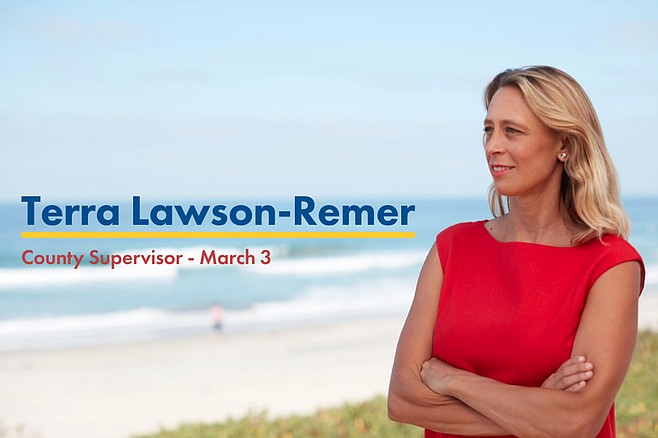 Political bloodlines run deep in San Diego, as evidenced by an emailed fundraising pitch by congressman Juan Vargas on behalf of supervisorial hopeful Terra Lawson-Remer. “I am excited to invite you to my home for an event in support of Terra Lawson-Remer, running to flip the County Board of Supervisors!” says the House Democrat. The per-person price of admission runs from $800 to be a co-host down to $125 for “activist” status. 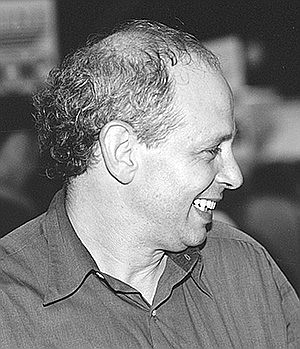 Vargas and Lawson-Remer’s father Larry Remer have been close friends and political associates for decades, dating from Vargas’s time on the San Diego city council, through his years in the state Assembly and Senate, and into the House. After working for Jane Fonda and the Chicago 7’s Tom Hayden, Remer’s Primacy Group, his PG Printing & Graphics, and family relations have made hundreds of thousands of dollars if not millions for furnishing campaign advice and services to Vargas. Daughter Alexa Lawson-Remer, later tapped by the National LGBT Bar Association as one of the Best LGBT Lawyers Under 40 in 2018 for her work at Sullivan & Cromwell in Los Angeles, got $3840 as a Vargas for Assembly campaign worker in 2004.

The Vargas political machine, financed largely by the state’s insurance lobby and other corporate special interests, sometimes drew Remer into its web of controversy. In 2010, a political committee funded by Chevron Corporation, Sempra Energy, ExxonMobil, and others spent almost $1.5 million on a campaign of hit pieces and TV spots against then-Assemblywoman Mary Salas. The series of slashing attacks on the Chula Vista liberal by the ostensibly independent PACs never mentioned Vargas. Two years later, the group’s failure to disclose to voters its motives drew a $6000 fine from the state’s Fair Political Practices Commission. Though formed to “support the election of Juan Vargas for State Senate District 40 in the June 8, 2010, Primary Election,” commissioners concluded, the committee “failed to add the full name and office of the candidate it supported as its primary activity.”

San Diego’s ethics commission is discussing plans to recruit a new executive director to replace Stacey Fulhorst, says the agenda for the board’s January 9 meeting. Whoever gets picked for the job is likely to play a pivotal role in policing what critics say are some of the loosest local political ethics in California and opening the commission’s notoriously nontransparent policies and procedures. 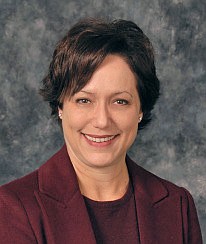 Last year under Fulhorst, the commission’s annual report noted that administrative fines collected from ethical miscreants plunged from $45,600 to just $22,200. Other questions arose when the commission slapped mayor Kevin Faulconer with a $4000 fine for late disclosure of charity gifts from Campland by the Bay but withheld announcement of the penalty until two weeks after the developer got city council approval of a lucrative city lease.

Fulhorst sharply curtailed the commission’s practice of issuing written advice letters posted online for public review, standard procedure at the state’s Fair Political Practices Committee. On the other hand, public records requests in 2013 revealed that Fulhorst provided extensive non-public compliance guidance in a series of emails to and from Republican treasurer and political operative April Boling regarding a recall effort against then-mayor Bob Filner. According to the website TransparentCalifornia.org, last year, Fulhorst pulled in total pay and benefits of $221,361. 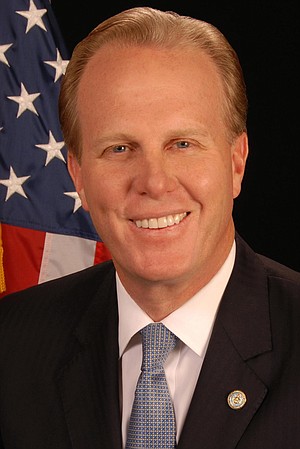 The still-struggling San Diego campaign for the downtown convention center expansion and homeless tax hike measure on March’s ballot backed by termed-out San Diego mayor Kevin Faulconer, has picked up a bit more corporate support. Sempra Energy came up with $25,000 on January 6. Four days later, the San Diego Restaurant and Beverage Political Action Committee also tossed in $25,000. Forced by immigration prison controversies to disgorge $50,000 worth of donations made by private prison operator GEO Group last year, the so-called Yes! For a Better San Diego committee is racing to come up with enough funds to convince two-thirds of San Diego voters to approve the tax increase.

The clock is ticking, and many of the big-money interests usually counted on by supporters to underwrite such campaigns, including national hotel and restaurant chains, have yet to open their checkbooks. December’s take was just $450,440, city records show, increasing the urgency of January fundraising to pay for campaign media. The Hilton San Diego Bayfront is January’s biggest donor so far, with $200,000 on January 14. Hard Rock Hotel San Diego gave $25,200 the same day.

Meanwhile, the San Diego Regional Chamber of Commerce Political Action Committee gave $25,000 on January 14 to a committee calling itself Planning Today for San Diego’s Future. The group, whose primary sponsor is the Building Industry Association of San Diego County, per a Registrar of Voters disclosure, seeks the defeat of Proposition A, requiring a countywide vote to approve big development plans manifested as general plan amendments.