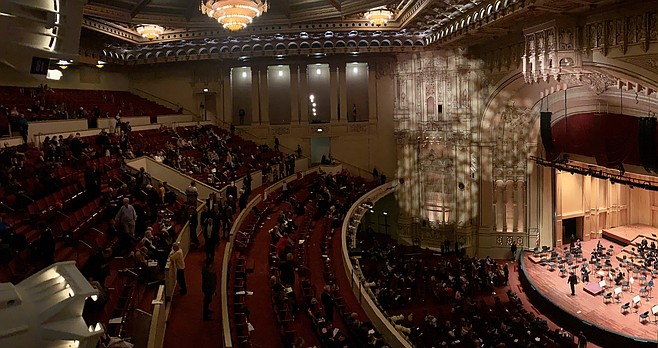 The San Diego Symphony has been holding a January festival for the past several years. This year, the topic is Beethoven at 250.

It was our great fortune to have living legend Emmanuel Ax as the soloist for Beethoven’s Piano Concerto No. 1. Mr. Ax is in full Beethoven mode. January finds him San Diego with the first, San Francisco with Beethoven’s second piano concerto, Los Angeles with the third, and an all-Beethoven solo recital for The Philharmonic Society of Orange County.

The human body is about 60 percent water but on Saturday, January 11, it appeared as though Emmanuel Ax’s hands were 100 percent water. Such was the fluidity of his playing.

The liquid quality of his playing led to a general feeling of well-being beyond mere astonishment at the technical accomplishment.

If only that general feeling of well-being could have been present in the orchestra’s performances of the Leonora Overture and Symphony No. 4. I can’t say that I was uneasy but the feeling of effortless musical accomplishment was not as prevalent.

The San Diego Symphony continued to play Beethoven in much the same way it always plays Beethoven. It cannot be called wooden or lackluster. It is much better than that, but every so often it does lack luster.

Most of the phrasing was accomplished, stylish, and satisfying but every now and then there was a lack of intention in the details. Repeated notes or phrases tended to become disconnected and stale.

Everything was accurate but at times it was only accurate, and that leads to a general sense of something other than well-being. I didn’t feel an inner pulse which held the entire structure together.

Now I’m just one guy living a life, but I experienced the orchestra’s performance as a vast plateau which gently sloped down to the horizon. In the middle of that plateau was a polished peak of granite named Ax.