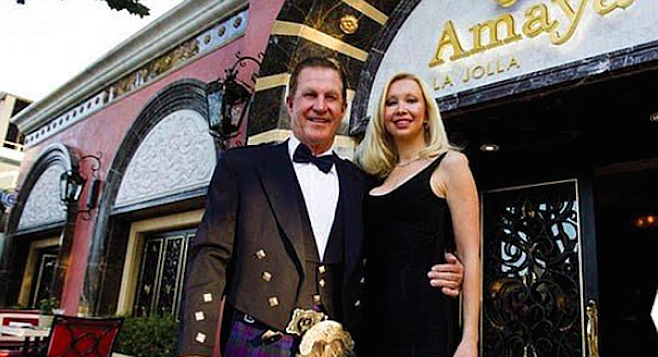 Turn out the lights. The latest matrimonial party is over for ex-Union-Tribune owner and would-be ambassador to the Bahamas Douglas Manchester.

The million-dollar-plus Trump donor, called out by the Washington Post last year for having questionable attitudes towards women, has gotten divorced from second wife and Russian immigrant Geniya Derzhavina, per court records. 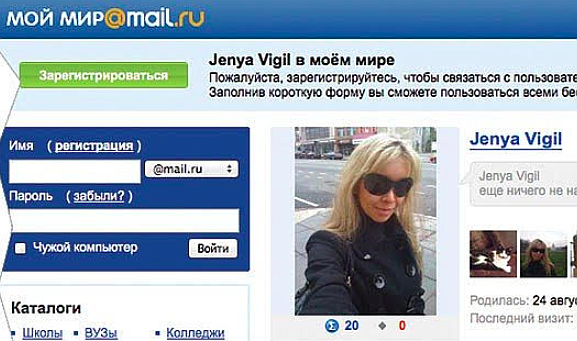 The wealthy Republican real estate developer, now 77, filed for dissolution of marriage on October 21 of last year, with final judgment entered two months later December 27 by Superior Court judge Truc Do, according to an online list of filings in the case.

Derzhavina reportedly met up with Manchester - more than 30 years her senior - at the Del Mar track in 2012. Mature men "know how to treat women," Bauder quoted her as saying in a profile on a website for seekers of Russian brides called russianwomentruth.com. 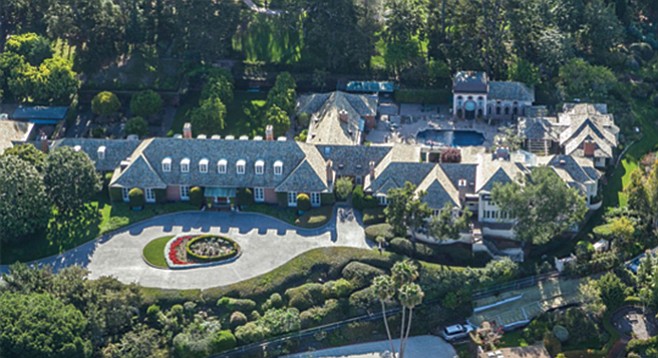 Manchester finally managed to untie the knot with first wife Betsy, whom he married in January 1965, in 2013. During the couple's contentious four-year-long divorce proceedings, Betsy unrolled a bevy of anecdotes about her husband's over-the-top lifestyle.

"As an example of the standard of living that DOUG and I enjoyed during our long marriage, in 2007, we threw a birthday party for DOUG at the Manchester Grand Hyatt," wrote Betsy.

"There were over 220 guests, and the party alone cost more than $200,000. We then flew to Costa Rica on a private Gulfstream IV jet and went on a week-long cruise in Costa Rica aboard a chartered 165-foot private yacht. After the cruise, we returned home on the Gulfstream IV jet.

Manchester married Geniya the weekend before Christmas 2013 in similar style, causing one neighbor to complain on Twitter, "Did Papa Doug Manchester have to disturb all of Carmel Valley with his marriage fireworks last night? My dog barking like crazy."

Then followed a merry-go-round of high-society party life and eight-figure residential real estate deals, including the purchase in 2015 of the historic Fairholme estate in Newport, Rhode Island for $15 million, which he flipped for a reported $16.1 million in February of 2016

Also, in 2015, Manchester picked up Foxhill, the sprawling La Jolla estate of the late Union-Tribune publisher Helen Copley, from the estate of her son David for about $27 million. He subsequently sunk additional millions into the property for extra bedrooms and other accouterments to accommodate his wife and the couple's three young children.

Now, with his latest try at homespun marital bliss history, per the court filings, Manchester, father of a total of eight children and grandfather of thirteen, has placed the real estate on the market in two parcels, asking $37 million for both.

"Mr. Manchester's spokeswoman said he is selling to ‘ downsize,' reports the Wall Street Journal, which also offers a description of what it calls "an elaborate French chateau-style estate” equipped with "its own four-hole golf course."

"The estate is about 27,000 square feet and has historic flair, with four-poster beds, gilded detailing, original moldings, wood paneling, chandeliers and stained-glass windows," according to the account.

"A billiards room is outfitted with plaid carpeting; lampshades have fringe details topped with gold fox ornaments. One of the bedrooms has blue coffered ceilings, blue patterned carpeting, and gold-and-blue curtains with ornate tassels.” 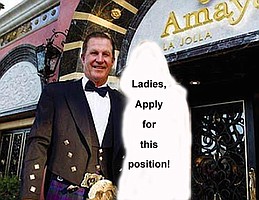 Watch out for the pre-nup

Oh man, does this guy take it or what? And how did this divorce run below the radar for all the news media until it was done? So he hooks up with this Russian (excuse me, Siberian) maybe mail-order bride, newly divorced herself, and now it's over. Sigh. Only problem is the three kids, and the series of touching family portraits of him, her, and the babies. Well, the kids will be well-taken care of, 'cause he can afford the split.

I've often wondered why he bought the former Copley estate, Foxhill. Anyone who wants to play amateur psychologist can analyze that move. Could it be that he always thought that the Copley family was the king or queen of the hill in San Diego. If so, and now that they were gone for good, he could claim the spot. Except that the newspaper is a mere shadow of what it was when it ruled the roost. The old guy just can't win can he? (But he's having an old guy's fantasy existence while he tries.)

I think he bought Foxhill because he saw the opportunity to make a nice profit when he sells it. It is well known to people who can afford to buy it.

This is funny. I mean, what can you expect people to do with a lot of money but to spend it on lavish things. Especially since he is much older.

Instead of giving $1million to Orange Head's inaugural committee, to basically buy the Ambassador to the Bahamas position (which failed), that largesse could have done a lot of good in our local community.

Nice jacket Dougie is wearing in the picture. He looks like a doorman.

I was thinking the maître d' at his restaurant!

The belt buckle is a nice touch too.

I think he bought it from a Lucha Libre ex-star, who needed the cash! ;-)

What a fun story. (Sorry, though, about the three little kids.) First of all, who knew we had a Vietnamese Superior Court judge? (Chalk up one for SoCal diversity.) Then, the details of the dissolution of Geniya's first marriage and her award of the couple's Honda Civic. (That's a great little car.) Next, how cool is it to get to see a real Russian website or to link with russianwomentruth? Who knew Papa Doug flipped robber-baron real estate in Rhode Island before purchasing hilltop Copley property Foxhill here at home? How come U-T columnist Diane Bell didn't report the divorce when she broke the story about Foxhill in La Jolla going on the market? Finally, yes, Papa Doug DOES resemble a doorman in front of his long-shuttered fancy restaurant Amaya. I will miss the treacly full-color spreads in Giving Back Magazine of this costumed family posing in the garden of their estate.

The way our world is going haywire, don't be surprised if we see Papa Doug buy an even more expensive estate, on-top of all of San Diego, then marry Roger Hedgecock. The sky-high egos of both men would allow them to buy and rule the world soon.

Well, he doesn't have the wealth of "Papa Jacobs" nor the intelligence.

I'm rolling on the floor!

Thank you, Matt Potter, for a real scoop on a story that gives us all a little schadenfreude.

Wow, "fringe, ornaments" and "tassels." Just those by themselves are worth $1 million!