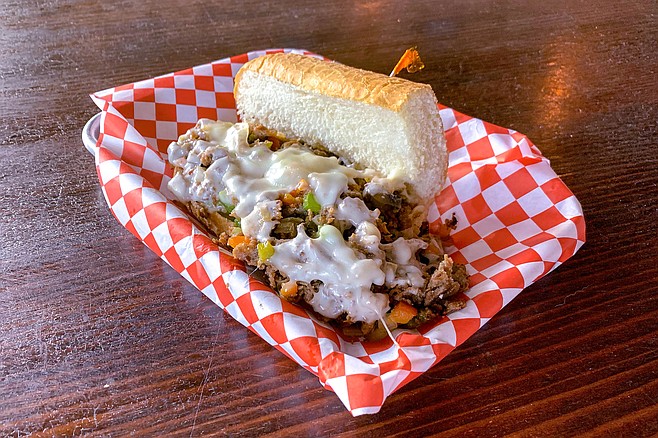 How to find Alex’s Brown Bag

When it comes to Philly-style cheesesteaks, where’s a Feaster to look?

Just a few years ago, it made a list of “the best cheesesteaks outside Philly” compiled by the Food Network, but when I went looking for Alex’s Brown Bag at its home inside Pacific Beach pub Latitude 32, it was gone. I guess Food Network fame doesn’t guarantee longevity, I thought at the time. Tread lightly, Hodad’s and Blue Water. 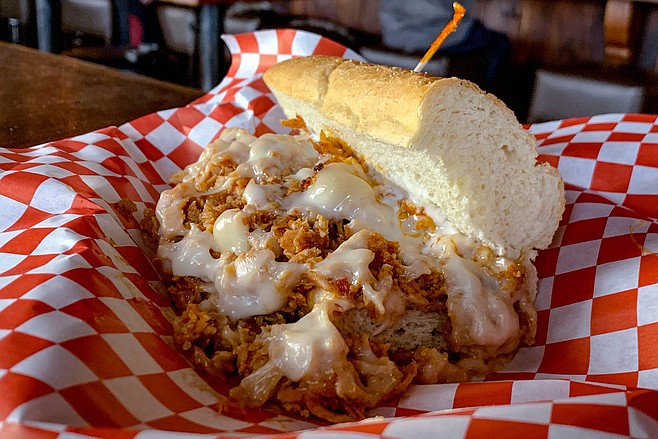 A buffalo chicken cheesesteak, with provolone and ranch dressing

Turns out, the only problem here was my timing. Last year, the Brown Bag moved from inside one beach town bar, to another: Mother’s Saloon, in Ocean Beach. I have to imagine Alex’s regular customers were more on top of this change than I was. They’d already followed the business when it moved on from its original location in Bankers Hill a few years back. I can’t claim as much. Never-changing red lights and backed up traffic in left-turn lanes successfully prevented me from entering Pacific Beach for seven years, and by time I made it there, Calozzi’s Cheeesesteaks had opened.

But I know how to make it into Ocean Beach without getting stuck at a single traffic light, so off I went, looking for the cheesesteak I barely recall eating, it’s been so long. Full disclosure: I’d never entered Mother’s Saloon before, at least not since it was a would-be rock club called Dream Street, which only booked bands willing to sell tickets to friends. 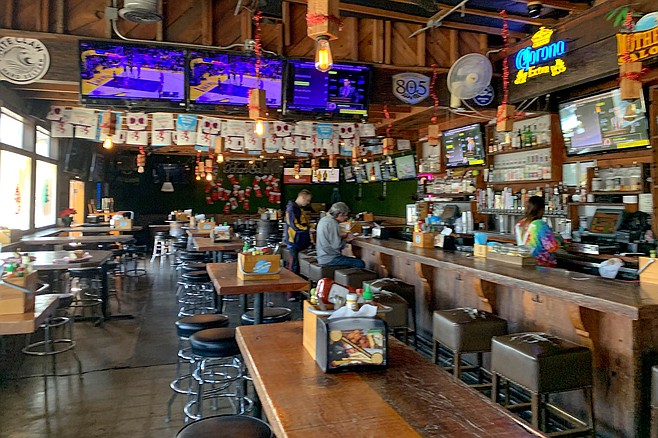 Sports on TV, but no Philly sports paraphernalia at mother's Saloon

The place is apparently more of a sports bar now, with loads of TV screens showing replays of football and basketball games when I walked in. I couldn’t spot any signs of Alex’s Brown Bag at first, though I did see plenty of Mother’s Saloon menus, and wondered if I had once again showed up too late. Maybe the cheesesteaks had moved on to Imperial Beach or something?

But all I was missing this time was a flip of the laminated menu. Mother’s Saloon makes and serves its assorted burgers, wings, and nachos, but now shares its kitchen with the Brown Bag. I’m assured that, while the same cook makes both sides for their menu, the cheesesteak side adheres to the recipes the place always relied on, meaning the standard cheesesteak ($6.75 half, $11.50 whole) still grills onions, peppers, and mushrooms with its Philly-sourced beef, and still piles it on the traditional Philly-baked Amoroso Roll with melting American cheese, provolone, or cheez whiz. 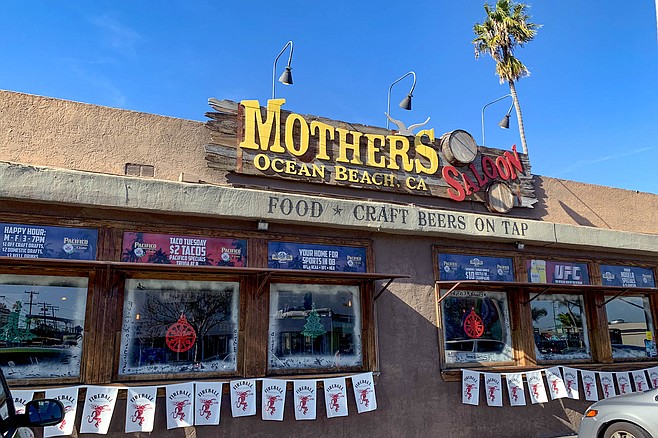 Which, of course, makes it authentically cheesesteaky, and capable of satisfying all associated Philly cheesesteak cravings. Even less traditional fare, such as the chicken cheesesteak slathered with buffalo sauce and ranch dressing, makes a tasty belly filler to go with the beers being poured in this saloon. While this iteration of Alex’s doesn’t lose anything by moving from one back of the bar kitchen to another, it doesn’t feel special enough for national top ten lists. While I don’t miss the Philadelphia Eagles paraphernalia plastered on the walls of most standalone cheesesteak restaurants, some sort of Philly soul here would give these ‘steaks charm. They’re maybe third best in the city at this point.