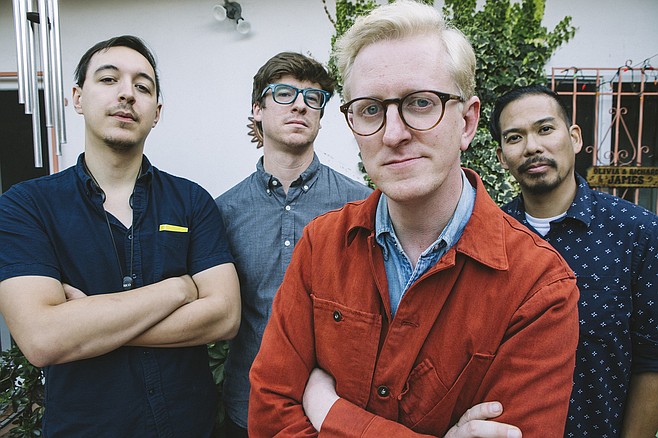 “It’s something I’ve been putting off for years,” confessed pianist Ed Kornhauser, referring to the completion of sessions for his first album as a leader. It features all original music. “I’ve been writing music as long as I’ve been playing. But last year I played a gig with [saxophonist] Dylan Hermansen, and I really dug the way he approached my tunes. I took that as a sign that it was time to finally go into the studio. But by then Dylan had left to play on a cruise ship for nine months. So when he got back, I knew we had to do something.”

Kornhauser already knew that he wanted bassist Mackenzie Leighton and drummer Kevin Higuchi so when Hermansen returned to town, the pianist quickly arranged for sessions conducted at Rick James’ College area studio with Chris Hobson coming in as engineer. “He’s incredible,” says Kornhauser. “He’s like a fifth member of the band.”

The pianist came to maturity as a player and composer while studying at San Diego State. How much of an influence was that time?

“It was huge. I really owe a lot to my teachers there, like Rick Helzer and Richard Thompson. Rick, especially, helped to shape me as a musician and composer. I showed him a lot of my charts back then, and he advised me on them.”

Kornhauser gigs so much in San Diego that his peers describe a typical schedule as doing the “Kornhauser Shuffle,” where he proceeds from one performance to another, sometimes as many as three or four in a single day. Does he have a favorite gig?

“I enjoy playing with everybody, but the gig with Leonard Patton on the first Sunday of every month at the Turf Supper Club [1116 25th Street, Golden Hill] is special, because he continues to amaze me.”

Kornhauser estimates he’s been on the San Diego jazz scene for 14 years. What’s the best part of that?

“Getting to do what you love for a living. I might complain about getting tired, because it requires a lot of running around to stay busy. I mean, it’s a great job. I get to have fun and make music for a living.”

“More on the personal side of things. You are guaranteed to have the opposite schedule from all of your friends — so it’s tough to maintain relationships of all kinds. That’s probably the biggest downside.”