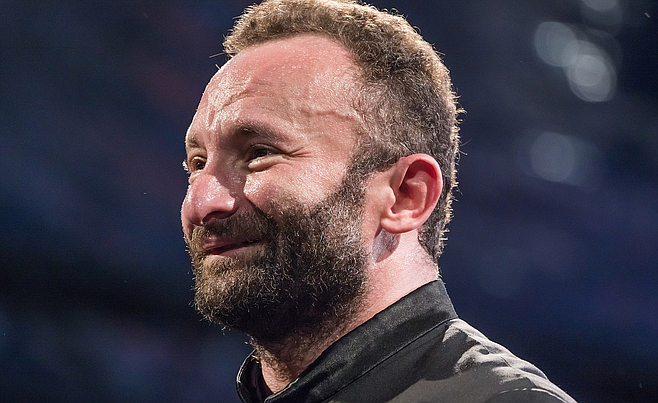 The new music director of the Berlin Philharmonic, Kirill Petrenko, is receiving some flak for his opening concerts with the orchestra. He is too conservative with his programming. In the words of Alex Ross, critic for The New Yorker, “Conservatives in the orchestra and in the audience may be reassured, but this retrenchment is a troubling signal from a historically great orchestra that ought to be assuming a leadership role in global classical music.”

Surely the Berliners knew what they were getting into when the orchestra voted Petrenko in. The orchestra players vehemently protect their right to choose the next music director each time the post becomes open, and they chose Petrenko.

Previously, Sir Simon Rattle had been at the helm for 17 years. Rattle took a progressive musical approach from the get-go and it’s completely possible that Berlin wants a break from the progressive music agenda.

To the hearts and minds of most classical music lovers, there is a clear hierarchy of music and composers. The top tier is occupied by those immortal names which everyone knows. Mozart, Beethoven, and J.S. Bach tend to be at the top of almost everyone’s hierarchy. The next tier down might be composers such as Haydn, Handel, Brahms, Wagner, Verdi, Schumann, Mendelssohn, Mahler, Bruckner, Tchaikovsky etc. After that we get to Offenbach, Puccini, Donizetti, Copland — the tiers aren’t set in stone and are very personal but missing from almost everyone’s top three tiers are any living composers.

Composers such as John Adams, Philip Glass, and Thomas Adès might slip in there but that would be a rare case. What Berlin appears to be doing is restoring a sense of the clear hierarchy upon which the traditions of Western Classical music is based.

I'm going to go out on a limb here and suggest the author is a middle aged white man of means. Am I right? Do I win a prize?

Garret everything you know is wrong.

Orchestras are by and large stuck in the past. That's not news. There are a lot of reasons things are so desperately stale. The problem is that the past they are stuck in is not some broad concept of the past but a very specific kind of music from a 120 year period from 1790 to 1910 for a specific amount of players. This music is by unquestioned "geniuses" and is the "best" music. End of story. ha!

What a lame perspective you have. Music is so much richer than you could possibly understand. it just takes curation with someone who knows a lot about music who has a perspective and vision for communicating all sorts of stuff to a broader public. When Bernstein was featuring Shostakovich in his Young People's concerts, I'm sure you would have been there moaning and groaning too.

Orchestras are nothing more than jukeboxes for their handful of donors, who may or may not be music lovers. The result is when they are forced to do new music (often the players themselves are happy to do something other than saw through Brahms 1 for the 10,000th time), they do it without coherence or commitment. We know the drill. Everyone holds their nose for the 10 minute piece of new music that they "have" to play and everyone has a "let's get it over with" attitude.

With the exception of the LA Phil, orchestras in America have never been so irrelevant. Why does this matter? I honestly don't care, and I don't engage in your necrophilia. I gloat when they have to pay the bills and do "Harry Potter Live to Film." Their coffers depend on the largesse of a couple individuals with mediocre taste, and corporations which don't really have a stake in the whole thing anyway.

The truth is If orchestras were country clubs they'd be all shut down for being racist. In the US they are non-profits meaning they have to seek to serve the ENTIRE community including living composers in their area. The whole thing is a joke and is really on its last legs as audiences dwindle and people point fingers. New Music isn't the be-all-end-all, it's just an indicator of how bad things are. The talented people alive right now will simply go elsewhere. Your loss.

So Garrett can have his small club. The much detested audiences can get smaller. We will tip our hat as we whistle past your graves.

Thanks for sharing Ricardo. Not sure what you're trying to accomplish but thank you anyway.