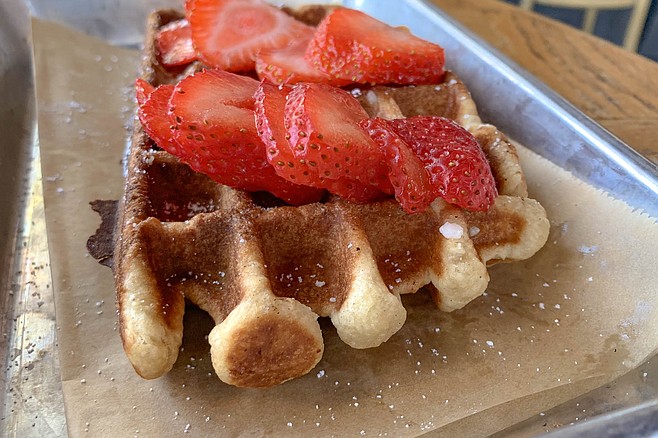 Belgian Beer and Waffles (and fries)

We’ll have to give its European ownership a pass for not having enough familiarity with the esoteric parlance of American personals to recognize the gaff. Fortunately, they seem to have a more than passing familiarity with the restaurant’s namesake Belgian waffles. The new shop, part of the growing family of restaurants that gave us the delectable local bakery Le Parfait Paris, builds its menu around two types of traditional Belgian waffles, plus an interesting modern take that’s both vegan and gluten-free. 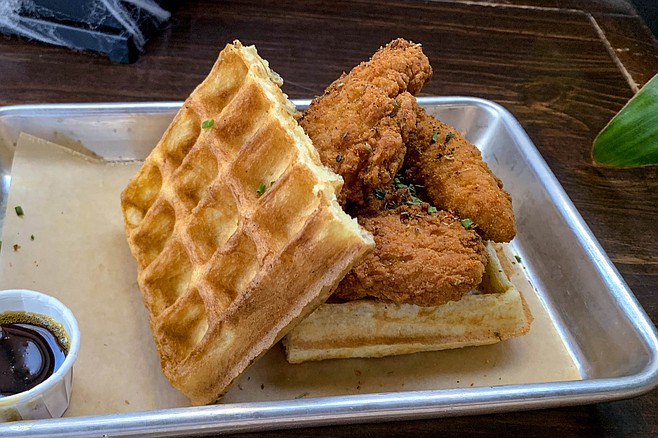 I stopped being leery of vegan pastries years ago, after sampling a vegan friend’s craveable vegan banana bread recipe. However, despite having tried reasonable examples of the genre, combining terms “gluten-free” and “baked goods” still evokes skepticism. That dubiety lessened when I learned these gluten-free waffles derive from a banana bread recipe. Apparently, banana helps pastries skirt a few of the textural issues brought about when you nix the most important components in a baker’s toolbox: wheat, eggs, and butter. 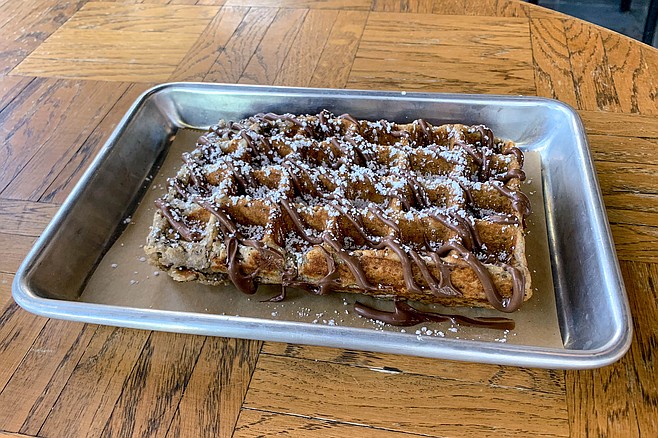 They inspired my choice of topping. Individual servings of the three waffle varieties served here start with a dusting of powdered sugar for two or three bucks, with the option to add toppings of sauce (50 cents), fruit ($1), and/or ice cream ($3). So pairing my banana-bready waffle ($3) with a drizzle of nutella seemed like a no-brainer. The hazelnut spread always proves a stellar complement to banana, and straight out of the waffle iron proves no different. Though its crust doesn’t crisp as well as that of its glutenous counterparts, I found the moist banana-inflected interior sufficiently took its waffle place between cake and bread on the spectrum of cooked dough products. 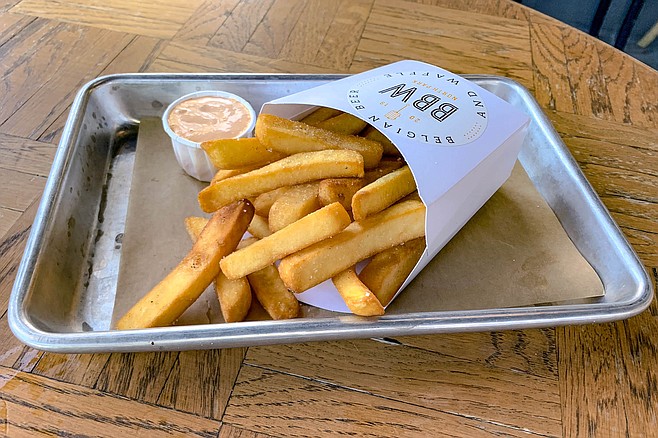 That’s not to suggest the gluten-free option is your best waffle bet. For that, I would point to the Liege style waffles ($3), made from a more traditional, brioche recipe that incorporates pearl sugar to impart sweetness and a caramelized, crispy exterior. Adding strawberry slices was all it took to make this waffle stand out. However, aside from a stout, I wouldn’t pair this option with the restaurant’s other key focus: beer. 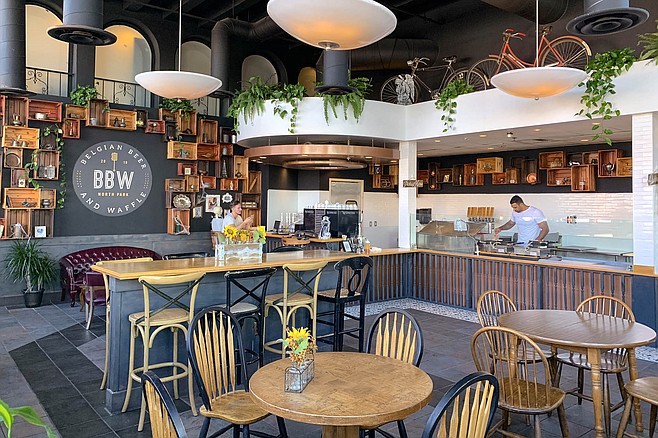 No longer a Starbucks, this waffle shop sports continental decor.

For that, I would suggest the more savory Bruxelles-style waffle ($2.50), made from a beer batter recipe that includes the house lager. Being pressed by a waffle iron doesn’t leave much room for cake-like airiness, but within its chew crust, this waffle finds just enough space to get a little fluffy. I tried it with a nod to the American tradition, paired with fried chicken. This fried chicken and waffle ($8) is part of a savory menu that treats the waffles like bread, using it to make avocado toast, for example ($8) or a cheddar cheeseburger patty melt ($7). The fried chicken itself was decent, but the waffle and accompanying maple syrup were the stars. 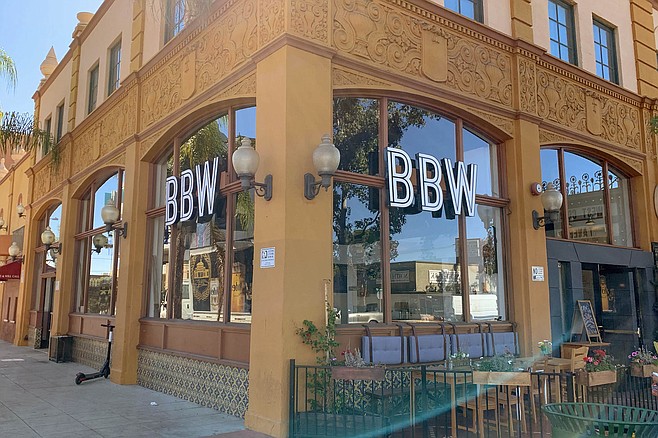 I had to pair it with a small order of Belgian fries ($5). With no apologies to the French, Belgian-style fries are the world’s best, mainly having to do with being twice fried in beef fat. True to form, this crispy potato rendering proves the better match to the shop’s namesake beer list.