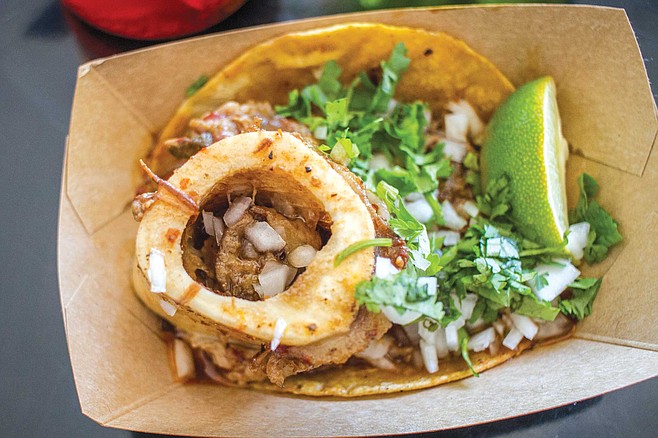 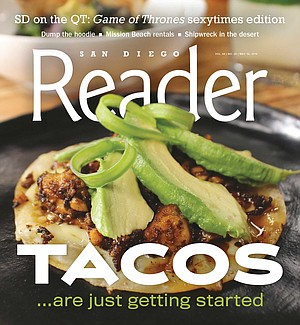 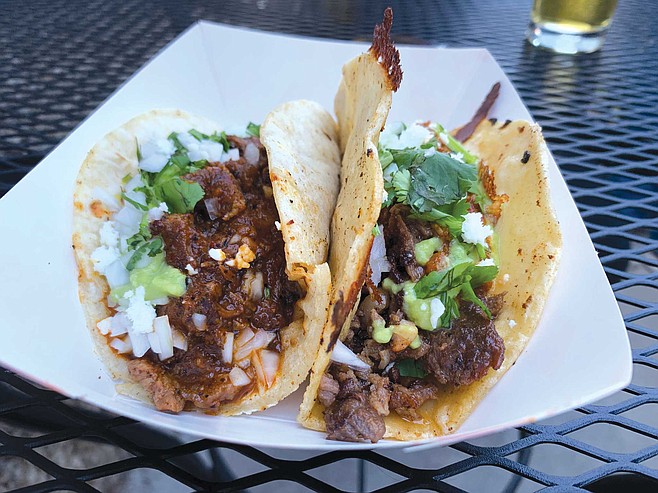 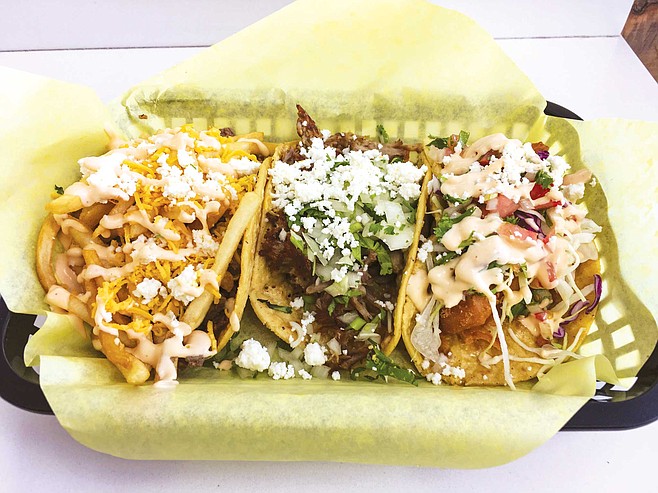 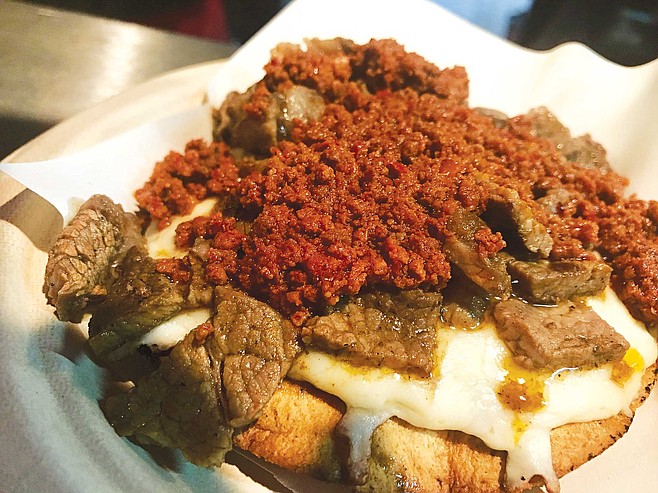 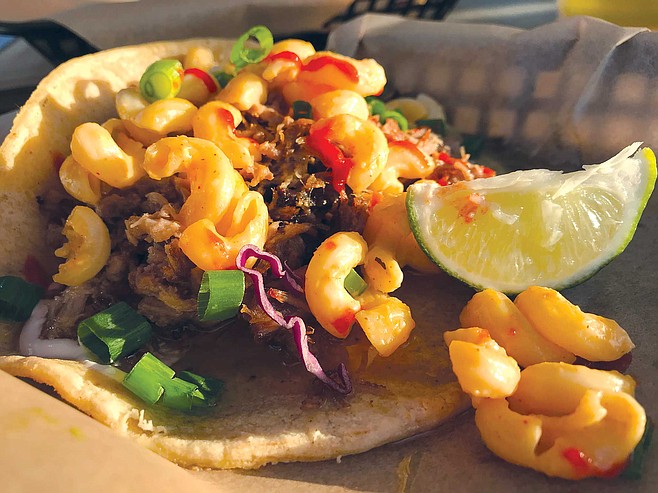 Fusion taco? This one from Carnitas Snack Shack has smoked pulled pork and mac’n cheese. 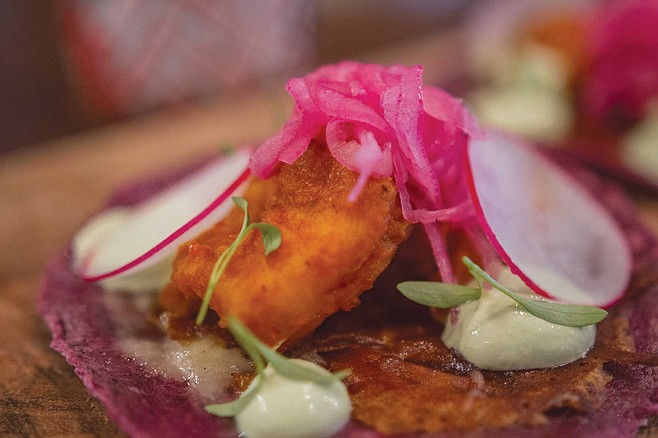 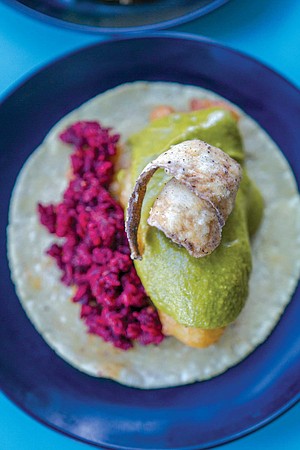 Even meat eaters will like Lola 55’s squash blossom relleno

Puesto at The Headquarters 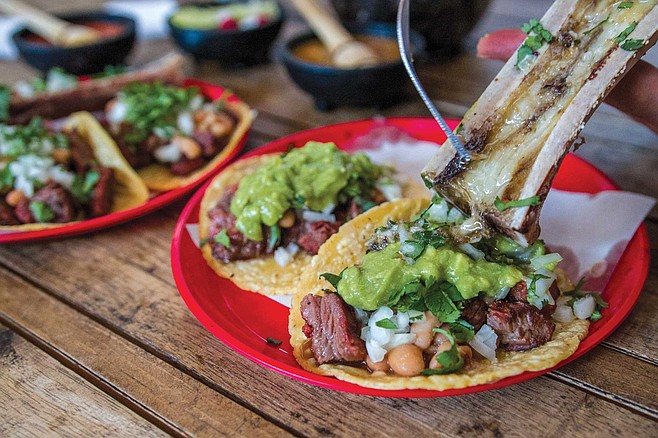 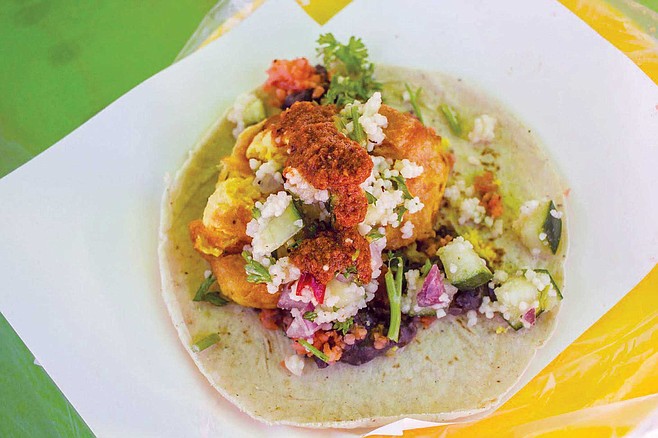 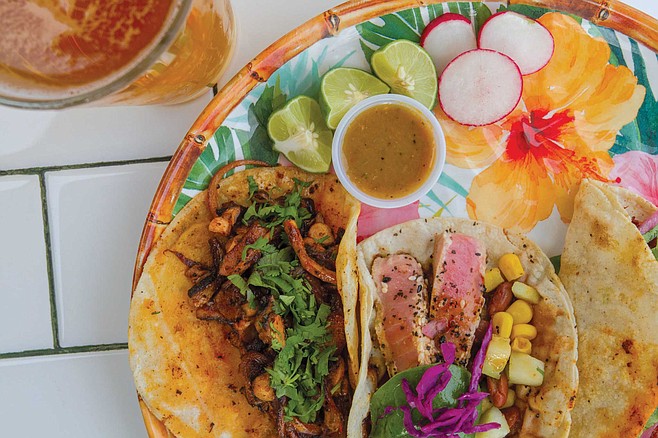 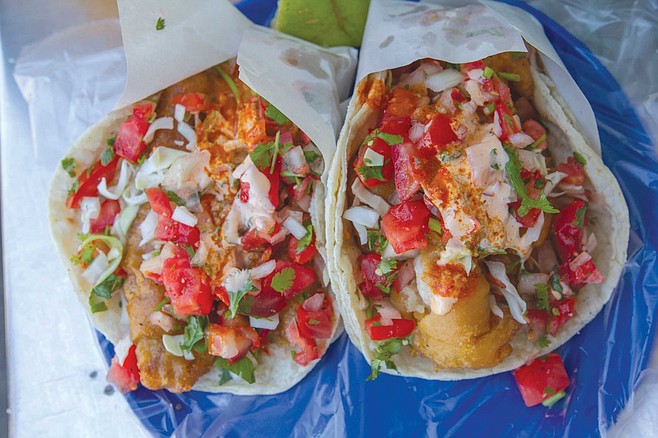 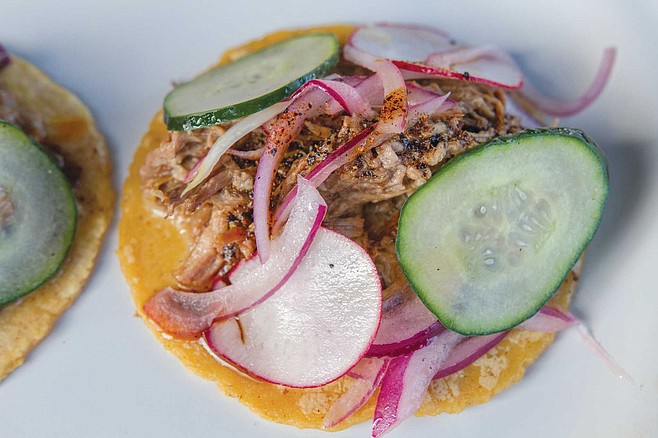 Cine Tonalá has five choices of tacos. The braised beef rib features a mound of shredded beef ribs on top of refried beans with pickled radishes, cucumbers, and red onions.