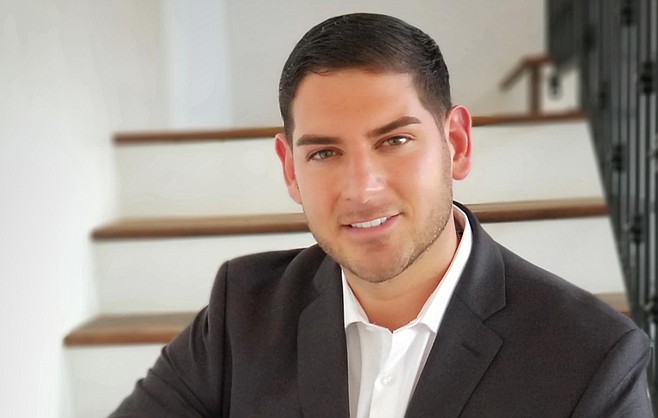 “The Republican party asked me to run against [Congressman] Mike Levin in 2020,” says GOP-up-and-comer Christopher Rodriguez. The Hispanic father of six checks a lot of political boxes. He’s a Purple Heart-decorated, USMC Iraq War veteran. His first-ever run for office was last November when he ran for Oceanside City Council. He beat his closest challenger by 17 points. 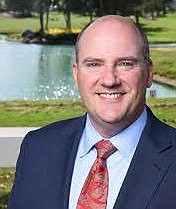 John Franklin: “Democrats have eviscerated the courts so people can avoid prosecution."

“I turned them down,” says Rodriguez about his party’s request for him to represent the GOP in Washington DC. “I just felt I had too much to do for the City of Oceanside.”

Rodriguez says the recent selection as state GOP chairwoman of Jessica Patterson, a female Latina, proves that his party can shift gears and become relevant in spite of what the media says. Hispanics, he says, are naturally aligned with the GOP since they are culturally more conservative, respect the 2nd amendment, and are pro-life.

Rodriguez, who sells real estate, says that in 2019, Republicans have to open up. “I just don’t think what party you belong to is all that important today. There are too many independents out there. They care about who you are as a person.” 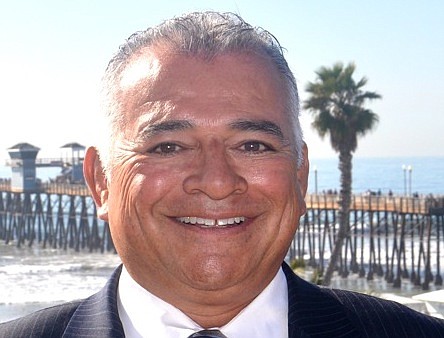 Rocky Chavez: Issa knew that Harkey was a weaker candidate than the more centrist Chavez.

Rodriguez contrasts with John Franklin, now in his fifth year on the Vista City Council. Franklin’s day job is owner and operator of the 16-year-old Pacific Political, Inc., one of the few political consultant firms in North County. Franklin proudly stands by his rock-ribbed GOP credentials and says he has no plans at this time to give any fund-raising or strategic advice to Democrat candidates.

But these are not good times for local Republicans. For the first time ever Carlsbad City Council is majority Democrat, and Dems recently tossed out Republicans on the Escondido and Vista Councils.

A perusal of Franklin’s clients on his website show mostly ex-officeholders. The most prominent was Darrel Issa who gave up his congressional seat after 300 protestors would meet once a week outside his office on Thibodo Road in Vista to protest the congressman. Franklin was with Issa for eight successful campaigns. Pacific Political is in the same building as Issa’s private office. Other past Franklin clients include Diane Harkey (who lost in November to Congressman Mike Levin) and former state assemblyman Travis Allen who lost a bid to be the GOP gubernatorial candidate and then lost last month to Patterson to become state GOP chair. Other former Franklin clients who have since been voted out include one-term Nevada congressman Crescent Hardy and California congressional candidate Johnny Tacherra.

While Franklin admits he has taken on more non-political, business accounts, he sees no reason to stop supporting only candidates with true-blue traditional GOP values.

“I chose people I want to work with,” says Franklin who says being a fiscal conservative is a hard-and-fast test. “We still have a number of clients and we are always looking out for other good fiscal conservatives we feel we could help.” Franklin says he does not divulge his client list.

“I’m talking to a former Democrat who is thinking of becoming Republican,” says Franklin. “I may ultimately help his campaign. If and when that happens I can tell you more.”

Franklin says Pacific Political, Inc., is not going anywhere, even with the recent news that longtime local political consultant Jason Roe (Mitt Romney, George W. Bush, Marco Rubio, Kevin Faulconer, Bonnie Dumanis, Carl DeMaio) has announced he is scaling back. “I guess his time as the kingmaker of downtown appears to be short-lived,” says Franklin.

“There’s no question that things have changed as little bit,” he admits. “But there is still plenty of room for me and other Republican strategists."

While Franklin says it hasn’t happened yet, he says the natural reaction against heavy-handed leftwing rule in California is inevitable.

“Democrats have eviscerated the courts so people can avoid prosecution. They made it so that if you steal anything up to, I think it’s $950, you can only get a ticket. They have made it so there is nothing that merchants can do to protect against theft. It’s not fair to merchants or you and me. They have made property crimes explode. It is totally unacceptable.”

And potholes, he says, just aren’t getting fixed thanks to Democratic social engineering. “Only 14 per cent of our Transnet tax goes to fix potholes. Most of the rest goes to mass transit. That is not what people thought they were voting for.”

One name that may appear on Franklin’s client list would be county Supervisor Kristen Gaspar who is reportedly mulling whether to run for re-election next year or possibly for Issa’s congressional seat.

But one name that will not is Rocky Chavez, the retired USMC Colonel and former Oceanside city councilman who is reported to be running for his old state 76th Assembly seat now held by Democrat Tasha Boerner Horvath. There was no love lost between Chavez and the Issa/Franklin camp. Chavez maintained that Issa hand-picked Harkey to be his successor because Issa knew that Harkey was a weaker candidate than the more centrist Chavez and that a Harkey defeat would make it easier for Issa to stomach his forced abdication.

“Rocky voted for the cap-and-trade bill,” says Franklin which he says will tax drivers an extra 23 cents per gallon by 2020. “It’s a tremendous burden on the average driver, and only 20 per cent gets spent of fixing roadways.”

Franklin agrees that Oceanside’s Rodriguez is a GOP comer.

Rodriguez, who sells real estate, doesn’t share Franklin’s rigid interpretation of what makes a Republican. “Our party can not flourish if you don’t work with the other side.”

To prove his point, Rodriguez asked for and received permission to attend a Democratic party meeting. “We went to a DEMCO [Democratic Club of Carlsbad and Oceanside] meeting last month. We were invited. We even bought raffle tickets.” But he said irate Dems literally poked them into leaving. “They were poking at my aide like ‘You guys need to go.’ They ran us out of the meeting. We got like five calls afterwards apologizing.”

Regarding the Franklin/Chavez rift: “If I had to come down one way or another I would probably side with Rocky because we are both Marines, we’re both Hispanic, and we’re both from the same city.”

If the Republicans had there way all hourly employees would be paid the minimum wage with no benefits. They only want a two class society: The rich and the poor. They do not place any value on people who work by the hour doing the hard work required to make life good for the rest of us. They abhor the fact that a worker should be able to retire. Republicans only represent the wealthy and the employer and could care less about the average citizen. I have never met a Republican that was not mean. Republicans bible is Walmart.