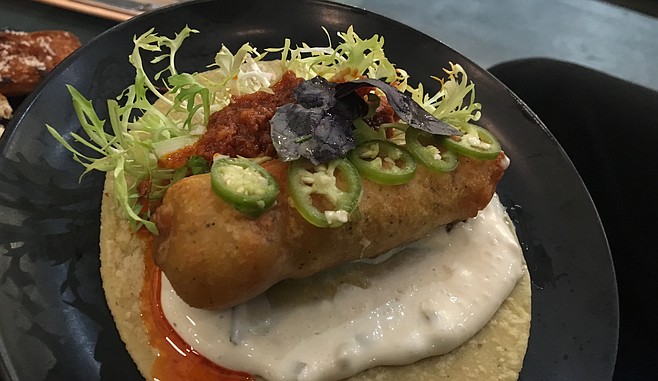 Six months in and already a taco destination

San Diegans rejoice, because we are experiencing a golden age of tacos.

Great tacos are nothing new here. Taco shops are one of the things people miss most when they move away.

But new taco spots are taking these creations to new height, including some that have opened up in the last few months.

In DecemberI enjoyed Tahona in Old Town, but I heard good things about Lola 55 in the East Village, so I had to see for myself. 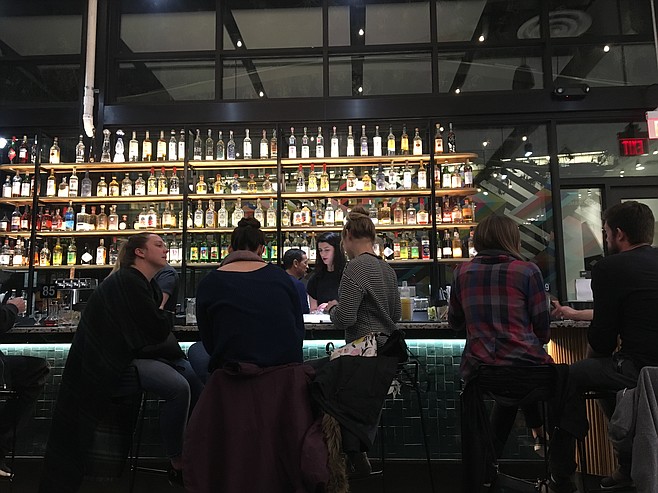 Located in the East Village, Lola55 has a sophisticated vibe, but still neighborly.

Lola 55’s location attracts more of a neighborhood crowd than it might if it were like Puesto at the Headquarters or next to the Old Town Cemetery like Tahona, but the vibe is fun, especially for serious foodies.

At Lola 55, each taco should savored separately one at a time. The Filet Mignon ($4.95), more tender than carne asada, but with a nice char on some edges and a great mouth feel. The crispy leeks push this to the stratosphere. 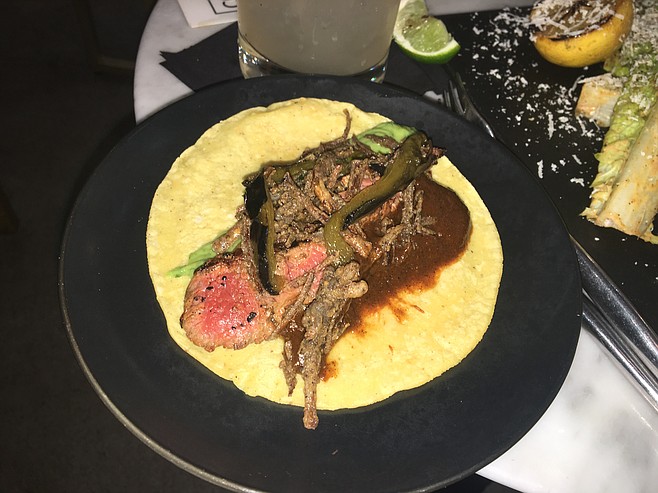 The filet mignon taco goes three steps beyond carne asada to a new realm of meatiness.

For the classic Baja fish taco ($3.75). Lola 55 fries up a fish so that it’s tender and crispy and tops it with a chorizo-tomato vinaigrette, remoulade, and pickled serrano peppers.

Because of a previous review by Ian Anderson, I wanted to try the Squash Blossom Relleno ($3.50), which is soyrizo (vegan sausage) stuffed inside the squash blossom and deep-fried. Even meat eaters will like this puppy, which comes topped with a crispy potato chicharron. 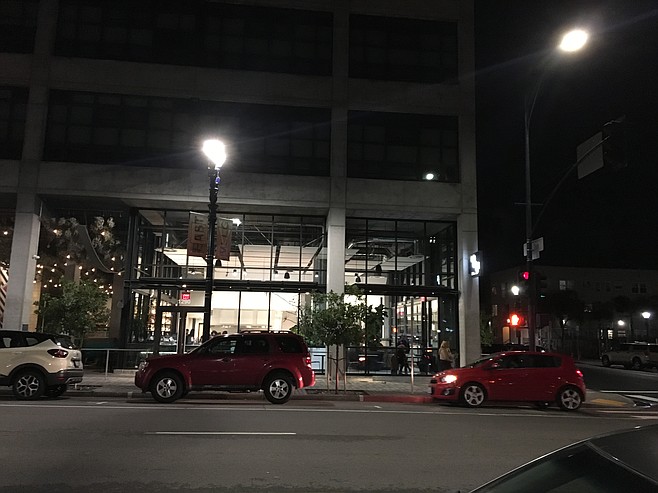 Lola 55 has been open less than a year.

I skipped the rice and beans but not the Caesar salad ($7), which came as long strips of romaine topped with an anchovy-forward dressing and big bread chunks.

“That’s because they’re doing it right — with anchovies,” I responded. I couldn’t finish it.

The reason I couldn’t finish the salad is because I knew I wanted to try the churros ($3) for dessert. They were served in the Spanish style with an almond dipping sauce.

Lola hasn’t been open a year, but it joins Puesto and Tahona as part of the region’s top taco triangle, although prices are cheaper than the other spots.