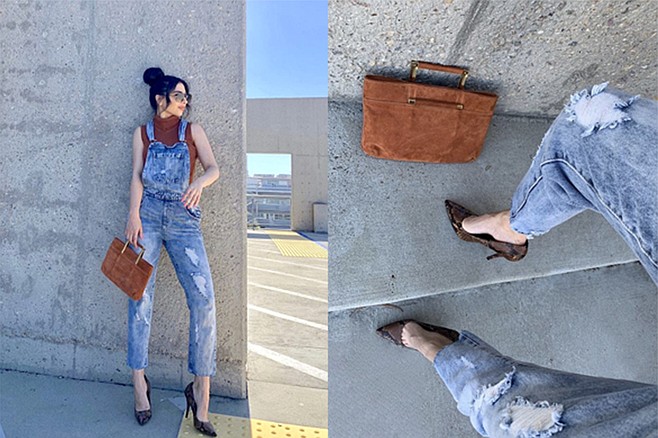 Used to pick up the Reader

A rare mistake in the Reader Puzzle. Mr. Wilk calls the “quickest point in tennis” an ace, actually, it’s a foot fault. And an argument could be made for calling a “point penalty” the quickest, for it is earned before a tennis motion has even begun; the players could be sitting during a changeover when the infraction is called and the point awarded.

David Levinson Welk responds: I love this note as much as I love imagining Andy Roddick register a 150MPH foot fault.

Mink off the rack

Veronica Garcia’s inspiring “Street Style” column on thrift stores (“Karen Olea’s thrift scores from Salvation Army and AMVETS,” July 25) finds made me recall second-hand fashions from 1969. My friends and I would get used combat boots at the Army surplus, spray paint them silver, and pair them with our new bell-bottom jeans. Or we would buy old print granny dresses at the selling service, chop them off into minis, and sport them with platform shoes and fish-net stockings. The real glamour came with used fur coat finds (apologies to today’s vegan sensibilities). Living then in Minnesota, I owned a midi-length mink, a black Persian curly lamb jacket, and another midi coat in cinnamon-colored sheared mouton lamb--all for under five dollars!

I have already written in about my disappointment with the stupid “Ask a Hipster” and “Street Style,” both for men and women. But now I see that you’re publishing an ad for P2K Sports, SELLING GUNS! Handguns, shotguns, rifles, “shooting accessories,” all out of a store in El Cajon. This makes me even more disappointed with the Reader, which I used to pick up every week to check out the musical events, restaurants, movies, plays, etc., and usually the cover articles as well. But it seems the Reader is now selling out to crappy things -- with gun use the huge problem it is in the country at this time, gun sales ad? It seems you’re selling out to negativity and danger, even though it appears the Reader already has plenty of sponsors. It seems the Reader is fairly quickly moving from the liberal paper it used to be over to “selling out” like most politicians these days. I’m very disappointed. 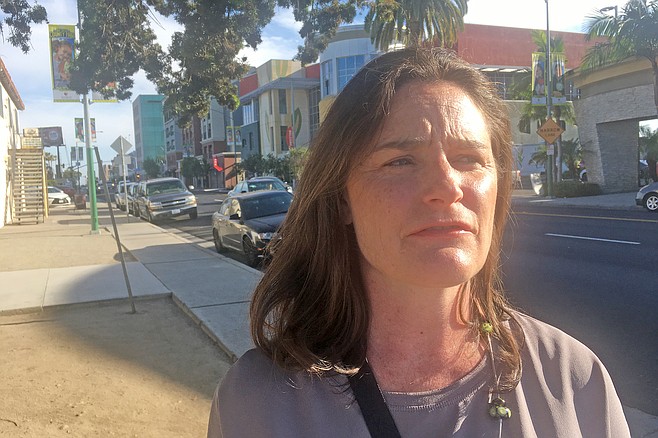 Becky Levine, a supervising attorney with California Western School of Law’s Community Law Project, says recent immigrants and refugees are “the most vulnerable people in the city.”

An apartment can become a home, but for us San Diego renters, there always seems to be an uneasy feeling about our rights as tenants in a world where, as put by your article (“City Heights renters fearful of lawyers, media,” City Lights, July 3) regarding fearful tenants in City Heights, “landlords are generally believed to rule.”

The concern over immigrant and refugee communities being fearful to exert their rights as renters and beyond is particularly timely, given the current political climate surrounding immigration that is playing out only a few miles south of City Heights at the U.S.-Mexico border.

It is understandable that many immigrants and refugees in the area are hesitant to accept free help over rental issues, while being cautioned against sharing too much information to people outside their community. As someone who has worked in refugee resettlement within the San Diego community, I have seen countless refugee family’s face the difficulty of navigating a rental scene that is setup to exclude them in a myriad of ways.

Want to rent an apartment but you have no credit or rental history in the U.S.? Nope. You had great credit in your home country? Doesn’t matter. This is not to say that all landlords are unreasonable, greedy, and inflexible and in fact, I have encountered many who genuinely strive to foster safe, inclusive housing.

It is to say, however, that both the rental process and housing structures do not ensure equitable access to housing for immigrant and refugee populations and discriminate against diverse, multi-generational family units. Issues of language barriers and confusing legal jargon, as discussed in your article, “City Heights renters fearful of lawyers, media” shed light on the reality that newcomers in San Diego face when trying to secure housing, a basic and immediate need.

Yet, one of the biggest issues is availability and existence of rentals that accommodate large families and multi-generational living that is common to immigrant and refugee populations. The work of the Community Law Project is meaningful, and truly vital for the “vulnerable population” but it is not a realistic, long-term solution to the problem. For this community to gain equitable access to housing, a transformation must occur. One thing that is integral to creating change is public engagement with all relevant stakeholders – city planners, community organizations, residents, and property owners. There is a desperate need for adaptability within the rental market, as San Diego neighbourhoods continue to change, housing must be part of the ebb and flow.

Distinguished geographer David Ley wrote that, “Place and identity are joined in a common task, a mutual connection.” Until communities in San Diego can transform to support diversity, there is a lot of work to be done to ensure equitable access to housing. In the meantime, support your neighbours and advocate for a just housing system so we can all feel at home.