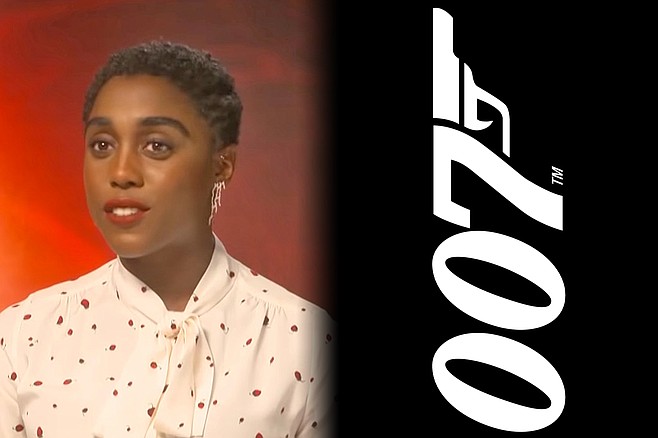 Are we really proving anything to ourselves by putting 007 in a dress?

What the heck? When will the hipsterfication end? I check my phone first thing this morning, and what do I get on the news feed? The new James Bond is going to be female, and black. Now, don’t get me wrong, it’s not that I think black, female actresses can’t be in action movies. Heck, more power to the movie studios that want to put out interesting films instead of the same, boring crap over and over and over again and each time it makes $500 million. But it’s like they’re trying to prove some hipsterfied point by deciding, after, like, 50 years, “Oh, hey, so you know James Bond? Yeah, he’s not the star of James Bond anymore.” I get how you want to have everything be all multi-culti etc., but are we really proving anything to ourselves by putting 007 in a dress? Why must even a spy thriller movie be so infuriatingly hipsterfied?

For years, I’ve been trying to persuade people that Emma Watson should be the next 007. Having been into Lady Bond way before it was cool, the only thing hipster here is, as you might surmise, my partially accurate take on the state of the world. As for the new 007, this is not the infuriatingly hipster approach to rethinking James Bond. If there were an infuriatingly hipster 007 retcon, it would probably go something like this:

EXEC: We should do another Bond movie. But these days the focus groups tell us the whole “treating women like things” bit isn’t playing well, especially after we made M a woman then killed her off so another white guy could take the job back.

EXEC: So, here’s my idea. We take the basic spy principle, but, instead of the usual Fancy Lad School graduate sipping Martinis and playing Baccarat, we go for more of a “dive bars and PBR” vibe.

EXEC: Damn it. You’re right. Well, how about we go the other direction. Let’s lean in super hard on the antiquated, sexist attitudes and all that stuff. I hear people are gobbling up ironic satire these days. It’ll be great, because we won’t have to actually change the character, if anything we can make him even more objectionable, but it’s totally different because we’re doing it to be funny.

YES MAN 1: People will love it!

YES MAN 2: Agreed, sir. 100 percent. People will think it’s almost as good as Archer, and that has been going strong for ten seasons.

EXEC: Damn it! Well, let’s stick with the leaning in thing, but instead of parody we will straight up resurrect 1960s Bond films. We’ll gloss over all the really bad stuff and romanticize the hell out of it. Bloggers can fight about whether we’re making a pointed statement on the dark mores of the middle twentieth century or simply indulging in regressive escapism.

EXEC: Oh, F&*K it. Give him a moustache and keep everything else the same.