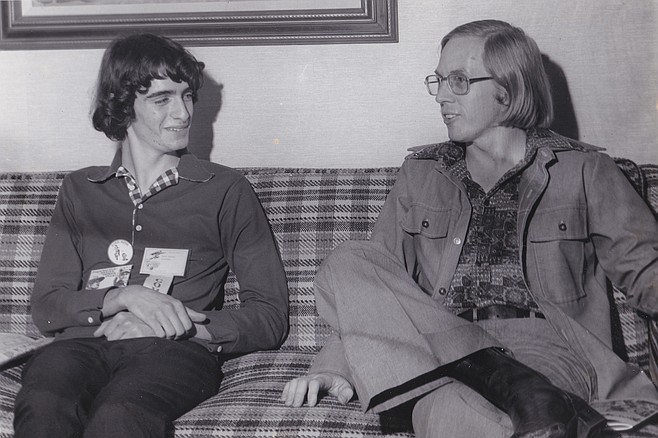 Comic-Con co-founder Barry Alfonso, back in his hometown

“When we first came to San Diego, we lived in Golden Hill, then on Florida Street in the University Heights area. From there, we moved to a little bungalow on Eads Avenue in La Jolla. I would have to say the oddest and most memorable things happened when we lived there — this was the late ‘60s, when you would see hippies mingling on Girard Avenue [La Jolla] with rich retirees and Navy petty officers. I later lived in Pacific Beach and Bankers Hill.” 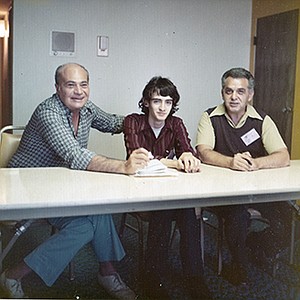 That’s writer Barry Alfonso, back in his hometown for two panels at Comic-Con, with his memories of growing up. A comic book maven from a young age, Alfonso actually co-founded Comic-Con with several like-minded friends in 1970, at age 12. And by his teens he was writing music reviews for the La Jolla Light, San Diego Union, and Rolling Stone.

Asked about favorite local acts, he recalls “Tom Waits was already an L.A. resident by the time I started going to shows, but he was still thought of as a San Diego artist. I always liked his work. I was lucky to have friends in local music, particularly Jan Tonnesen, who played wonderful guitar for such worthy combos as the All-Human Orchestra and the Troy Dante Inferno.” 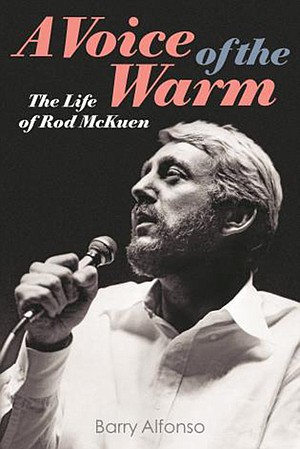 A Voice of the Warm - The Life of Rod McKuen

Hunting for cheap old LPs at Arcade Records downtown, and Swap-a-Tape on Midway Drive lead him to, among many other things, the work of Rod McKuen, that well-nigh-unclassifiable author-poet-singer-songwriter-actor-neo-classical composer who dominated the late ‘60s through the ‘70s. His name and often his words were on everything from greeting cards to travel bags.

Alfonso, who recently published A Voice of the Warm, the first-ever McKuen biography, elaborates: “McKuen’s words and music could make you feel good or a little melancholy. As I grew older and read Rolling Stone and similar publications, I figured out that McKuen wasn’t cool. He was more of a guilty pleasure or an ironic one.... I got the message that he was appreciated by unhip people who liked to have their heartstrings pulled. Rod was sort of taboo if you had a certain image of yourself as a sophisticated person. That’s what got me interested in him.”

Alfonso’s take on San Diego concludes, “It’s a town full of Theosophists, UFO cultists, dreamers, and comic book freaks. It’s a wonderful mixture of the exotic and the totally normal — like Rod McKuen, I might say.”

Raggle Taggle has become Steampunk Pirate! The inspiration is what Barry and all have created in San Diego.

When this wonderful weekend has past, we still play !

Thursday, July 25 6:30-9:30 Piazza della Famiglia Little Italy Sing and dance the evening away, or enjoy people watching, dinner, wine or beer in the beautiful European atmosphere of the Piazza. 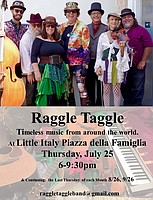