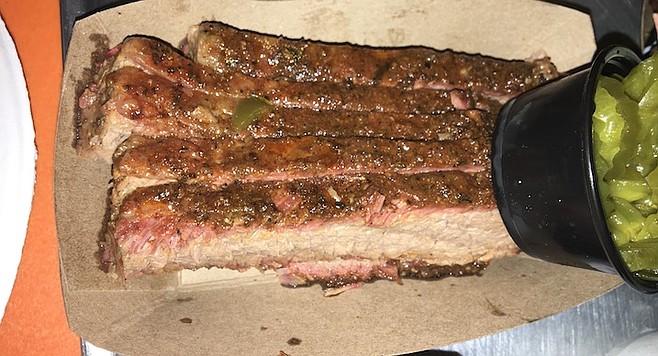 Ever taste something that immediately fulfills all the flavor dreams you’ve had in one bite? That’s how I feel about the habanero bbq sauce at Lil' Piggy’s Bar-B-Q in Coronado.

I admit it: I’m a sauce guy. When I eat BBQ, I like sopping the meat in a good tangy sauce. I don’t care if its the red Texas-style or the mustardy style favored in the Carolinas, just sauce me.

So it was a pleasant surprise when I checked out Lil’ Piggy’s at Ferry Landing in Coronado recently and got a chance to sample the brisket, ribs and pulled pork that is smoked onsite. Lil' Piggy’s offers up three types of sauce: regular Texas-style, a vinegar-based mop and a spicy and sweet habanero style. 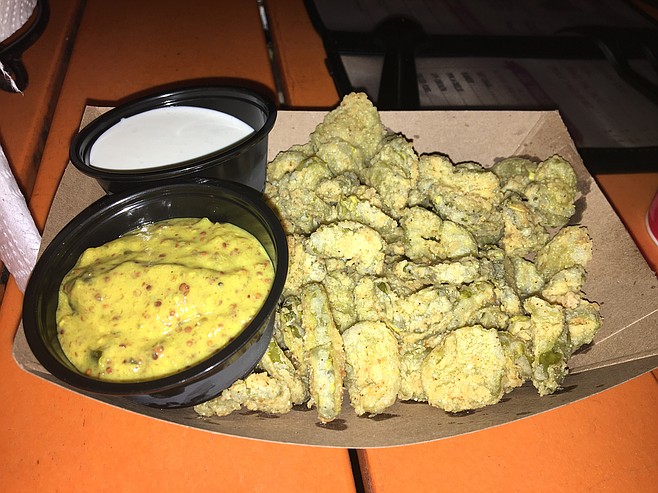 Lil Piggy's fried pickles come with both ranch dressing and a mustard sauce for dipping.

It’s that last one that knocked me out with each heated bite. I wish I could buy bottles of it.

My son and I showed up to Lil Piggy’s with large appetites, so we knew we were going to go big, with the gone to market sampler platter ($39). Which comes with four pork ribs, some brisket, some pulled pork, and a half-chicken.

Oh, and a choice of two sides: We got beans and coleslaw..

We started with the fried pickles ($6), which came with ranch dressing and a mustard sauce for dipping. Crispy and briny: The pickles were a good starter and the tanginess played off well with the brisket when I made a mini-sandwich. 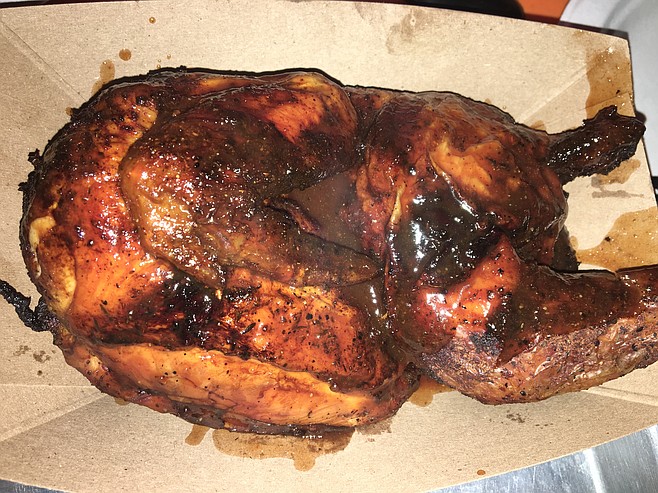 The sampler plate arrived, barely fitting on the table. We immediately starting chowing down and the first order of the day was to try the different sauces. My son isn’t into spice and he liked the regular Texas-style sauce. The vinegar mop was decent, but more liquidy, and I tend to prefer sauces that cling to the meat, the fork, and anything else.

That’s when I tried the habanero sauce. Both sweet and spicy, I used up a lot of paper towels just wiping the sweat off my brow. The sauce went well with the pork ribs, which were tender and juicy. 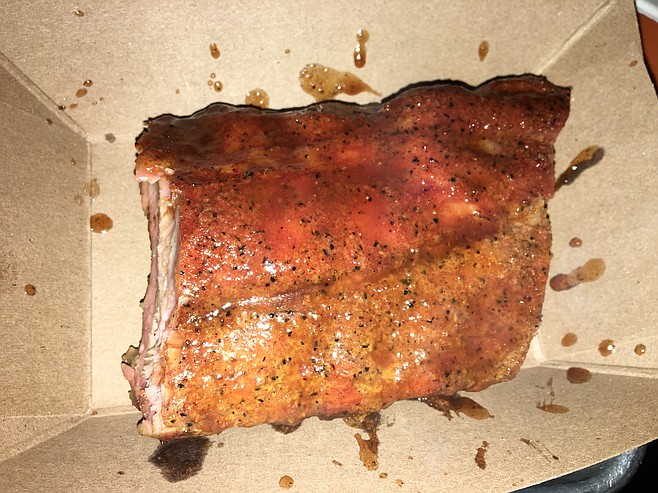 The pork ribs at Lil Piggy's.

The chicken was charred enough in spots to add a smokiness that blended with the habanero sauce.

The pulled pork was good, but not outstanding. At least not until I put some coleslaw for tang.

The brisket seemed dried out. Luckily, I had the sauce. That glorious sauce.

My only regret is that they don’t sell the sauce in bottles — or, in my case, barrels.