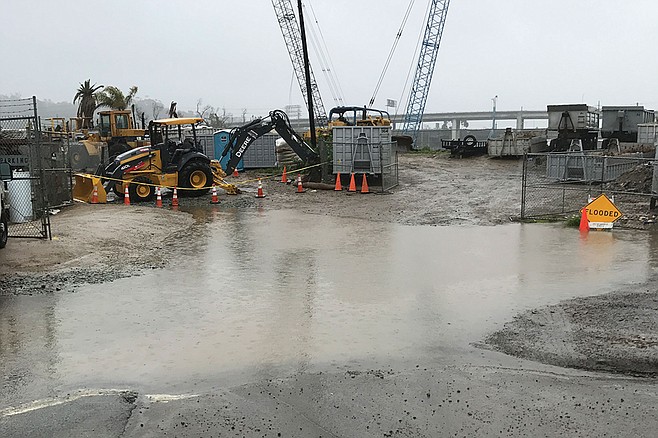 The State Regional Water Quality Control Board is crediting former Reader reporter Dorian Hargrove for a complaint against the San Diego Association of Governments and its contractor that resulted in a $36,371 fine for "actively pumping sediment laden storm water from the (SANDAG) construction site to the storm drain" in January 2018. Hargrove is now a producer for Channel 39 TV. 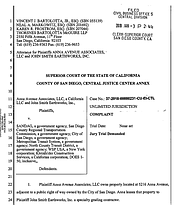 The construction site is part of the Mid-Coast Corridor Trolley project and is just north of Friars Road and east of Pacific Highway in the Morena area. On Jan. 9, Hargrove contacted the water board and made the complaint, according to Chiara Clemente, the water board's enforcement coordinator. "We went over at lunch break and saw that they were pumping ponded dirty water out of the construction yard to the street," Clemente said. "The fine is proportionate to what we saw that one day.

It's the second time SANDAG was caught disregarding storm water rules; the agency faced a similar investigation in Rose Canyon that resulted in a $50,000 fine a little over a year earlier. The rules designed to keep sediment-laden run-off out the the San Diego Bay and contributing watersheds are incorporated in the construction permits.

"We really appreciate it when the public reports these problems," Clemente said. "We can't be everywhere and we rely on the eyes and ears of the public to report violations."

The stormwater dumping is just part of a long-running fight over the Anna Avenue property. SANDAG filed a condemnation action in March 2016 to gain control over the land so it could use it as a construction yard. That lawsuit is now joined to a 2018 suit filed by land owner John Smith of Earthworks Inc., whose property has been flooded several times.

A phone call Friday afternoon was not returned. According to court records, the 2016 condemnation action has been consolidated with a 2018 lawsuit Smith and his company filed against SANDAG that alleges that SANDAG promised to deal with the flooding problems that existed on adjacent property — and did so by making them worse — building a wall that effectively acted as a dam.

"While Plaintiffs were negotiating with SANDAG in an effort to come up with a new solution for the drainage problem, they discovered that SANDAG's water study was defective because it failed to consider any of the drainage west of the railroad track," the 2018 complaint says.

SANDAG denied that its project and contractors are responsible for the flooding problems and told Hargrove in 2018 that the Smith property was always a flood zone because it is lower than the properties around it. The lawsuit — which includes the Metropolitan Transit District and several contractor — rages on, with a jury trial tentatively set for July 2019.

But in the meantime, SANDAG's acting executive director Kim Kawada agreed to pay the fine for one day of pumping sediment and stormwater onto Pacific Highway, where it headed to the storm sewer and into the bay.

Great to have Marty Graham, but still miss Dorian Hargrove. Glad to see he is an active presence in San Diego.

Yes, Dorian is a superb reporter.

Thans, DWBat! You're not so shabby yourself!

Hiya Nostalgic, Thanks for the comment. I miss reading all of your insight. It made me a better, more knowledgeable reporter. Don't hesitate to reach out. Hope all is swell! -dH

Hey, thanks Marty for the mention. It's much appreciated. Great job on the follow and with all of your reporting. Thanks-dH