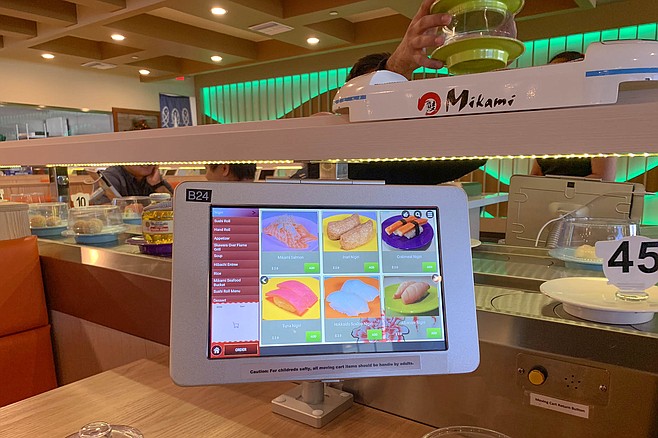 By belt or by train, you will get your fill

There’s a snazzy looking new sushi restaurant in Kearny Mesa, one that employs early 20th century technology to serve its customers. Mikami Revolving Sushi serves kaiten sushi, better known in the U.S as conveyor belt sushi. Which is pretty much your standard sushi, just delivered to your table on a conveyor belt. I think most people are familiar the concept: the belt runs in an endless loop, so that there are always small plates of fish passing by, within arm’s reach, so that when you see something you like, you just grab that plate and commence eating.

Fans of instant gratification will appreciate the efficiency. You grab one thing you like, then another and another, and then when you’ve had your fill, your server counts the stack of empty plates at your table and tallies a bill; in this case charging $2.80 per plate. 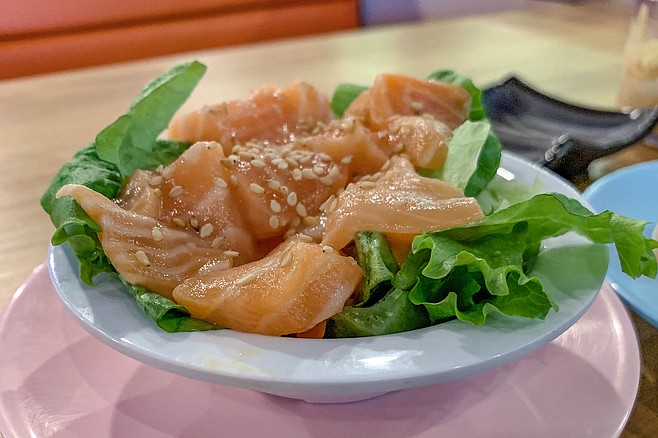 Those who think conveyor belt sushi is mainly an attempt to coax some fun out of second-rate fish… well, there’s an argument to be made there. The fish at Mikami isn’t terrible, but it’s not great either. It’s more the equivalent of the fish you’ll find at a fast-food poke bowl spot than anything a master sushi chef would serve. You won’t enjoy the sublime raw fish bites of an upscale sushi bar, but you’ll pay less than half the price. 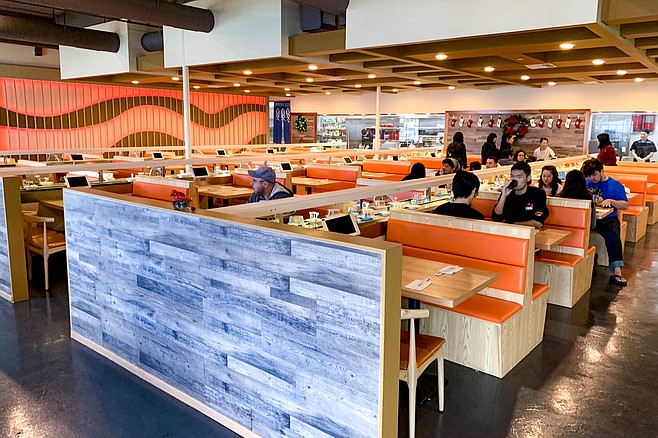 Which brings me back to the now 60-year established novelty of that conveyor belt. Mikami has several conveyor belts running their circuits between long rows of booth seating, and there’s admittedly a feeling of suspense watching the plate you want (two pieces of nigiri, or 3-4 slices of maki roll) as it circles around the bend and slowly makes its way toward your grabby hands. 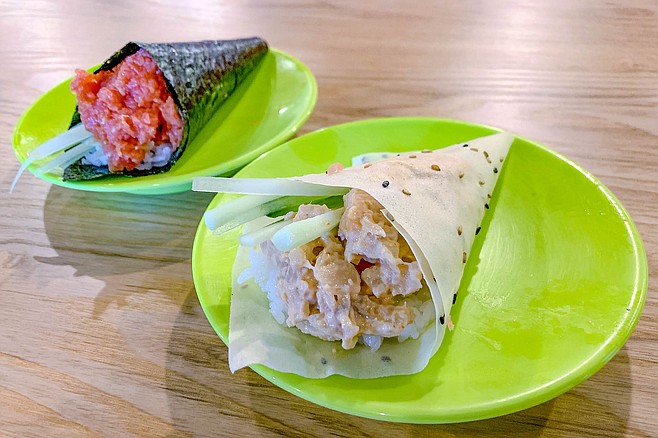 However, I’m more enamored of Mikami’s second mode of conveyance, which employs early 21st century technology to get you the sushi you desire. All the booths are equipped with touchscreen tablets, and running between them, parallel to the conveyor belt’s path, is a crude monorail leading straight to the kitchen. When you order a piece of sushi using the touchscreen, a chef in the kitchen quickly prepares it, then loads it onto a small train car, which zooms along the rail to your booth. You grab your piece of fish, then, by pushing a button, send the train back to the kitchen. 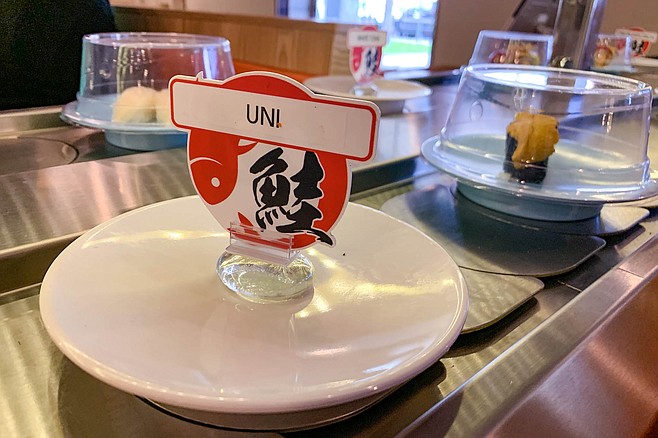 A plate of uni incoming

So if, for example, another party positioned further up the conveyor belt’s path keeps snagging all the uni, you can dial up your own for delivery by train. There are plenty of hot plates and “fish buckets” served this way (these mostly cost $7 and up), though the best use I found was dialing up a couple of hand rolls: spicy tuna in the traditional nori wrapper, and spicy yellowtail in a cone of sesame seed studded rice paper. 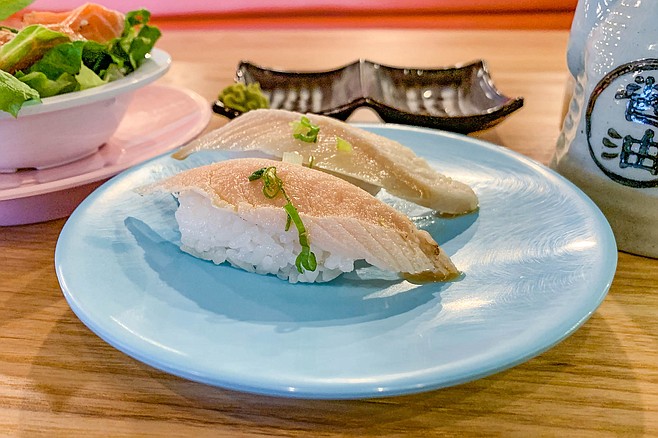 Like most of the stuff here, the rice paper was fun, but not necessarily an improvement. Eating here provides a relatively cheap and social experience, and if you do it right you can really drag out your meal, perhaps finding a fish that stands out (on this day, it was the salmon). Of course, you can just start grabbing everything you see and gorge yourself like you never imagined. Items I spotted on that belt included chunks of melon, slices of cheesecake, sesame balls, and a small glass of apple juice. 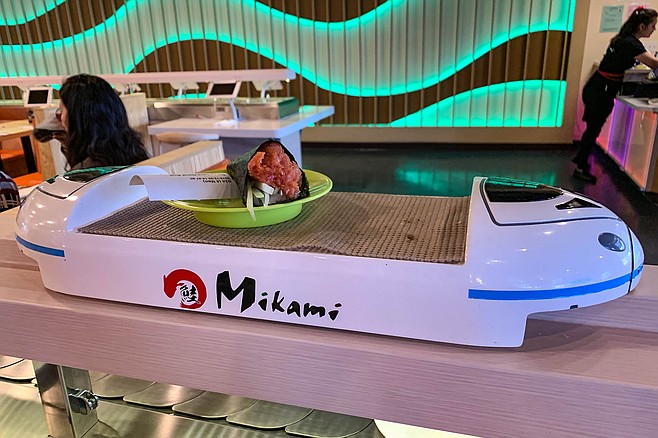 But keep watching that belt. Mikami just opened in November, and may yet find other fun morsels to send our way.