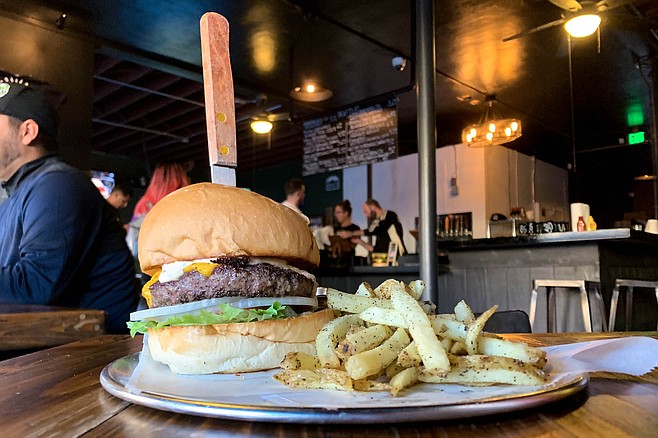 After years of waiting, South Bay burger lovers wasted no time showing up

The place opened at 4 pm, and I showed up on the dot. Too late to be first in line though — three other parties were ahead of me. I stopped to snap a couple of photos, and by time I got to the line it was halfway to the door. With two dudes taking orders at the counter, I made it to the front in no time, but when I looked behind me, the back of the line was out the door. By time my burger arrived, the place was crowded.

In little over two weeks, The Balboa South is becoming a primary destination on Chula Vista’s Third Avenue. It’s not surprising. The first expansion of Bankers Hill burger bar The Balboa Bar & Grill has been teased for two years, and locals have been understandably eager for its arrival. After all, its owner, Tom Logsdon, is the South Bay native who went from slinging burgers out of his home kitchen to creating one of the most-talked-about burger joints in San Diego. So the long-awaited opening of Balboa South represents a triumphant return home. 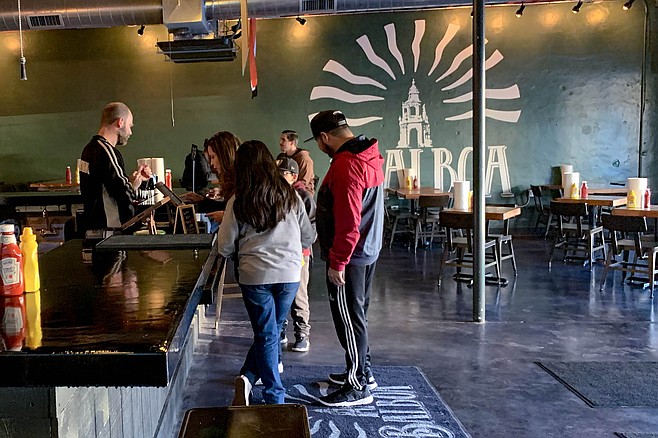 And for Chula Vista, its downtown finally gets a relatively high profile eatery, a casual one that pairs well with the collection of breweries that have helped revitalize its historic hub. (You can tell the zeitgeist is growing because this strip about to get its third specialty coffee shop.) 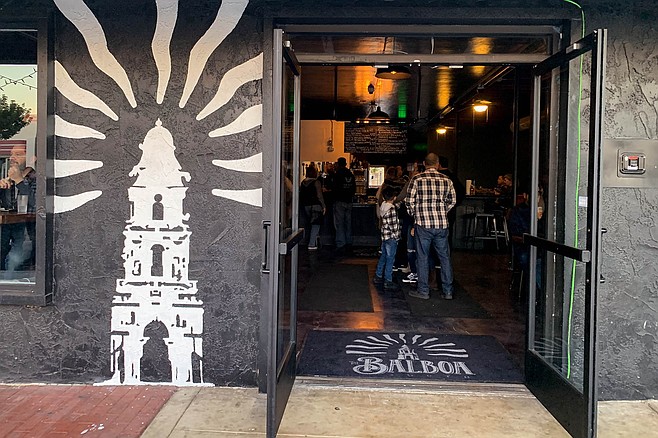 A larger space for Balboa burgers

While a family-friendly restaurant, The Balboa South retains a few of its bar-like tendencies, most notably some bar seating, a pool table, and solid, mostly local assortment of draft beers, poured to pair well with a killer happy hour deal: the signature Balboa burger for just five bucks from 4-6 pm. (to add French fries it’s $3-5). 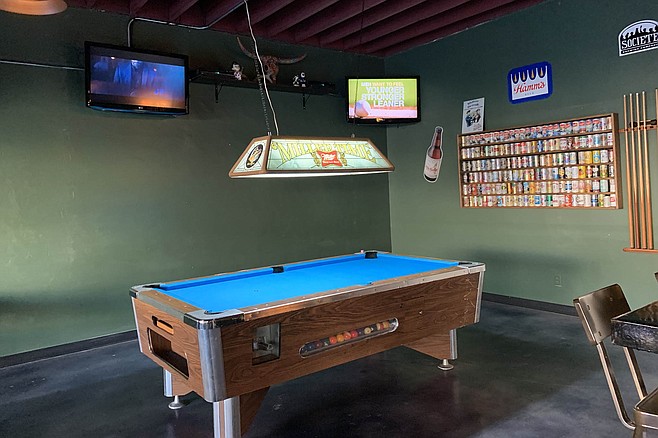 A pool table in the corner, more TVs to come

Normally $9.75, the third-pound, American-cheeseburger gets dressed with lettuce, tomato, onion, and chipotle buttermilk sauce. Next on the menu is the “classic” cheeseburger (ketchup and mustard, $9.25), followed by a few familiar offerings from the original restaurant, including a BBQ bacon cheeseburger ($10.75) and grilled chicken sandwich ($9.25). More meals on a bun will follow, as this still new kitchen continues to get its legs.

Right now it’s got crowds to contend with, and upon completion of a full back-room bar, this Balboa will have four times the capacity of the original. Which makes it likely to send burger-fed customers to surrounding breweries and other businesses. Already, The Balboa South is looking like a win for everyone on Third Avenue not named Fuddrucker.