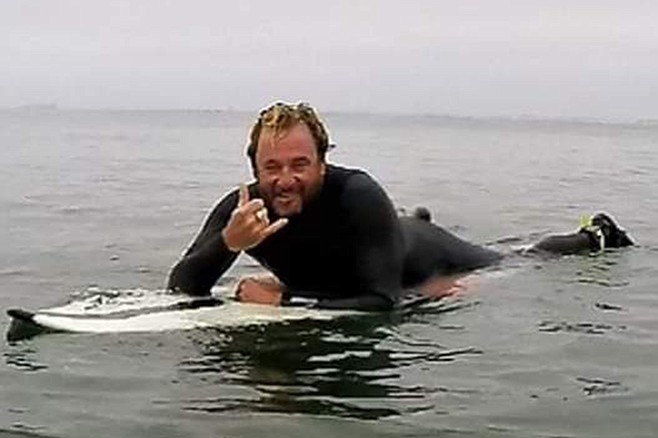 “When they withdraw, it’s like pulling a Christmas tree backwards”

The morning beach looks pristine and empty, except for the white teeth of the waves, like David Hockney’s A Bigger Splash.

But something has changed. Ah, yes. At the lifeguard tower, the purple stingray flag has come down. Finally! Does this mean the stingrays have left for warmer waters?

“I wouldn’t bet on it,” says Ken Irvine. And he should know. He surfs every day. He’s also the executive chef of Bleu Boheme restaurant in Kensington. “Stingrays love the warm shallows of IB, Coronado, La Jolla Shores,” he says. “I saw this GoPro video shot off the Coronado Shores two years ago. It was like a carpet of stingrays. Hundreds of them.” 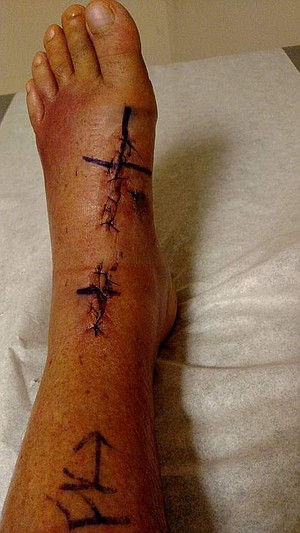 Irvine had his own really bad day three years ago.

“I was in knee-high water. I’m used to being stung once, twice a year. I’ve seen how they do it. These little guys turn, expose their tail. Then they shove their body at you. And when they withdraw, it’s like pulling a Christmas tree backwards. It rips the flesh and leaves venom and sea particles to infect the wound.”

This time the ray’s stinger scraped across the top of Irvine’s left foot. “He opened up a vein and cut the tendons to my toes. I got out and headed home. Our housekeeper was there. I put my foot in hot water, which is what you need to do, to pull out the toxins. I told her to bring some more hot water. But the water she brought was boiling. I suffered second-degree burns when she poured it in. Now I needed cold water to help the burn, but hot water for the stingray sting. It was impossible.”

He somehow drove himself to ER, where they wanted him to wait. “I am going to pass out if you don’t give me something!” he remembers shouting. “It’s like someone holding a butane lighter to your foot,” he says. “The pain goes to your bones and then up the leg. I have been 90mph through a windscreen before, so I know pain. But this was the worst I have ever experienced.”

Finally, they gave him a combination of Percocet and a morphine drip. It took six months in a cast to reconnect his tendons. Did he ever go back into the ocean?

He’s surprisingly nonchalant. “Every day. None of me and my surfing friends are put off by these fellers. You just shuffle your feet, thump with your heel, and hope for the best.” 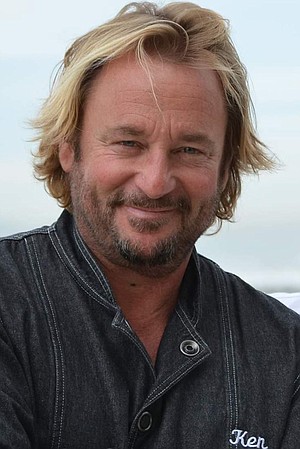 But he does believe the round stingrays that inhabit San Diego may be getting more aggressive. “Two months ago, my surfing buddy Scott was 20 feet from the beach. He got hit. I heard him go ‘Ugh!’ He told me, ‘It was clear water. I saw this stingray three feet away from me. He actually turned and came at me and struck! Luckily he only nicked me. But I had definitely not trodden on him. He attacked me!’”

Why is this becoming worse? El Niño? Warming waters? According to one theory, a big factor is the diminished numbers of Great White sharks, one of stingrays’ major predators.