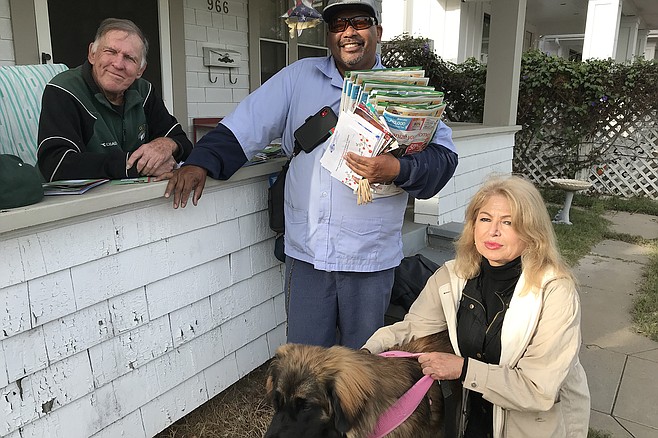 “My cards are me writing to one person. We’re actually talking to each other. And this is my handwriting, as crappy as it may be.”

You could call John Drehner a Luddite, a technophobe, or just a grumpy old man. Except he’s not grumpy. Ask him to imitate anyone from Bogart to Reagan to Trump. The guy has them nailed.

Drehner is the embodiment of Marshall McLuhan’s dictum, “the medium is the message.” He takes pride in having one ancient flip phone — “just in case I break down on some freeway.” 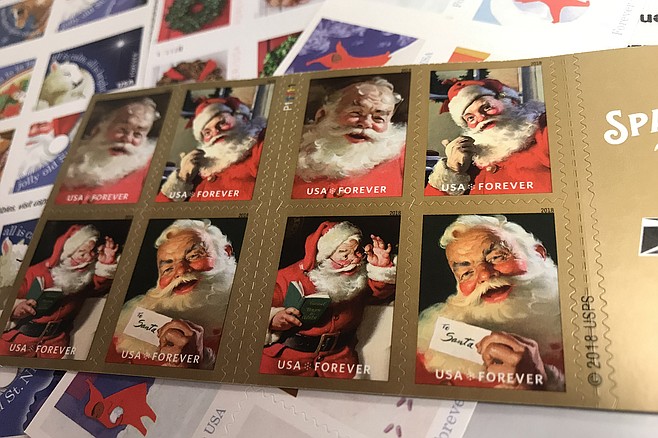 Part of Drehner’s $55 worth of postage stamps

But one thing he won’t budge on is cards. Christmas cards. The actual printed kind. He insists on handwriting nearly a hundred cards to friends and rellies personally, and mailing them in one big pile at his Hillcrest post office. We’re on his veranda. He has stacked his letters along the low balustrade. Seventy-six of them.

“I hate this electronic sending. It’s so impersonal,” he says. “I also hate form letters, the mailings of people who do a summary of their year. How little Johnny made it into the baseball team, and June is doing well in her first job. My cards are me writing to one person. We’re actually talking to each other. And this is my handwriting, as crappy as it may be.”

He says he writes three to four lines in each of them. “I used to have more people I wrote to, but I’m getting more cards returned each year.”

But he persists, despite the fact that the old technology costs more. “I buy 100 Christmas stamps,” he says. “That costs me $55. The cards come free, because I give to charities like Animal Rescue and March of Dimes, and they all send me cards. I use them.” 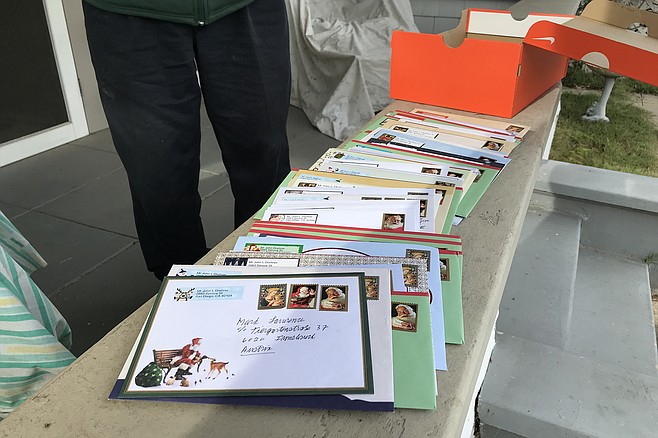 Justin, the letter carrier for this area, turns up with mail. So does Brigitte, walking her neighbor’s dog. She is a librarian who also used to work for the postal service. It turns out Drehner has been a letter carrier most of his working life too, even though, with two degrees, he was over-qualified.

“The number of seasonal cards is down,” says Justin. “I mean, there are still plenty to deliver, but not as many as before. I think it’s older folks like Mr. Drehner who carry on the tradition.” 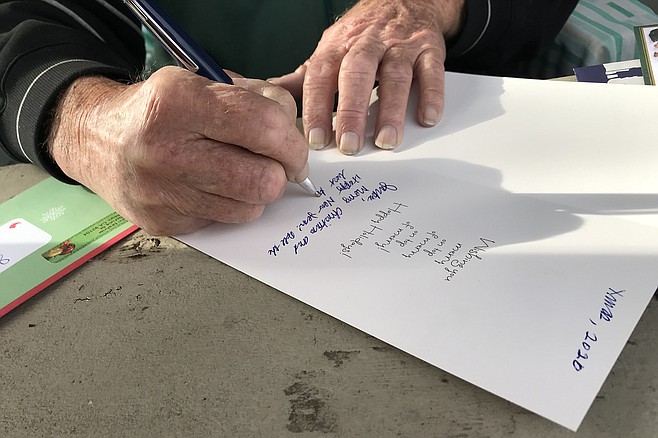 Each has a note. Somehow writing it by hand makes it more personal

So who are all these people Mr. Drehner’s mailing to? A big chunk of them are old girlfriends. “This is Anna Marie Diekmann, Hanover, Germany. We have been corresponding since 1966. I met her through a thing called the ‘Correspondence Catalogue.’ Pen pals. She was 16, I was 28. She was too young for me. But we have been pen pals for 50 years.”

Other cards are addressed to ladies in Malmö, Sweden; Ecuador; Fayetteville, Arkansas; and El Cajon.

“I also exchanged cards with famous people like Liv Ullman, the Norwegian movie star, and Julie Harris (think The Haunting),” he says. “I even sent Julie Harris an audio cassette with me doing 25 voices, from Bogart to Greg Peck to Boris Karloff.”

The problem: this would have been ten years ago, and by then, there were no more audio cassette players. Marshall McLuhan again.