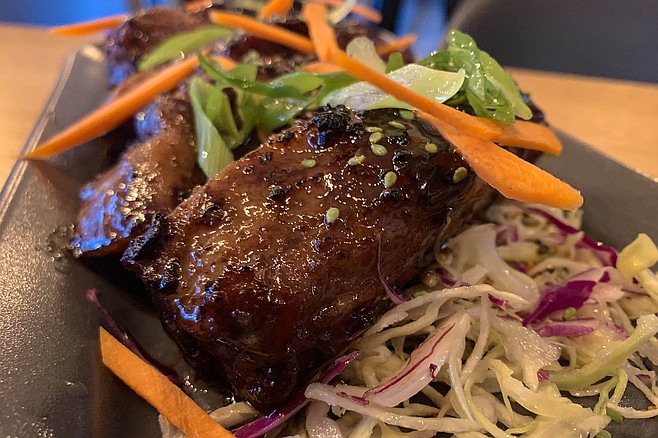 The brewery’s East Village taproom and restaurant raises its game

By the end of this story, chances are you’ll forget I’m talking about gluten free food. That’s exclusively what Duck Foot Brewing serves at its East Village restaurant and taproom, where even the beer has been stripped of the stuff. In either case, you won’t find any reason to miss it.

Beginning with the Brazilian cheese bread ($7), or Pão de queijo, which is already meant to be made with gluten free cassava and/or tapioca flours.

Crispy on the outside, smooth and chewy within. They make a fantastic showcase for the parmesan umami, except rather than grit a hard crumbling cheese between your teeth you sink them into lavish, cushiony texture of tapioca. 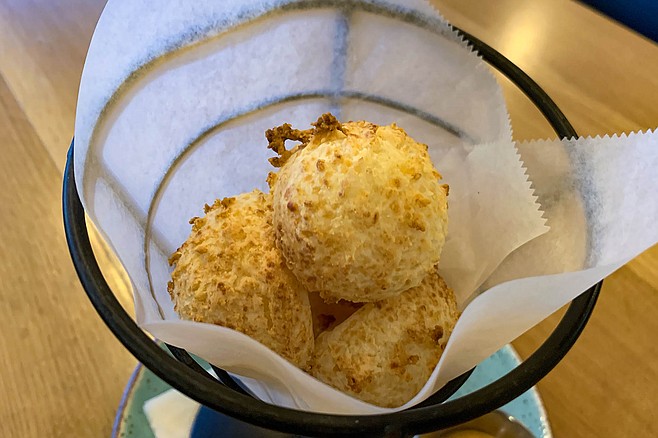 Going a different cheesy direction is the mac and cheese ($9), where corn and quinoa based pasta swims in a creamy blend of melted cheddar, jack, and smoked gouda. There’s an option to add pulled pork or buffalo chicken for $3, mushrooms or kale for $2. I’m sure these are value added propositions, but the wheat-free mac stands up quite well on its own, even without the default sprinkling of basil and bacon crumbles.

Duck Foot has been fine tuning a few of these dishes since Ed Bedford visited the new concept last summer, and contributing to a recent menu refresh was chef Flor Franco, a star caterer and restaurant consultant who operates the kitchen and events space, Franco on 5th, in Bankers Hill. Like Duck Foot cofounder Matthew Delvecchio, Franco happens to be among the one out of every 133 people with celiac disease, which makes the chef well versed in the ins and outs of navigating a gluten free diet. 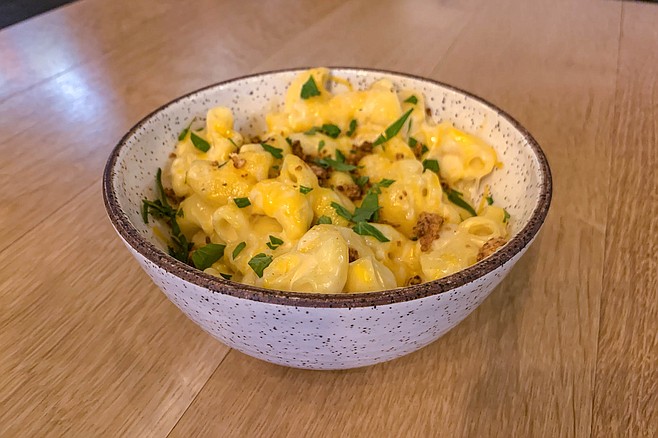 A gooey mac and cheese for the gluten free, and everyone else

One of the new dishes she added to Duck Foot’s menu is that standard of Spanish tapas bars, patatas bravas ($7), interpreted here as smashed baby potatoes topped with scallions and chipotle aioli. The potatoes are tender, with pleasantly toothsome skins, but it’s the smoky warmth of the chipotle that makes the dish. It’s tough to get excited about potatoes, but I’ll tell you what, these will almost make you forget about French fries. If you want them made a little extra, add egg ($1) or shrimp ($3). And, take note, that chipotle sauce is also served with the cheese bread for dipping. 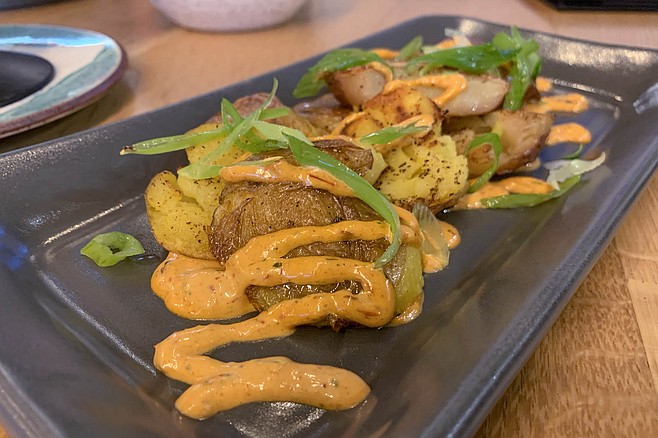 Patatas Bravas with smashed potatoes and a terrific chipotle aioli

Any of the above dishes will prime your belly for a second round of beer, but there are several sous vide meat dishes to consider. We’re talking brisket nachos, shrimp ceviche, and sliders made with cheese bread buns and a choice of either pulled pork or chicken (all $13). But the highlight has got to be another new Franco dish: pork ribs, glazed with a honey-based sauce also featuring the Duck Foot honey ale cleverly named Drink This or All the Bees Die! The sumptuous ribs are cooked in sous vide for 16-hours, and finished with a dusting of both black and wasabi sesame seeds, the latter standing out as little green specks in contrast to the dark glaze.

It's deceptively casual food for a casual taproom and restaurant right beside the Park & Market trolley stop, and it will help you forget you ever worried about gluten.