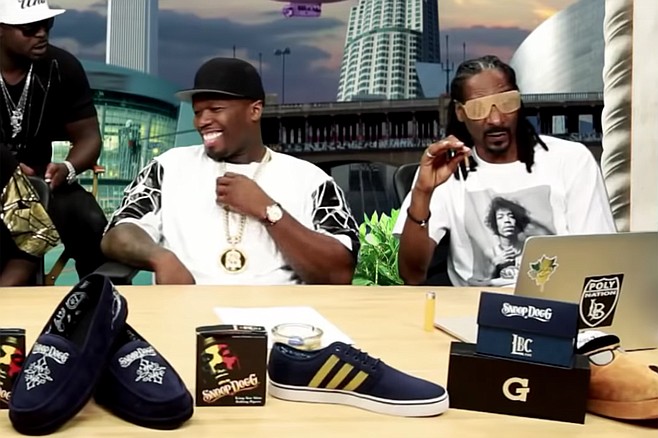 City Heights’ Newbom on ITSOKTOCRY, Xxxtentacion and other mumble rap

“That’s what’s wrong right now, everybody trying to rap the same style with the, I don’t know who created it, if it was Future or Migos,” said Snoop Dogg in a 2014 SnoopDoggTV video segment, “but all them niggas sound the same.”

Then at about the seven-minute mark of the YouTube video, Snoop and Grammy-award winning rapper 50 Cent, mimic the “mumble rap” style wherein the lyrics sound indistinct.

In the 90s, my uncle said the same thing to me as I watched the “Doggy Dogg World” video on MTV. “Why they gotta ruin The Dramatics’ [sampled] song like that,” he said, “I don’t understand what they’re saying.”

That was in 1994, about three years after Aaron Newbom was born. “Snoop’s position is absolutely right about a lot of the mumble rappers,” Newbom said. “But, the same statements could be made in any genre of music. So he is right, but also wrong in that sense.”

Newbom is a mumble rap fan from City Heights; I chopped it up with him on October 21 before he left to work at a local medical manufacturing facility. “What mumble rap song sounds original and artistic, to you?” I asked him.

“Let’s start with ITSOKTOCRY,” he responded. “In his song ‘Jirachi,’ he makes use of voice alterations and autotune, but in a way that he almost turns his voice into an instrument on its own.”

ITSOKTOCRY is a Denver-based rapper with face tattoos and colored hair — two characteristics that older hip-hop heads tend to identify with mumble rap, which is not always “on point.”

“On his ‘Pop, Lock, and Dropdead’ song, ITSOKTOCRY portrays this ‘party to escape the endless depression we are all experiencing in this society’ mentality,” Newbom explains. “He is also sarcastically bragging about complete despair and suicidal thoughts” — which are themes evident in the emo rap subgenre that’s crossed over with mumble rap, at times.

While most of ITSOKTOCRY’s lyrics are coherent, the mumble part of the song, goes:

Got blood on my pink Vans

Got knives, I don’t use hands

Hush man, you not my mans

“Not all mumble rap is meaningful and artistic,” Newbom admits, “but not all 90s rap is either.”

“Then of course there’s also Xxxtentacion. Most hip-hop people I know agree he was one of the most talented artists who died in 2018 before he really got to flourish.”

Snoop will perform at the House of Blues on December 8. ITSOKTOCRY does not have San Diego listed in his 2020 schedule as of yet.

I've stopped listening to radio altogether mostly but while having a Lady and tryna connect bluetooth to my car stereo I'll catch some and it's still shitty! Jumbo rap shouldn't even be a category in my opinion. It's not worthy of the stage that REAL RAP of the 80's into 99ish pushed out. Sure there were some idiots then but the "overall" was always easy to see because the "wacks" never outweighed the core rappers at the time unlike today lmfaooo. It was always known that if You ain't making sense, spitn sustenance, ryhmin your own style that's easy enough to follow and not too fukn confusing, stating facts along side some comedy caps if You were tryna diss someone, then You ain't shit and wouldn't even make it to a stage unless you built one in yo backyard!

From BigDaddyCane, SlickRick, Kwame and Special Ed to 2Pac, Biggy and early LL...don't even have to go into groups from NWA to the WU, that was that!!! There were no dumbass kids with rainbow hair making commercials for cabbage patch dolls and skittles putting out what ignorant youngins would buy A LOT of and call "rap"! Just cus these mofos makn money don't mean they've "arrived", WTF???...Rap was revered and never disrespected but when illuminati got a hold of it and made popup dolls lik nikki, igy and now cardi???.....Hanaka ass dizzy drake who's fukn name is aubrey and came off a kid channel????.....You kidding me??? If that's the case they should've signed Garbage Can Oscar from Sesame St. back then, his persona alone cud punk deez wanabeez today!! Egg head wit a Clit4lips ass jayzeee all da sudden buys defjam????...Went from turbotwista rappn in cross color clothes to flowjackn from various MC's???..Yea nah maannz...Ain't shit about today HipHop...aaallldat smells lik bitches behind the scenes fukn "real" shit up so the masses can stay ignorant, dressup like teletubbys and whine about their 3d person, (shooter, haha...), transgender bullshit not being respected but yea..."dem boyz good..", helldafuk NOT!! How ima listen to mumble bitches who stole their flo from Snuffleupagus?!! I mean the songs must average an hour each or sumn right...likiddy splikkiddy TRASH!