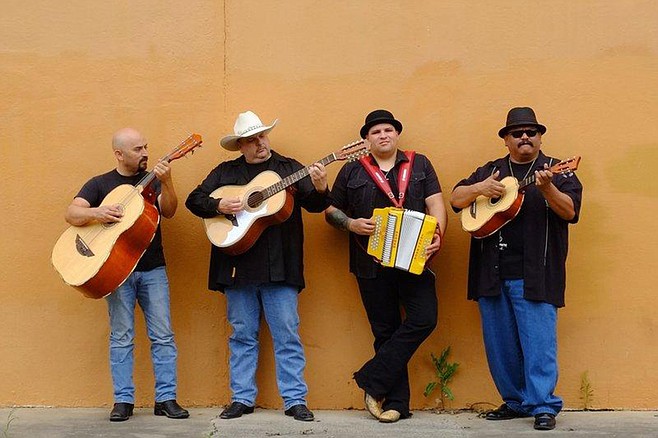 “I love exposing people to all types of music,” explains Steve Kader, the talent buyer for the Adams Avenue Street Fair, a gig he’s held for the past 15 years after logging seven with 4th & B and three in the same capacity at the Birch North Park.

Kader didn’t hesitate when I asked which band he’s bringing to the fair he’s most excited about. “No mistake, I’m really pumped about Los Texmaniacs. They’re a Grammy-Award winning conjunto band led by Max Baca, who is one of the premier bajo-sexto (Mexican 12-string instrument) in the world. For this gig only, they will be joined by Cesar Rosas of Los Lobos. All of these guys like to mix it up.”

So what can audiences expect?

“They can expect high energy music with a lot of influences outside the traditional Tex-Mex. Cesar will be coming in from the Eric Clapton Crossroads Festival in Dallas, Texas. Los Lobos is playing that gig on September 21st, then he’s flying to San Diego on the 22nd to play our show,” says Kader, who explained his attraction to this particular band.

“To me, it’s like the best of American music — a very multi-cultural experience. The leader of the band grew up listening to everything — rock and roll and punk alongside traditional Mexican music. As he grew older, he began to absorb blues and jazz, and I think they reflect all of those influences and that’s really important, because they have one foot in the future and one in the past. People really love these guys and this music, which is very upbeat and danceable and fun. Plus when you add the name of Cesar Rosas who played in one of the most iconic bands of all time — we’re expecting a large crowd.”

So what are the details?

“They’ll be playing at the Roots Rock Stage on Sunday, September 22nd which is at the corner of 34th and Adams,” says Kader. “They go on at 4:45 and they will play until about 6 pm, effectively closing the fair down after 2 days of music and 100 bands.”

“We have about 50 people working for us in terms of staff support. We get a lot of help from the neighborhood, which you need when you are blocking the streets off for a half-mile. We’ve kind of naturally evolved with the neighborhood over the years.”

I think you mean Cesar Rosas.