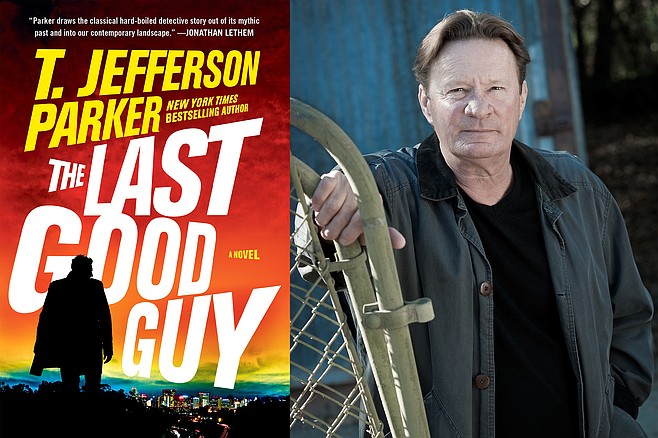 Fallbrook has its own schemers, scammers, and scoundrels

In 2018, Jason Berry published City of a Million Dreams: A History of New Orleans at Year 300. James Carville blurbed it thus: “We’ve been taught since we were children that New Orleans has the most rich and nuanced history of any city in the United States. Now that Jason Berry has written this masterful work, I no longer believe my city is more interesting than yours — I know it. Read this book so you can agree with me.”

Curiously, there was at least one New Orleanian who didn’t learn that childhood lesson: Jason Berry. I know this because I met Berry back in 2011, and he told me that one of the reasons he loved Walker Percy’s novel The Moviegoer was that it taught him that New Orleans — his hometown and the novel’s setting — could be interesting enough to write about. Imagine. But that’s familiarity for you.

I thought of Berry as I started in on T. Jefferson Parker’s PI novel The Last Good Guy. Our hero, Roland Ford, lives in Fallbrook, like Parker himself. “Fallbrook is a small, fragrant, old-fashioned town, a mom-and-pop place,” explains Ford. “We have characters. We have a peaceful side and a rough side. We are awash in classic cars. We bill our town as the avocado capital of the world.” Hard to imagine any kid growing up there and wanting to enshrine it in tough-guy prose — when we’re young, we all think the real action lies in the big city. And while it’s true that Ford’s pursuit of a missing teenage girl takes him out of Fallbrook, I saw mentions of Encinitas, Carlsbad, Oceanside, Rancho Santa Fe, the empty wilds around El Centro, San Onofre State Beach, and even La Jolla and La Paz — but not the big city of San Diego.

Granted, there’s big money in a lot of those places, the kind that makes big crimes possible. But that’s a difference in size, not in kind. As Ford notes, Fallbrook has its own peaceful side and rough side, meaning its own haves and have-nots. And like as not, its own schemers, scammers, and scoundrels.

My son did an experimental year of college at a tiny town in Wyoming. When he started bellyaching about the general lack of there there, I stopped him. “You’ve got restaurants, bars, places for social gathering, churches, parks, a shopping district, some fancy houses, some run-down houses. I bet people play Lotto and poker there. I bet people fall in love and have affairs. I’m sure there are drugs and murders” — alas, the nearby Wind River Indian Reservation had serious problems with gangs and crime. “Basically, it’s just like Vegas, only with less glitter and greasepaint. Somebody could make a movie about it.” In fact, somebody did: Taylor Sheridan, whose Wind River came out in 2017.