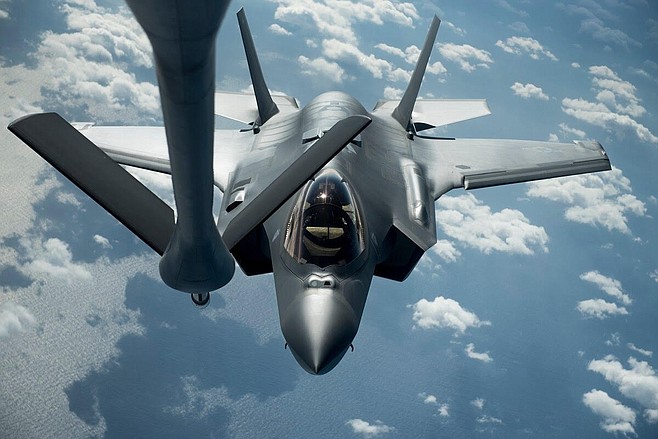 According to the document, dated April 17, auditors "found that training ranges and airspace did not have the capability or capacity to support aviation readiness."

The report added, "the training land, airspace, impact areas, and electronic warfare systems were more limited than what was required for training with ordnance and the aircrafts’ capabilities." 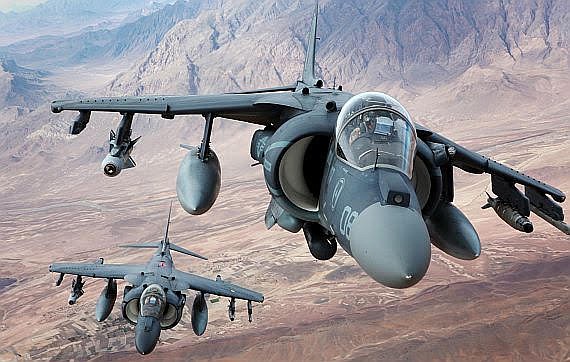 "AV-88 pilots could not use their main weapon on the range because of a lack of moving targets."

"As a result, the aviation units...could not train as they would fight, which the National Defense Strategy states is essential for lethality and success in accomplishing theater campaign and operation plan objectives."

A big part of the problem, auditors found, was the unavailability of vast expanses of airspace needed for the tricky maneuvers of flight training in the supersonic F-35 stealth fighter jet.

One of the F-35s, belonging to the Japan Air Self-Defense Force, went down April 9 in the Pacific Ocean off northern Japan, setting off a frantic race with Russia and China to find and recover the classified debris. 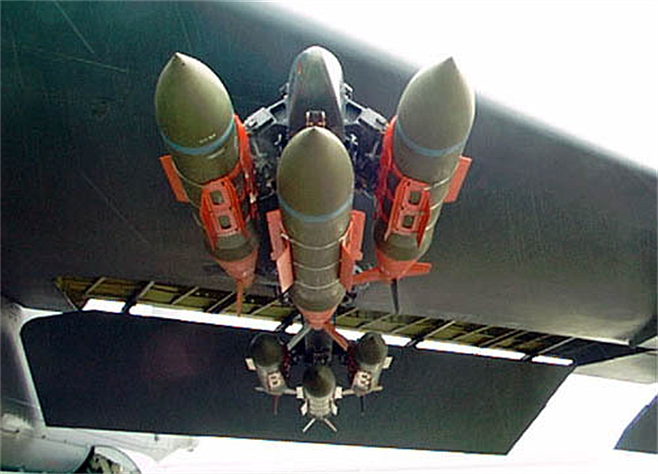 There is a severe shortage of so-called Joint Direct Attack Munitions.

"The Marine Corps’ premier range for aviation training was the Marine Corps Air Station Yuma, Arizona," notes the Pentagon report of its months-long review. Training ranges observed at the base "included land and airspace across Arizona and California, but the airspace of various ranges were not connected," limiting operations of the supersonic aircraft.

"An F-35 pilot at Marine Corps Air Station Yuma stated that, as a result of the airspace restrictions, he could not shoot stand-off weapons during normal exercises, could not fly in his fighting formation, and was limited to where he could train with live ordnance," the report says.

"The F-35 pilot stated that he could not achieve five of nine mission-essential tasks at Marine Corps Air Station Yuma due to a lack of airspace."

Unmanned aircraft fared no better. "A UAS operator stated that UAS operators were unable to obtain the airspace they needed to conduct advanced training because Yuma did not have UAS-dedicated airspace and the UAS had to share with manned aircraft."

"An AV-88 Harrier (fixed-wing) pilot, stated that there was not enough ordnance for the pilots to use during training exercises," the Yuma auditors reported.

"He stated that the last time the [Marine Aircraft Group 13] pilots had JDAMs for training was 2 years ago during the weapons and tactics instructor course because JDAMs were in high demand in overseas war zones.

"He stated that as a result, there was a good chance that Marines would arrive in a combat environment never having trained with the JDAM. He stated that the simulators cannot replicate the missile well enough to provide effective or realistic training."

Finding something to shoot at hindered training, the report found.

The root of the problems, the audit says was that the country's "land, airspace, and impact areas on training ranges were designed to meet mission needs of World War II and the Cold War," and that "funds available for modernizing range capabilities, such as electronic warfare systems, were prioritized for operations in Southwest Asia, and limited by continuing resolutions."

The document targets "protection of endangered species' and "safety considerations related to the use of weapons" as training inhibitors. Other findings were redacted from the public release of the audit.

Audit recommendations "including addressing the airspace and impact area needs of advanced aircraft and weapons, such as the F-35; and the need to join neighboring airspace on a continuing basis," were concurred in by Pentagon brass, the report says.

"We will close the recommendation when we verify that the Office of the Assistant Secretary of Defense for Sustainment developed and implemented a plan to field and sustain DoD-wide solutions to address training gaps," the document says.

Doesn't it bother you that with all the vast military training reservations in Arizona and Nevada--and California, too, they can't train properly? It does me. Huge parts of those three states are off-limits to everyone to visit and to use for camping, hunting and fishing. Blaming the limitations on a lack of "funds available for modernizing range capabilities, such as electronic warfare systems, were prioritized for operations in Southwest Asia, and limited by continuing resolutions" is typical, but doesn't tell the story. If the Navy an Marines really wanted to upgrade their areas, they would get the funding. Now they cannot train on the munitions that they are expected to use in real combat. What does this portend for the new F-35 family of jet fighter/bombers? They are, we are told, marvelously capable warplanes, but if the pilots cannot train on those capabilities, where are we left. Up a creek? This is a matter of priorities, and too often the military services end up with them backwards.

For many years pilots trained with dummy rounds. They really don't need to blow something up to see if they are on target. Dummy rounds can be used over and over. Like school systems the military never has enough funds and are always whining about it.