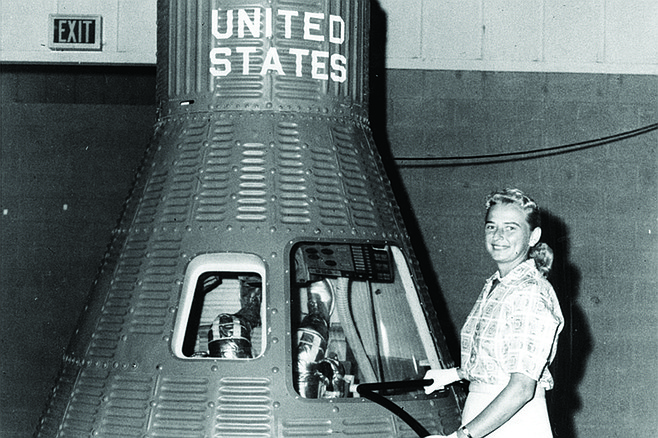 Jerrie Cobb: the “her” in They Promised Her the Moon

Her 30 years of missionary work are the real story

Jerrie Cobb was an exceptional human being. So exceptional that her stress test scores exceeded those of the astronauts in the Mercury 7 Project. She is the “her” in They Promised Her the Moon.

They Promised Her the Moon

The Mercury 13 Project was a privately run astronaut program which mirrored NASA’s Mercury 7. The most significant difference was that the Mercury 13 participants were women. Mercury 13 used the same contractor who executed the Mercury 7 tests.

Another difference was in the flight experience of the women. While several of them had more flight hours than their male counterparts, none of them had jet aircraft experience.

As compelling as this story is, it is what Jerrie Cobb did after Mercury 13 that makes her a hero. For over 30 years Jerrie Cobb, a devout Christian, flew medical supplies to remote indigenous tribes in South America. She completed humanitarian missions to such an extent that she was nominated for the Nobel Peace Prize in 1981 and was honored by the governments of Brazil, Peru, France, Ecuador, and Colombia.

In my opinion, Jerrie Cobb’s 30 years of missionary work are the real story. The Mercury 13 Project was a prelude to her life’s work. In this way, her story parallels that of Louis Zamperini, the subject of the book and movie Unbroken.

After his harrowing experiences in a Japanese death camp, Louis Zamperini became an alcoholic and was spiraling toward suicide. He was tricked into attending a Billy Graham event, had a religious experience, and for the next 50 years, he dedicated himself to serving at-risk boys.

How is that a parallel? The attention given their stories focuses on the great adversities they faced, as opposed to the sustaining faith which fueled their service to humanity after the adversity. That is to be expected, as plays and movies are fueled by adversity — not faith. Never faith.

They Promised Her the Moon plays through May 5.