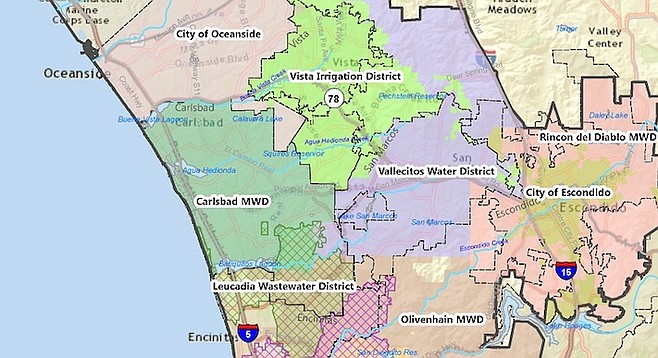 Tom Scaglione was assistant general manager and CFO at San Marcos’ Vallecitos Water District. He retired in May and now teaches at Palomar College in their water/wastewater technology program. He’s become a critic on a huge rip off to district ratepayers. 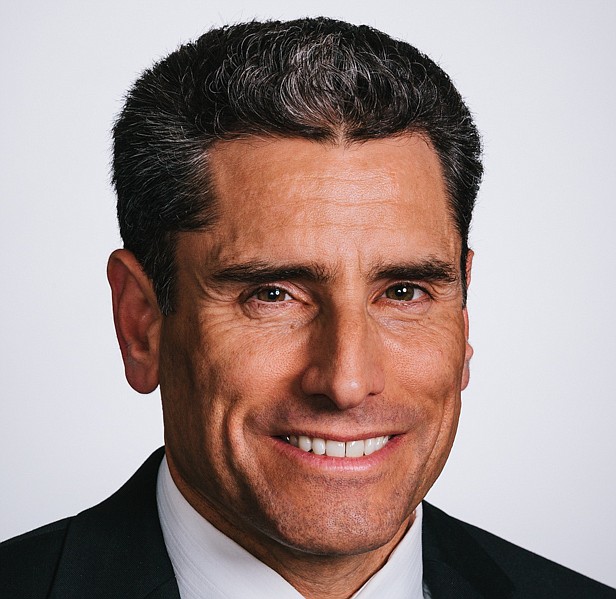 In 2012, the board of directors of the district tried to increase the sewer impact fees charged to developers wanting to build in the district, which covers San Marcos, plus small parts of Carlsbad, Vista, and unincorporated areas including Lake San Marcos.

“The developers didn’t want to pay it,” said Scaglione. “They took over the board in the 2012 election, ousting longtime members. It’s now a four-to-one majority for the developers. At their very first meeting, they started making accommodations to developers.”

“In 2012, Vallecitos had a $3 million deficit in the developer infrastructure fund,” said Scaglione.

On October 24, as part of the local multi-college campus symposium, Political Economy Days, he presented his scathing report at Palomar College on the State of Water Rates for ratepayers in the Vallecitos District. He reported that since 2012, customer’s rates went up 5.7 percent annually. The developer fund went up only 2.9 percent.

In the most recently adopted district budget,

$84.4 million in ratepayer’s funds will be accelerated to $96 million over the next five years. The developer fund will have a deficit of $44 million. Scaglione points out the district is using ratepayer funds to pay for new infrastructure caused by new development. The 21,000 district customers will pay an additional $552.38 each.

Scaglione says Vallecitos directors Mike Sannella and Hal Martin are in the developer’s pockets. “The development industry is spending $50,000 to get Sannella elected to the city council in the upcoming Nov 6 election.”

“The only ratepayer-focused person left on the board is Betty Evans,” said Scaglione.

In a telephone interview October 27, I asked what could ratepayers do to change the direction of ratepayer vs. developers? “San Marcos is run by developers,” he responded, pointing out that the Vallecitos Water District has the largest undeveloped boundary in the county.

While Scaglione’s report had several ideas for changing course in the district, he acknowledged there is no political will in the city to do that. “The developers come in here with a bunch of money and create a deception, and the ratepayers don’t stand a chance.”

This is why I'll be voting for Randy Walton for City Council in district 2. Shame on Sanella for making ratepayers pick up the tab for developers!!!

Many years ago I worked for Vallecito's Water District and since retired. I really enjoyed my employment there and I am not a disgruntled employee. My comments are mine and not the Districts view so keep that in mind.

Years ago we had a awesome board of Directors when I started with the company back in the late 70's The were very pro active towards the District, Customers and the employees. What I have witnessed over the many years up to and close to my retirement from there is discontent towards the Customers and to the employees. What do I mean? Well, years ago there were people who wanted to get on the board from the city and they the city for years has been wanting to take over the water district for many years. Why? They are a special district as they handle drinking water and sewer. The revenue is tremendous..

We as a group of employees knew that for many years, and now look at what is happening to the board. They had a contractor on the board who was pushing for the developmental fees to be waved by the district and passed on! Really? well guess what They just did. Is there money being passed to feed this you bet there is! Tom just pointed it out! Think about it! The board is paid yes we all know that but not very much, Why in the hell do you think people want to get elected? Not for the pay but for the perks behind close doors Case in point!

Next don't blame the water district! I am sure you have many bitter complaints towards them but don't, Blame yourself! Why The public voted these clowns in. The district as a whole tries to keep cost down for the public but when the rates are raised by the Water Authority they are passed on. As for what Tom brought to light, I applaud you Tom!

Remember you voted these knuckleheads in! You can vote them out as well! Remember that.

Politicos need money to run an election. Developers and others with money support their political candidate and then expect a payoff for their investment. The average voter can not financially support a candidate so they have little power when it comes time to call in favors. Money talks and BS walks.