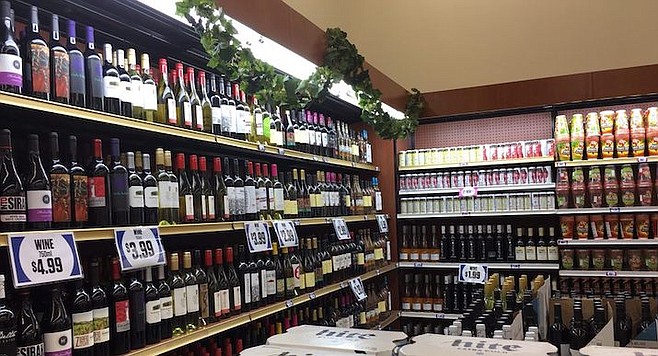 99 Cent Only gets green light for booze

Where else can you get such far-flung gems as 1000-piece bags of cotton swabs, pregnancy test strips, and paperback copies of O.J. Simpson’s If I Did It quasi-confessional for less than a buck? 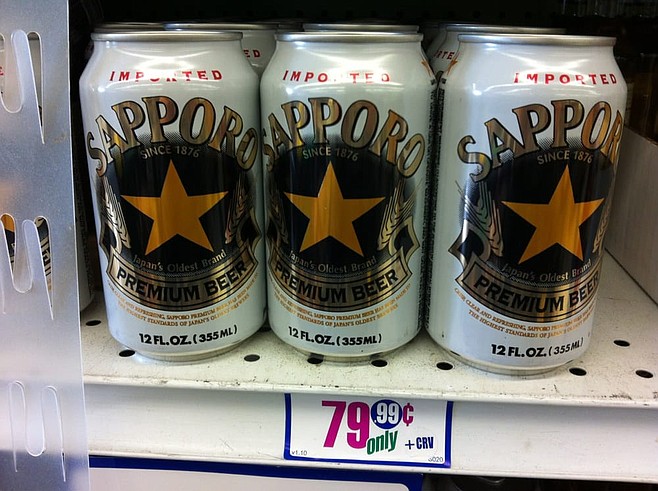 “They officially have everything” was the reaction from a Yelper who took this photo in Anaheim.

It’s tempting to say you can get anything at an ultra-discount retail chain like the 99 Cent Only store, Dollar Tree, and Family Dollar, but that hasn’t been true in the city of San Diego. That’s because — and records maintained by the California Department of Alcoholic Beverage Control (ABC) confirm this — the state had never granted a liquor license for a shop in this category here. Until now. 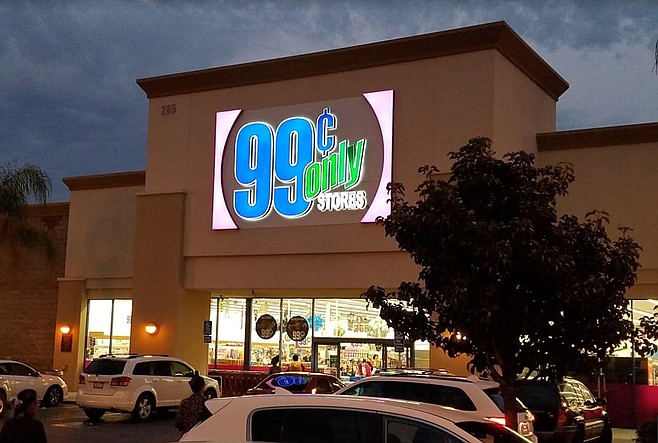 99 Cent Only store in Mountain View (photo from Google Maps).

With no fanfare, the 99 Cent Only store off Imperial Avenue west of 805 has this month became the company’s first-ever San Diego location to gain the right to sell alcohol, a status that had eluded the retailer for nearly two decades, ABC records show.

Though the approval process took nearly two years, there’s no apparent urgency to stock shelves with beer and wine. Employees said there is no set date to start selling alcohol, and they didn’t know of any special promotions in the making.

But outside of San Diego, 99 Cent Only is awash in “boozy beverages,” in the parlance of the company’s website. Of the approximately 281 outlets in California, nearly half have active licenses to sell beer and wine. A handful even have permission to sell spirits, records show.

Curiously, when it came to being a purveyor of alcohol, the chain couldn't plant so much as a plastic, made-in-China flag in the San Diego market. In 2000, 99 Cent Only applied to sell beer and wine in San Ysidro and Egger Highlands. Both ended in outright denials. Apparently stung by rejection, the chain didn’t try again for 16 years, when it filed applications in two of its remaining five San Diego locations: Mountain View and Grant Hill. Last year, it added applications for Clairemont and Mira Mesa. (The company’s University Avenue outlet in Redwood Village now stands as the only San Diego store where booze has not been pursued, records show.)

Mountain View (Imperial Avenue), on the other hand, didn’t encounter as many obstacles. No citizen protests were lodged, Ryan said. And police withdrew opposition when the store agreed to a set of operating conditions, Billy Hernandez of SDPD said in an email. Hernandez didn’t offer specifics, but such restrictions often ban certain container sizes and higher-percentage products like fortified wine and malt liquor.

If the store's website is any indication, the company is downright drunk with enthusiasm:

“Come drink, imbibe, guzzle and sip refreshing savings. Have the good stuff you usually reserve for a special time, all the time. (Burp) Excuse us,” the website raves.

Of course, “good stuff” may depend on the eye — and palette — of the beholder. Shoppers can expect beer to have brand names like Sapporo, a popular Japanese lager; Henninger, a German beer that reportedly traces its roots to the 17th century; and Hite, a South Korean brew known for its abundant use of rice in addition to barley. Wine — be it by box or bottle — may include labels that say Chillin, Philippe DuBlanc, Valley of the Moon, and Whitman Express.

Though SDPD’s Hernandez and the city would not confirm it, San Diego has reportedly become a tougher place to obtain an alcohol permit in recent years. According to a Voice of San Diego report last September, police have more actively opposed new liquor licenses, especially in areas that have high crime and are saturated with places to obtain alcohol.

The other major ultra-discount chains have taken notice, seemingly treating the San Diego market as radioactive. Dollar Tree, the leading ultra-discount chain in San Diego with nine locations, has 66 active liquor licenses in the state — but zero in San Diego, records show. Family Dollar has 19 liquor licenses statewide, but none of its four San Diego stores offer alcohol. None of the other San Diego stores in the genre, with names like V Outlet, Ken’s Discount, Mega Dollar and Dollar Plus, sell alcohol, records show.

Dollar Tree, which completed a merger with Family Dollar in 2016, would not say if it would follow 99 Cent Only’s lead or explain why it has been reluctant to dip its toe in the San Diego market.

The last thing that area need is more places to get booze.

I wonder what it's equivalent sells for these days ?

You bring back memories. Seems there were places, circa-1967, that actually sold gallons of it for a buck, on special. It had to be the cheapest drunk available, regardless. I had friends who nicknamed it "Red Death." They drank it but didn't love it. How did we survive to become senior citizens?

Oh but the hangovers were memorable! No idea how any of us made it out of our 20's

probably not a lower price anywhere back then when fair trade laws were in place, all the alcoholic items were the same price state wide.

You are right about the fair trade laws and the fact that almost all alcoholic beverages had fair trade minimum prices in California. There were retailers who fudged the prices for certain favored customers--who generally bought a lot at one time and hauled the stuff home in the trunks of their cars. So, maybe I don't remember Red Mountain for 99 cents a gallon. Even with what a dollar would buy fifty years ago, that seems just too cheap.

I'm liking being old. Never Give Up, Never Surrender!

How does that tie in with cheap, rotgut booze? ;-)