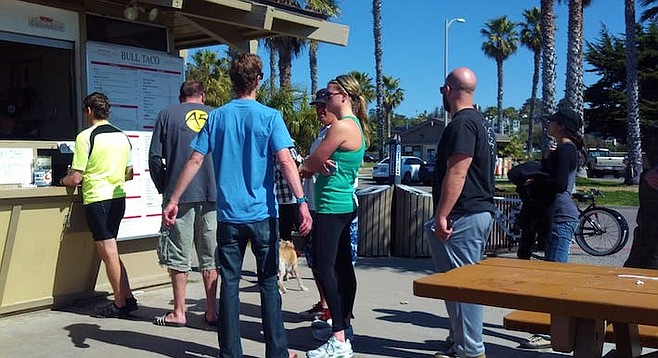 We'll return to La Jolla when there is a Santa Ana 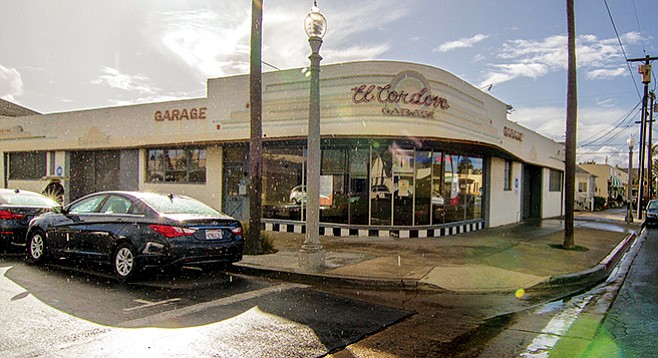 La Jolla and the stench of fish

In your article about Coronado [“A shark-sized bite out of the real Coronado,” cover story], Mr. Walton mentions that La Jolla is now a crap hole.

I find that Mr. Walton is correct. We stopped going there because of the crap hole stench from the digested fish deposited on the rocks by the birds and seals. We joke of going back to visit when there is a Santa Ana wind condition, to blow the foul smell out to sea. 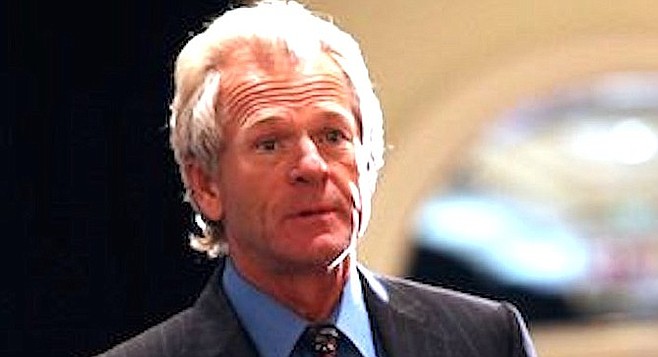 Peter Navarro and the facts

Just a correction. In the News Ticker [“Trump bump-restart reported for Peter Navarro”] you mentioned that Peter Navarro, after running for public office in San Diego unsuccessfully, went to work as a UC Irvine economics professor.

He already had that job when he was running for elective offices in San Diego. 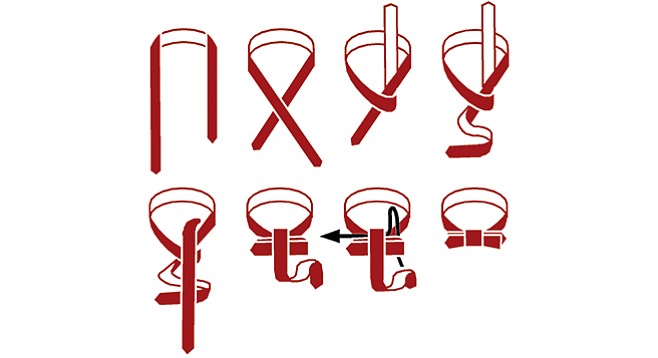 Not one of the “quotes” you used was actually a quote

What a truly odd interaction to have with you and what a strange subsequent piece you did about our bowties [“How to tie a bow tie,” Golden Dreams] in last week’s Reader.

You called my shop under the guise of being a customer, which you were not. I am still unclear why. After your seventh or eighth inquiry about my history and personal life, you admitted you were a journalist, though only after I prompted you.

You asked if you could come by to ask some questions in person. I informed you that I was busy at my work studio but that the following day you would be more than welcome to come by our retail location in Little Italy to chat. You implied that you would do just that. But some 30 minutes later, there you were standing in my work studio.

I was in the middle of four separate custom projects, so yes this “hole-in-the-wall” was a bit of a “mess,” as you kindly put it in your article. In an effort not to be rude by telling you to please meet me at the retail location the following day as requested, I entertained your somewhat odd line of questioning for longer than I probably should have, and you certainly lingered longer than was appropriate, even popping back in once or twice after finally leaving.

Not one of the “quotes” you used was actually a quote. Quotes are things that I would have said. What you used in your story are things you seemingly made up and attributed to me.

I honestly have no idea who George Will is, and the only utterance of “Tucker Carlson” was you asking me who the conservative talk show host was that wears a bowtie and my answering that question. I can assure you that I don’t believe Tucker Carlson or conservatives at large are leading any sort of a fashion charge.

All in all, a bizarre interaction and a dishonest and disappointing bit of writing. Best of luck in the future.

Thanks for your letter. I am very sorry you felt offended by the piece. I truly admired what you are doing and hoped that would come through.

The “mess” reference was meant to show what a true artisan’s place this was, where real work takes place. Yes, a deadline was involved, so I did have to move quickly, and I appreciated you talking to me then and there.

I thought I portrayed the information in our conversation accurately, though I did have to compress for the sake of length. But I shall endeavor to do better in future.

BTW, I have had only positive responses to the story, from people who gained hope from the fact that you had created this unique business out of nothing. 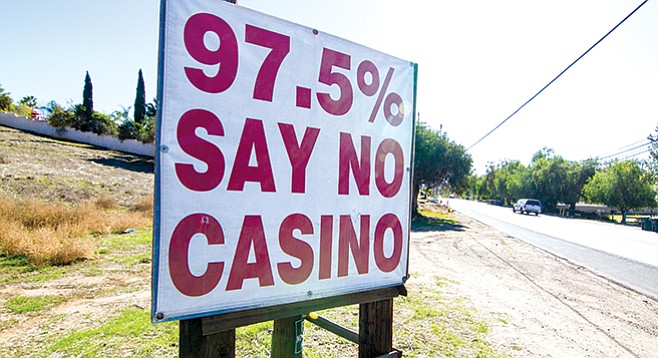 “This is not like anything they told us they were going to build."

That is not true

I am writing to you to request a correction to a factual error in the February 1 issue.

My name is Michael Casinelli. The article states, at the bottom of column one, page 22 [“The casino’s been built — Jamul is still fighting it,” cover story, February 1], that I am a member of the Jamul Action Committee. That is not true. In fact, it could prove harmful to me in my role as an elected member of the Jamul Dulzura Community Planning Group. I therefore want the San Diego Reader to correct this false statement.

I did not state to the reporter that I was a member of JAC, nor was I asked by the reporter if I was a member. The interview was recorded, therefore you can verify this. Furthermore, I have a history of correcting others on the few occasions when they mistakenly made that same misassumption.

One day several months ago, as I was about to leave my home to workout at a Rancho San Diego exercise facility, I was invited by Marcia Spurgeon to be interviewed within the hour for an article on the Jamul casino, conducted by Ms. Siobhan Braun.

I was invited because I am knowledgeable regarding the Jamul Indian casino. That is, I have for several years read legal filings submitted by both sides, have attended legal hearings, town hall meetings, and state government agencies’ meetings, have spoken with the Jamul Village representatives (both at the JDCPG meetings and at the Village property), and have researched many pertinent government documents. Most importantly, I have done all of these things for more than ten years through my elected position.

The JDCPG is a non-paid, publically elected position, with elected terms of four years. The JDCPG was established to be the voice of the community within our jurisdiction and to respond to and/or act on community concerns, mainly dealing with issues of land use, environmental concerns, and public safety — all of which pertain to the Jamul casino.

On the other hand, the Jamul Action Committee is a not-for-profit citizens advocacy organization that has a similar goal of looking out for the local community’s interests. While I have been supportive of the JAC’s efforts that coincide with the JDCPG’s position, I am not a member, in the same way that I might be supportive of a person or an issue that is affiliated with a particular political party while not being a registered member of that party.

I look forward to the Reader correcting this error. Thank you.

Bring back the JamRock!

Re: “So much for the bull penis tacos,” Waterfront, February 15.

As far as I am concerned, Bull Taco will not be missed at all. Strange menu aside (yuck), they took over the spot of our favorite place to eat on the 101, JamRock Jamaican food.

That place was a little piece of heaven to those of us who enjoy cuisine other than Mexican. No one needs another taco shop; we need variety. Bring back the JamRock!