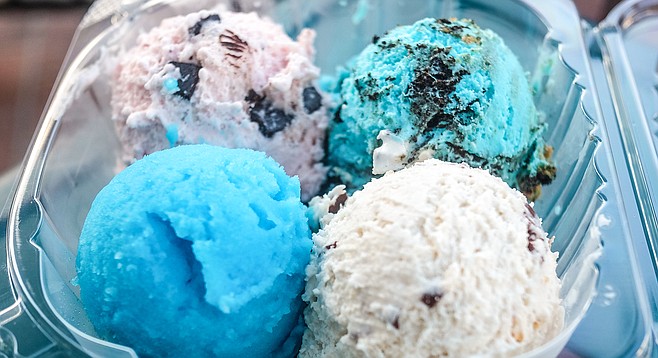 We all scream for déjà vu

New ice cream shop has the feel of an old one

The Ghirardelli Chocolate Company was due to reopen this week after a long renovation, but it left a Gaslamp Quarter in need of ice cream heading into summer, and now Ghiradelli returns to find fresh competition. Cali Cream Homemade Ice Cream recently opened around the corner on Market between Fourth and Fifth, in what used to be a hookah lounge. You might not know it is there except for a temporary banner out front, but I suspect it’s only a matter of time before lines are forming.

Cali Cream doesn’t resemble Ghirardelli, but it does ring familiar. A couple months ago I visited the Encinitas shop, Handel’s Homemade Ice Cream, where I waited over 20 minutes to gorge on some extremely gratifying, made-in-house ice cream. 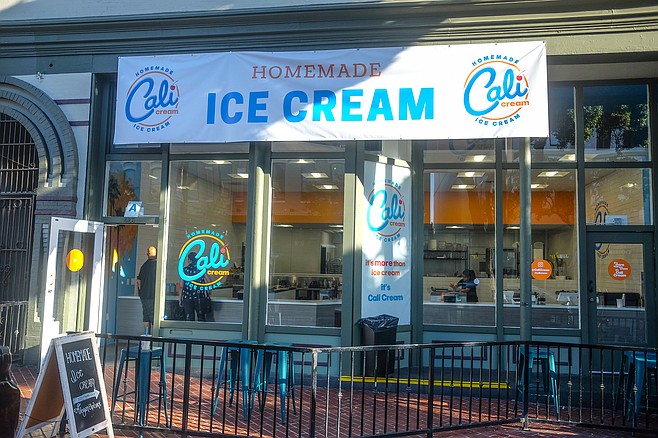 This new spot seemed almost an exact replica. You may sample a long list of unusual ice cream flavors; served in a choice of cone, waffle cone, waffle bowl, chocolate dipped waffle cone with sprinkles, etc.; and there’s a little room in back where they make the ice cream, only a few feet away from where you eat it.

Sure enough, Cali Cream is owned and operated by the same folks as the Encinitas Handel’s, and they basically brought its winning formula downtown. That includes the many, many distinctive flavors. After trying nearly a dozen including the likes of matcha green tea and raspberry ice cream with chocolate truffles, I couldn’t settle on one or two, so I ordered a four scoop sampler.

Just like at Handel’s, the real winning component was texture; the shop’s ability to keep fresh ice cream at an ideal temperature gives every scoop creamy allure. Let’s not call it artisanal ice cream though. I don’t think you can call something artisanal if it’s dyed blue and crammed full of Nabisco cookies.

“Pork is a Georgia thing. We’re from Georgia.”