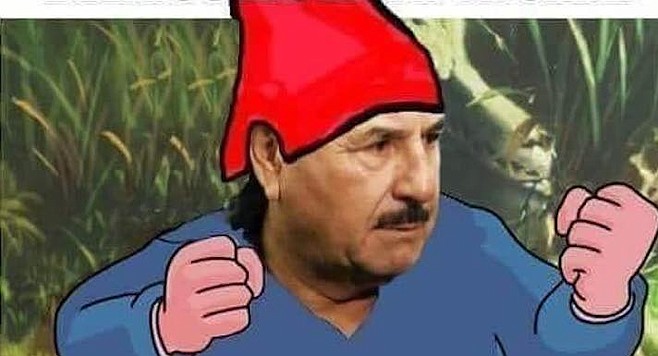 Tijuana’s most violent month in all its history

“The violence and crime in Tijuana has exceeded its own records and has imbued terror in a society, in which authorities have been surpassed and lack any leadership.” 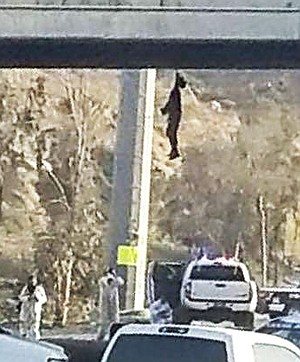 On Tuesday, July 31, authorities found a man hanging from the bridge Valle Bonito, on the heavily trafficked Bulevar 2000.

That’s how an extensive report of the newspaper Zeta finished their note in which they called Tijuana a failed state. The city has been shackled by violence and crime that supposedly is all tied to the drug trade. Whilst violence has been typically in the outskirts of the city, in the last week of July homicides occurred in what is considered the safe and tourist areas of town.

There have been more than eight murders a day since February, a number that keeps increasing. There were 251 homicides in July, making it the most violent in Tijuana’s all-time history. January 2010 was the previous record with 242, while in September 2017 there were 208.

The most dramatic story occurred in Playas de Tijuana, an area of town known to be family friendly and with a small percentage of Americans living a tranquil life. But Monday morning on July 30th, an army of police arrived to contain a madman who shot a civilian’s foot, injured two cops, shot his wife on her back at a close range with a shotgun, and killed his six-month-old daughter with traumatic blows to the head.

“Mi papá mató a mi mamá, y en la casa está mi hermanita (My dad killed my mom, and inside the house is my little sister),” said nine-year-old Enoc who was rescued by a policewoman.

Naked with a shotgun in hand and two revolvers, the madman called himself the Antichrist. He was identified as José Felix Benítez, 48. He was shot in the head with a long-range weapon by one of the members of the large police force.

Inside the home, they found eight Bibles open in different pages and the dead infant buried in the backyard. Little was known of Felix Benítez, except that he was deported from the United States where he had a long criminal file of robbery, drug trafficking, and psychotic episodes.

It was later discovered that he was in an incestuous marriage with his wife, who was his sister. The bodies were claimed by another sister, Laura Benítez García, who didn’t say much about her siblings but started the paperwork to adopt her nephew Enoc.

“It’s an isolated case of a crazy family,” said the mayor about the shooting in Playas. The mayor faulted the neighbors for not reporting the incident sooner or warning that there was a madman living in their proximity. Neighbors said that they didn’t alert the authorities from fear of the repercussions.

“Fake news,” is what the mayor of Tijuana said about the violence in his city. Juan Manuel (el Patas) Gastelúm, denied the reports by Consejo Ciudadano para la Seguridad Pública y la Justicia Penal (citizens' council for public safety and penal justice), in which they claim that Tijuana is the fifth most violent city in the world. The mayor (known popularly by his childhood nickname El Patas - the Feet) previously wore a blue hat that read “Make Tijuana Great Again.”

In a recent poll by PluralMx, only four percent of Tijuanenses approve of the city's government.

In the same week, a man was shot in the upscale luxurious living tower New City Residencial. Located steps away from the border, the residential buildings offers condos with all the amenities included and top-notch security. This did not stop the murder of Jesús Gerardo Sanchotena Medrano, an ex-cop for the San Diego Police. Sanchotena Medrano was previously detained in October 2010 with five weapons, half a kilo of cocaine, and cash.

Another man with a criminal background was shot cold-blooded in the popular mall Plazas Hipodromo. Pedro Arce Fox was leaving the gym in the mall, accompanied with a shorter man, when he was approached by his killer. Arce Fox confronted him, but when he realized the other man had a weapon, he sought cover in a nearby business but failed and died from bullet wounds. Thirteen 9mm shells were found in the scene of the crime. The killer fled the area unapprehended, and so did the shorter man that accompanied Arce Fox.

A city cop named Fermín Grajeda Delgado was shot in the outskirts of town in the Ejido Francisco Villa. Zeta investigators don’t think this was targeted killing, but more of an accidental circumstance. The cop pulled over a white Ford F150 but did not report in. He was able to take the gun out of his holster but did not shoot a single time. He received multiple bullet wounds, including shots from an AR-15. The officer had a previous offense of “bribery and abuse of power, for which he was suspended but later reinstated. Despite that, partners of the officer claim he was a responsible father, quiet, and without any problems.

It’s been since November 2016 since criminals left a man hanging from a bridge, but before dawn on Tuesday, July 31, authorities found a man hanging from the bridge Valle Bonito, on the heavily trafficked Bulevar 2000. The body was suspended with metal chains, metal locks, and nylon strings. As of this writing, the man has not been identified, he has a tattoo on his right arm that reads “Luisa,” and another tattoo with an image of a skull. According to reports, the man was strangled prior to the hanging.

Wish we could go down to TJ for shopping and lunch, like we used to. Breeze across the border at the big Bienvenidos sign, pass cartolandia in the river bed, park at Jai Lai palace, visit the folk art store across the way and the mercado and maybe stop in to watch the glass-blower in his inferno. On the way back, visit the self-serve panaderia to sustain the kids with doughy treats, then a long wait in a sea of cars to return to the USA, checking out the fabulously varied wares sold by persuasive vendors young and old. Those were the days.

TJ had many attractions for many visitors. Unlike you, some were attracted by its dark side, implicit danger, and illicit offerings. But on the whole, if you wanted to experience a foreign country, it was just a few miles away. For a number of years I would also head to Tecate to hit the "supermercado" , score a litre of Cuervo Gold, get a bag of wonderful stuff from Mejor Pan, and so forth.

Now, forget it. There are still reviews of gourmet restaurants, shows, and cultural affairs there and they might give the impression that TJ is nothing more than a neighboring city. It isn't that, and hasn't been for far too long. It is a foreign war zone, and innocent USA citizens who are foolish enough to pay visits there can find themselves in nasty situations. Worse yet, you could end up dead, having wanted nothing more than an exotic shopping experience. Ain't worth it, folks.

I'm a white dude from Texas who barely speaks any Spanish. I started by coming down here & staying in Airbnb's to explore TJ. I have now lived here for almost 2 years. I literally walk to & from the Xolos soccer matches at Caliente to Zone Rio at night. That's about 3 miles at night. There aren't any areas I've walked through I don't feel safe. I've never had any issues in the center of the city. Everyone goes out of their way to show you that it's not as bad as you're told by the US media. Not sure how much time you've spent down here Visduh, but I'm sure I've got 2 years on you now. If you stay away from trouble, trouble will stay away from you. You go to where drugs & prostitues and partying are and you're going to find people looking to take advantage of you. I've lived in Cacho & Zona Rio & go out at night all the time. Literally walk to bars, restaurants and tacos stands. Only time I've ever been kidnapped is by Mexican weather girls. They wouldn't let me go. Kept making me breakfast and wanting to cuddle.