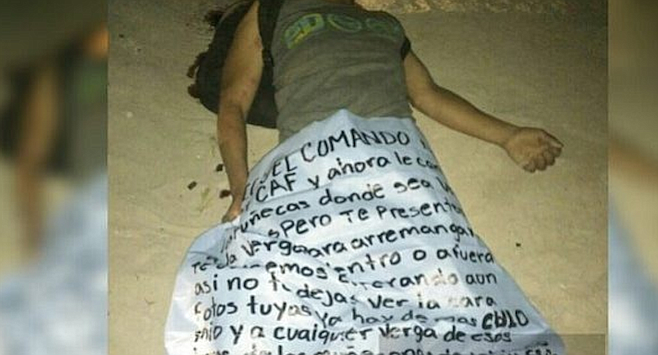 Singer of narcocorridos threatened by message on corpse.

Tijuana authorities abruptly ordered the cancellation of a concert by Miguel Comando, a singer of narcocorridos, that had been scheduled for the night of April 28 at the Las Pulgas nightclub on Avenida Revolución. 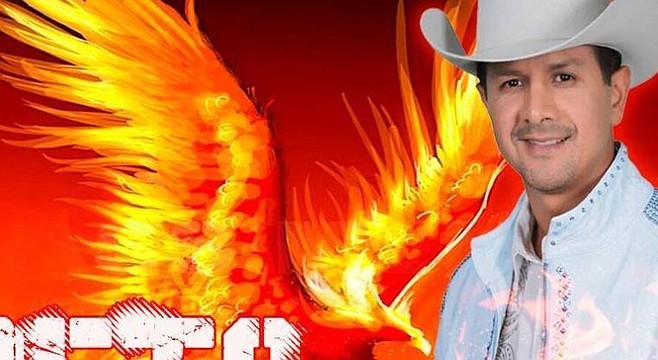 On Sept. 1, 2016 Beto Cervantes, lead singer for the group Explosión Norteño, was shot to death in Rosarito.

According to the Tijuana alternative weekly Zeta, a message was attached to a corpse discovered on April 2 threatening Comando's life if he went through with the concert. 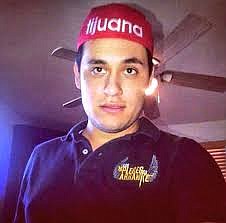 On March 22, 2015, Rogelio Brambilia Lizárraga, lead singer Los Plebes del Arranke, was gunned down as he sat in his car in Tijuana.

“Miguel Comando is famous for not showing his face nor his photographs nor videos in social networks,” noted Zeta. In the message attached to the corpse, the newspaper reported, Comando was warned that his would-be assassins had photographs of him.

Raúl Felipe Luévano Ruiz, secretary general of city government, said the city council would not allow the defense of crime at public venues, according to Zeta, and that the government headed by Mayor Juan Manuel Gastélum Buenrostro opposes such events in the city.

The cancellation came at the recommendation of the secretary of municipal public safety, which noted that the concert site did not have the physical characteristics needed to accommodate “a concert of this nature,” Zeta reported, and that public safety could not be guaranteed.

Several singers of narcocorridos have been murdered in the past as part of the wars among narco-traffickers. On Sept. 1, 2016 Beto Cervantes, lead singer for the group Explosión Norteño, was shot to death in Rosarito. He was mentioned in the message attached to the cadaver found April 2 as “another singer who had been dealt with.”

On March 22, 2015, Rogelio Brambilia Lizárraga, lead singer for the band Los Plebes del Arranke, was gunned down as he sat in his car in a Tijuana neighborhood. The band was well-known for its narcocorridos paying tribute to the Arellano Felix drug cartel.

In 2008, a planned concert by the group Los Tucanes de Tijuana was banned by Tijuana public safety officials for saluting two narco-traffickers at a previous event.