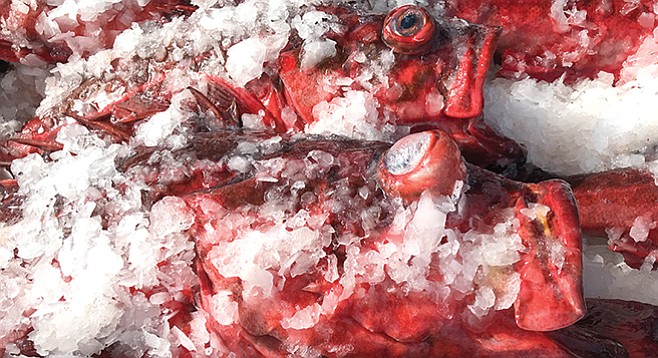 Jaws of life (Release the Kracken!)

Their eyes pop out and their stomachs explode through their mouths

“Conserving our planet one fish at a time.”

You do a double-take when you see the sign. Because Randy Hupp’s a commercial fisherman. But he is serious about this. 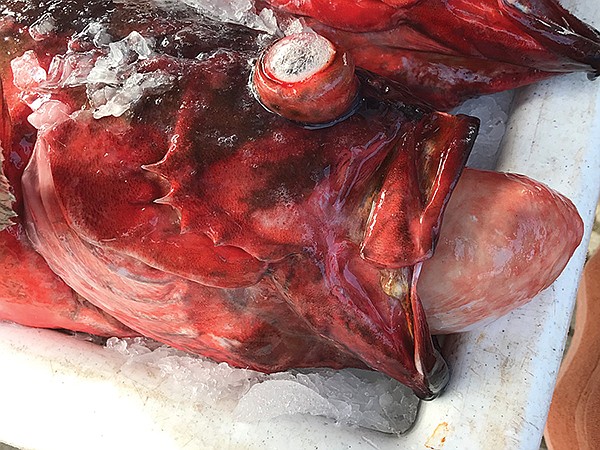 What he’s started, from his home in La Mesa, is not just a program to throw back fish from fishing boats — fish that are too young to be eaten, or too old, or too endangered — but to make sure they survive the throw-back. Because from the depths he fishes at, the fish get the bends, the excruciating decompression sickness fish and divers alike suffer if they come up from depth too quickly. 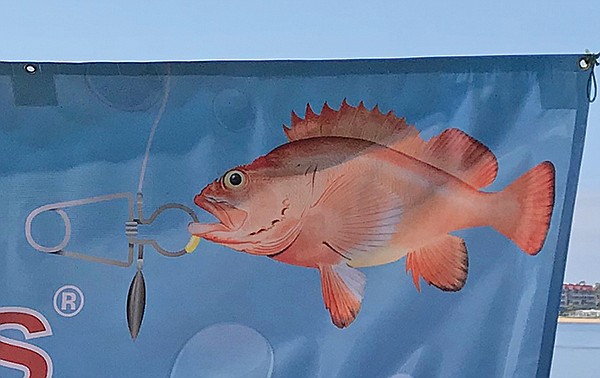 How it works: gently grip lower jaw till fish is at a safe depth, then jerk-release

We’re talking bass, calico, sole, rockfish, perch, and other fish that choose to live as deep down as 10,000 feet. They have evolved swim bladders, which help them keep the right buoyancy for the depth they’re at. But when they are express-hauled to the surface, their eyes pop out and their stomachs explode through their mouths because of the sudden loss of pressure. Even if you toss a fish back, it can’t get down to depth. They’re stuck, floating, bloated with the bends. In a few minutes, they’ll die of shock, or get eaten by a sea lion or gull, if they’re lucky. 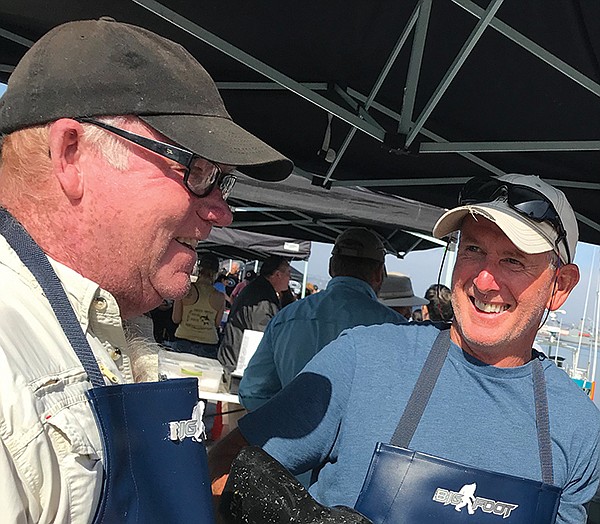 “Back in the day,” says Randy, “sports fishing boats would leave a trail of these floaters.” You can tell he feels bad about the unnecessary suffering. “Some of these deep fish can live to be 100 years old,” he says. Many he catches are 40, 50, 60. In fact the oldest recorded rockfish was 205 years old. Ending such a long life this way seems not just cruel, but disrespectful.

Randy says he noticed the shrinking average size of several deep fish, and wanted to do something. Particularly after Fish and Game sent him a brochure that said, “These fish can survive.” 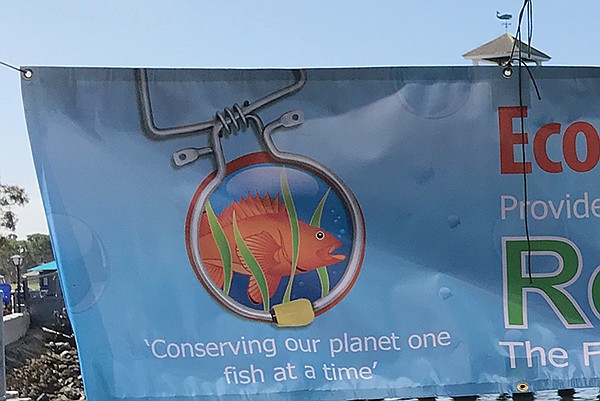 Only problem: no easy method to assist the fish back down to their depth in the two minutes before the bends take hold (except for basically stabbing their stomach to release the air. Not a pleasant or safe procedure). “So I got this idea to somehow grab each fish by the mouth, take him off the hook, clamp him to a weighted line, and send him back down to 150, maybe 300 feet.”

It was the shaking-off that was the problem. That’s when his buddy Tim Marshall suggested a cushioned, spring-loaded clip on the weighted line that you’d clamp onto the bass’s lower jaw. “You drop the fish back in, and send it down to at least 1/3rd of the depth you caught it at,” says Randy. “Then, when you feel life coming back to him, you spring open the clip by jerking the line, and he swims off, at depth. It works! Most of them survive.”

He’s selling his RokLees “fish descending device” now, for about $30. “I’ve been called a ‘tree hugger’ plenty,” he says. “But that’s okay. Fish are swimming down there today who are as old as me. It’s a good feeling.”