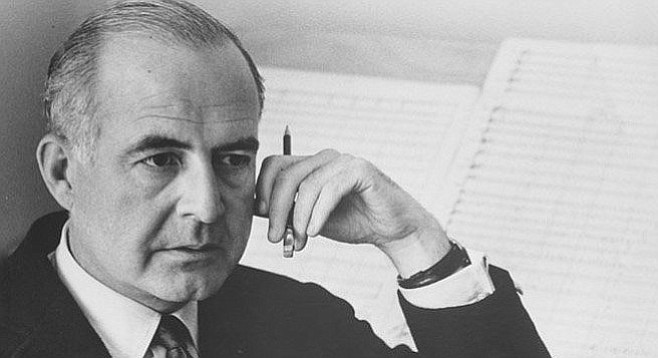 The Mozart was pretty much what all Mozart has been

The San Diego Symphony concert on Saturday, April 14, was good. Jeffrey Kahane was both piano soloist and conductor in Mozart’s Piano Concerto No. 27. Kahane went on to conduct Samuel Barber’s Music for a Scene from Shelley, and Robert Schumann’s Symphony No. 3, Rhenish.

The Mozart was pretty much what all Mozart has been at the San Diego Symphony except for the concert last season with Charles Dutoit. That is to say the phrases of the music kind of sat in place in musical chunks, whereas with Dutoit the phrasing flowed like molten gold into a shape of pure beauty. Sorry, but if the orchestra did it once, it can and should do it again. 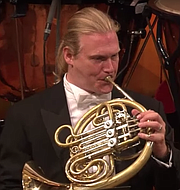 Here’s the problem. The entire orchestra has to be synced up with each phrase in order for it to keep from descending into chaos. Kahane played it safe. Kahane seems like an amiable fellow and the concert followed with a general amiability. I’m not convinced that having the soloist also conduct is an ideal situation.

Barber’s Music for a Scene from Shelley is almost a great piece of music. The piece was initially well received but has faded into obscurity. He builds a good amount of tension in the music but then never lets us arrive. I had never heard this music before and as the build up was occuring I felt the familiar tightening in my chest as Barber applied the musical screws. It almost became unbearable, the orchestra cut off leaving anticipation in the air and Barber took a left turn denying us any satisfaction.

He must have been a terrible lover. “Oh, you’re almost there? I think I’ll stop now and go make a turkey sandwich. You want one?” This music deserves to be underplayed.

Schumann’s Symphony No. 3 was one that I have been looking forward to since the 2017/18 season was announced. It was well done. There were 11 pieces in the brass section and they sounded great. That’s not insignificant. In some ways it feels as though this is Schumann’s Horn Symphony.

This concert was somewhat indicative of the entire season so far. It has been solid but less than spectacular. This season has been stuck in the upper atmosphere and has yet to break through to the stars like previous seasons. There are a few concerts coming up which might have enough rocket fuel to get us into orbit. We shall see.