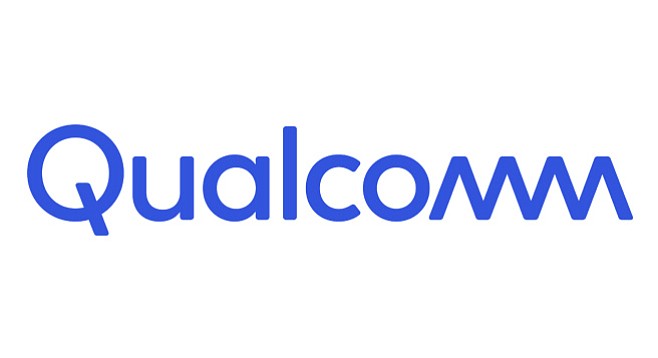 Taxpayers in hock for $5.5 billion for institute with long history of interest conflicts
Next Article

“Crying is the most healing thing you can do in my opinion.”

“Extremely poorly handled" describes so much of what has gone on at the "Q" in recent years. One wonders how many of the laid-off employees are H-1b foreign workers. I'd guess it is exactly none. Even after these staff reductions, we can anticipate Qualcomm continuing to complain/justify its need for ever-greater numbers of H-1b workers on a "shortage" of qualified US citizen applicants. What a pit of hypocritical execs and (former) Jacobs family members!

Visduh: Another entry was about a H-1B who was allegedly poorly handled. Yes, Qualcomm has been a major user of H-1Bs. The son of co-founder Irwin Jacobs, formerly CEO, now out, has plans to take the company private. The plans. are not favored by the board. Best, Don Bauder

It should be easy to round up 1,000 or more H-1B's and give them the pink slips. No American citizens or legal residents should go before them.

Looks like they are still hiring H-1B's as they lay off Americans:

Ponzis: H-1Bs have lower salaries. The older, experienced employees enjoy higher pay, so are the first layoff targets. I am not surprised that Qualcomm is still hiring H-1Bs as it axes more experienced personnel.

There was an electronic retailer whose name I cannot remember. It decided to lay off its longtime sales personnel and use young, inexperienced people. It went bankrupt. Best, Don Bauder

Shimizu Randall: At this point, the company isn't talking about where the layoffs are. Best, Don Bauder

OK, here are some questions. When companies like Qualcomm (and many others) need to cut expenses, why do the worker bees get laid off first? Why not chop the salaries, stock options and bonuses for the top executives instead? They prosper when the company does well, so why shouldn't they have to take much less when profits are down? Let the CEO make $1 a year, until positive changes happen. And pay the board members $25 a meeting until there's a turnaround. I guess I'll never understand capitalism.

dwbat: Excellent observations (in the from of questions). Such questions are asked by workers when there is a big layoff. Does anybody wonder why there is so much bitterness among workers? Best, Don Bauder

not to worry! Heard the Qualcomm guy talk about this today. We should congratulate Qualcomm for shedding these folks! They are all going to start new businesses, he says! It's a great day!

No, I didn't forget. The comment was about starting new businesses, not looking for service jobs. ;-)

Wabbitsd: I have heard that yarn before. Best, Don Bauder

This just in: Of 1500 jobs, 1,231 will be cut in San Diego. Other cuts in San Jose & Sta Clara. No cuts in other parts of the world where most of the 33,800 employees live. Makes sense if they want to save money- these workers probably have higher salaries than the ones in India. They would have to fire 10,000 Indians for a similar savings.

One possible reason for problems at the Q is that Huawei and ZTE (big Chinese smartphone companies) are now persona non grata according to the US government. Suspected of spying, stealing technology, etc. They may have been heavy users of Qualcomm products before being cut off.

swell: Another factor: Qualcomm gets about all its revenue from overseas. Best, Don Bauder

Didn't Q testify before Congress that they could never find enough skilled workers and that is why they needed unlimited amounts of dirt cheap H1B Non Citizen workers?!

Didn't Qualcom just get a humongous tax amnesty worth billions for its offshore profits?!

I can only imagine how many more layoffs Q would have made if the Broadcom merger had been successful. If that had happened, Q would have become this decade's "General Dynamics" closing SD offices and laying off 10's of thousands of employees.

SportsFan0000: You are right. If Broadcom had bought Qualcomm, San Diego would have gone through the aerospace/defense bloodbath of the early 1990s. Best, Don Bauder

Don Bauder is sic with his fake users populating comments to his stories. what a shame - He's like that fat guy Donald trump spoke of from NJ. Full of plagiarized notes totally on original - DB is an hustler greedy for a writers blog commission. No Pay! DB. Take a look at what an opinion generates in responses below. [picture]. That's response to a guy DB tried to plagiarized with an occult report recently. Did TG paid DB also? DB is old as the words "Lack of Originality" gets in today's world.

Tamy: I have done a couple of Gildred stories. The most recent one was about a tango instructor in NY City who claims to have had an affair with Gildred's wife. He has a website, and this looks like a post therefrom. The writing looks as disjointed as the writing of this guy. i can't say what is going on in this case since it has been several months since I last wrote about it.

Incidentally, the notion that I have fake readers who are submitting phony blog items so I can increase my commissions is utterly hilarious. Best, Don Bauder

That's being nice. I thought there had been a breakout at a mental hospital, as in "One Flew Over the Cuckoo's Nest."

shirleyberan: I don't know who Tamy is or if there is such a person, but I am quite sure the author of this item is the guy who claims to be a lover of Gildred's wife. In the last story I did, she was suing him. Best, Don Bauder

dwbat: I remember that scene. Several of the inmates went off in a boat. The patrol came by and asked who they were. They said they were psychiatrists at a convention. The patrolman looked at all of them who, of course, were unshaven, scraggly, and looked insane. The patrolman nodded and said they could go on. Best, Don Bauder

No, that's not the "breakout" scene. The scene I was talking about was the ending of the movie. That is when Chief gets the courage to break free from the mental hospital, and he breaks a window and escapes.

dwbat: Yes, that was a great scene. He picks up an enormous item -- it may have been a refrigerator -- hurls it through the window, jumps out, and escapes. It was a great movie. Best, Don Bauder

Yes, it won 5 Oscars in 1976, and deserved them. The heavy item Chief lifted was a water cooler.

Hence the creation of the homeless problem... But the Gildred love triangle story revealed that one would eventually be left out and we didn't know if he would have the resilience to move forward. Trump lesson is, rebound repeat, rebound repeat...

shirleyberan: I don't believe we can say at this point that there was a Gildred love triangle. Gildred's wife is suing the tango instructor who on his website and elsewhere says he had an affair with Gildred's wife. She is suing him for defamation. Best, Don Bauder

shirleyberan: I don't know what has happened to the Gildred case. I don't know that it can be called a love triangle. She was suing the third man for spreading untrue rumors, etc. Best, Don Bauder