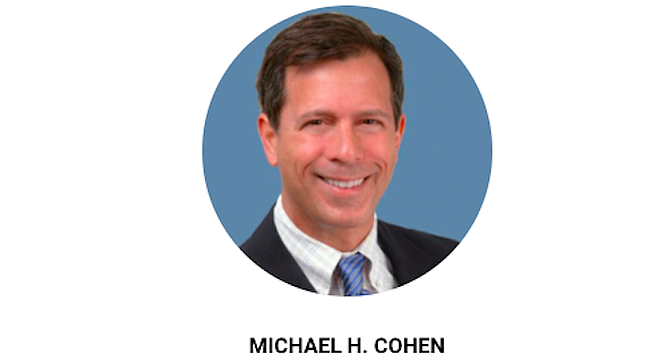 As everyone knows by now, the Federal Bureau of Investigation today (April 9) raided the office of Michael Cohen, one of President Trump’s attorneys. The agency raided other locations where Cohen might keep his records. 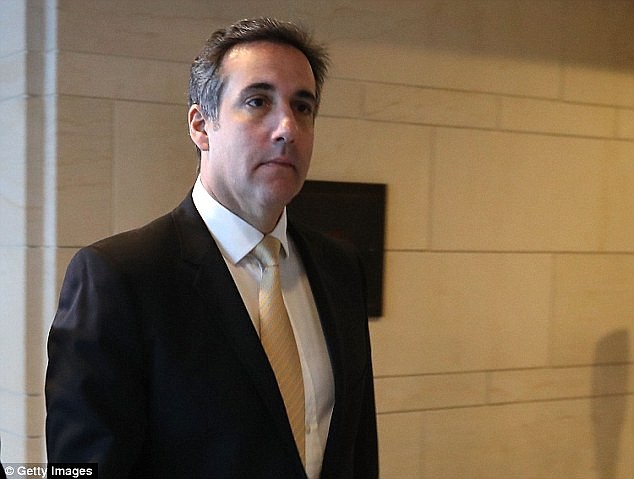 Relax, San Diegans. The FBI has no interest in the Michael Cohen Law Group, which has offices in Palo Alto and San Diego, There is a huge difference between Trump’s Michael D. Cohen and our Michael H. Cohen. San Diego/Palo Alto’s Michael Cohen graduated from Columbia University; Boalt Hall School of Law at the University of California, Berkeley; the Haas School of Management at Berkeley,and the Writer’s Workshop at the University of Iowa. He also served as assistant professor of medicine at Harvard Medical School and as adjunct assistant professor at Harvard School of Public Health.

Trump’s lawyer, Michael D. Cohen, got his law degree from the Thomas M. Cooley Law School, now affiliated with Western Michigan University. According to Wikipedia, in 2017 the school was one of ten American law schools found to be out of compliance with the American Bar Association’s requirement that schools only admit students who appear capable of earningsa J.D. degree and passing the bar examination. The school was recently ranked the worst law school in the country by Above the Law. San Diego’s Thomas Jefferson School of Law was fifth worst.

Wow! Read that some of these bottom of the list law schools are closing...A few have already closed...Many law schools have slashed enrollments and entering classes due to the glut of lawyers here and nationwide...

That said, all the law schools teach almost exactly the same things...There appears to be little or difference between the education offered at any of these law schools. Tuition bills most often exceed 100K for the "experience"...

Some of history's best lawyers never even attended law school..The read the law on their own. Then, they apprenticed at a law firm...It appears that they were all the better for it...."Modern law school education" appears to produce more fraudsters and con artists than the old system...most likely tied to the very high costs built into a modern legal education...and the push to make the most money possible...to get out from under debt and to "get rich" in the legal industry... The pricing for clients appears to be non competitive and onerous for many potential clients..

SportsFan0000: I write about law school rankings every couple of years. San Diego's Thomas Jefferson School of Law generally ranks at or near the bottom of California law schools. But I think these rankings are meaningful. For example, the graduates of the better law schools such as Boalt Hall and Stanford do much better on bar exams, and a higher percentage get jobs more quickly in the law (not in some other field). It is certainly true that the Boalt and Stanford grads may have more family connections, but they pass more rigid entry requirements, too. Best, Don Bauder

Here is a list of famous lawyers who never went to law school including Abraham Lincoln.

Clarence Darrow attended law school for one year and dropped out figuring that he could do it better on his own. https://www.1215.org/lawnotes/lawnotes/lawyers.htm

Based on these facts, I think law schools are highly over rated.