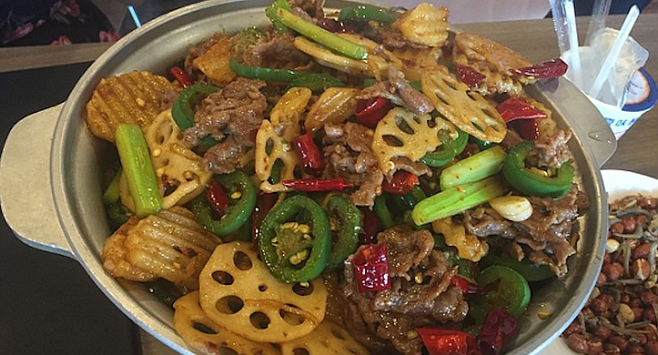 Look for unusual on Convoy Street

I once read a piece written by an economist about how he looks at a restaurant menu. There was lots of good advice, but one thing that stuck out was his recommendation about weird-sounding items: Food costs are such that if a restaurant has something strange sounding on a menu, there’s probably a good reason.

I try to follow that advice when I go out to new restaurants -- especially if it serves a cuisine I’m unfamiliar with. It helped me develop a deep abiding love for octopus, and it’s helped me in good stead at other places like Village North, a relatively new Chinese restaurant on Convoy. 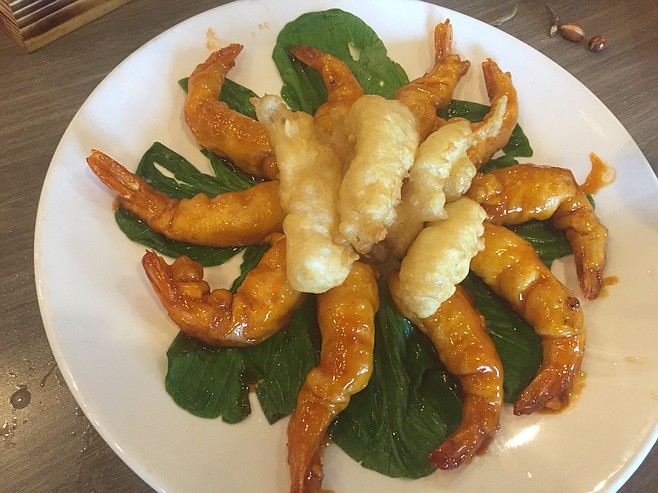 Village North specializes in cuisine from the northern part of China. I’ve seen it described as Hunan, but that’s not how the waiter-owner described it to me. 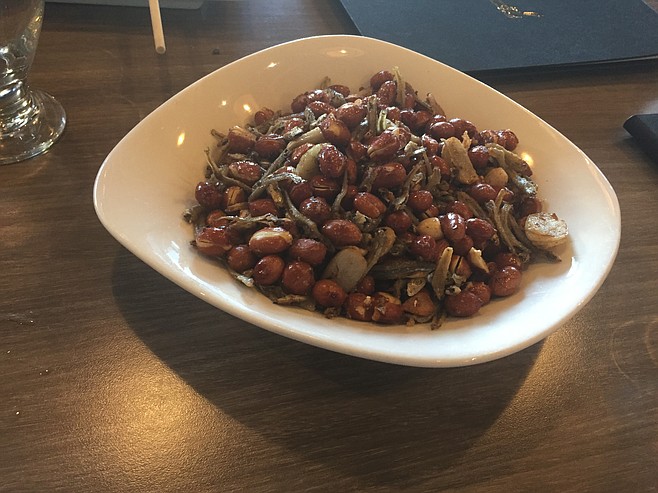 Village North doesn’t have a website, but it has a varied menu, chock full of interesting sounding goodies, including lamb testicle skewers (sadly, not available during one of my visits. 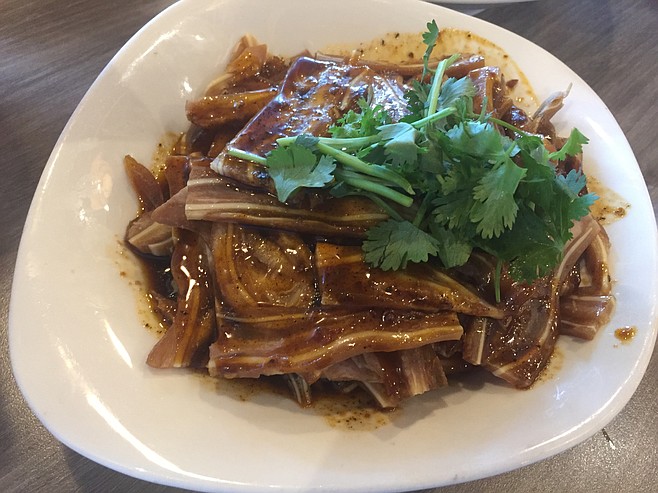 The pig ears are served chilled.

I did try something really extraordinary one time when I brought my kids -- Fried Peanuts and Dried Anchovies ($6.99). It was an appetizer that sounded bizarre, though it really shouldn’t if you think it all the way through: anchovies are salty and peanuts go great with salt. 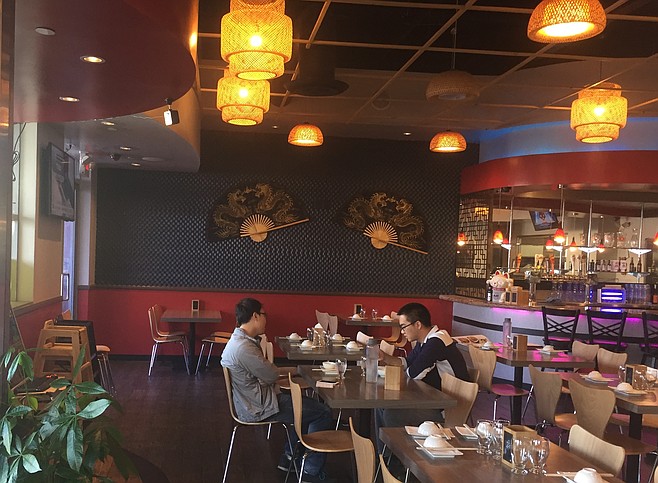 The interior of Village North.

The anchovies used by Village North are tiny, dried things. They don’t just add salt, but also a great mouth feel. I vowed to come back next time I was on Convoy to get an order to go. 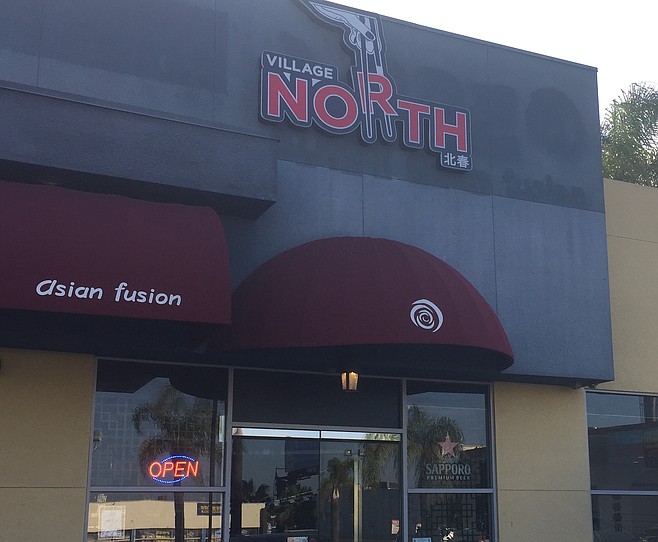 Village North specializes in food from the northern part of China near the Korean border.

We enjoyed the Beef Dry Pot ($16.99), a dish where each item is cooked one at a time in a dry pot — no oil. As the items get added — beef, vegetables, potatoes, chili peppers -- they add their own water making for a tasty broth.

The beef was tender and I liked the potatoes cut like snowflakes. I’d order the dish again, but go easy on the spice.

For a more conventional dish, we tried the Twin Dragons ($15.99), sweet and sour shrimp and calamari. It especially appealed to my kids.

Remember the rule that I mentioned at the beginning? I was excited to try the Pig Ears ($6.99). So were my kids — at least for bragging rights at school.

They were OK. Too gelatinous for me, but a good experience.

I’d say Village North is a place best enjoyed by groups. The portions are huge and a group of five people can eat cheaply per person and get variety.

Looks like a 2d location for the already delicious Village Kitchen. Glad to see they have succeeded thus far, as I am a big fan of the original.

Did you perhaps notice whether they served the fried eggplant with peppers and preserved egg at this spot?

I believe Village Kitchen serves Hunan-style Chinese cuisine. Village North serves Dongbei from the north and Szechuan from the south. The signature dish is the Suan Cai Hot Pot: pork and pickled cabbage. The northern chef is a master of this dish; he sold it on the streets of the owner's hometown in China and his recipe is as close to the owner's grandma's as he's found. It's remarkable food.