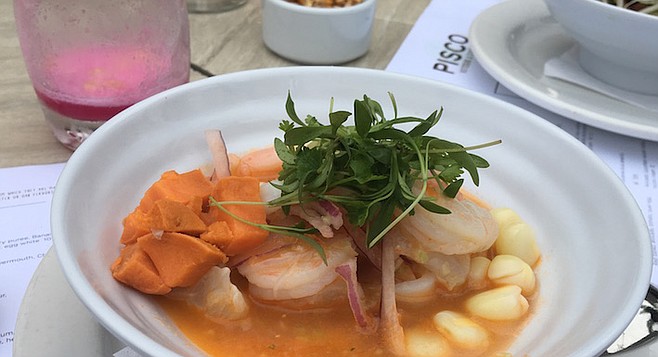 Perfect for a heat wave

Between now and mid-November, San Diego is likely to have the hottest days of the year. I love heat waves, but they usually don’t inspire cravings for anything other than ice cream.

That’s why I’ve enjoyed the trend of poke and ceviche because they are chilled and don’t warm me up on the inside when I’m broiling on the outside. 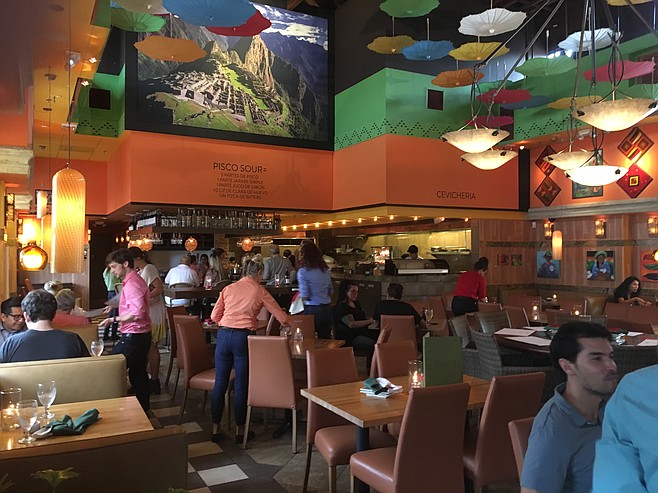 Most of the ceviche I’ve had is usually lime-based and served with crackers or chips. That’s fine, but the next heat wave that comes along, I think I’m going to try the Peruvian-style served at Pisco, a new restaurant in Liberty Station, a place that seems to be opening up new restaurants every week. 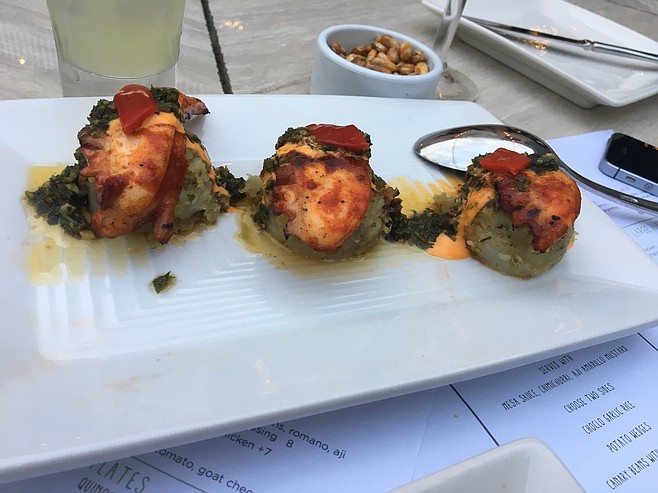 The grilled octopus appetizer at Pisco is served on top of chimichurri potatoes.

Pisco is named after the brandy used in pisco sours, a cocktail made with egg whites. I can’t speak to its authenticity — there’s no guinea pig on the menu — but I was definitely impressed with the ceviche. So much so, that I’m already planning my heat wave meal. 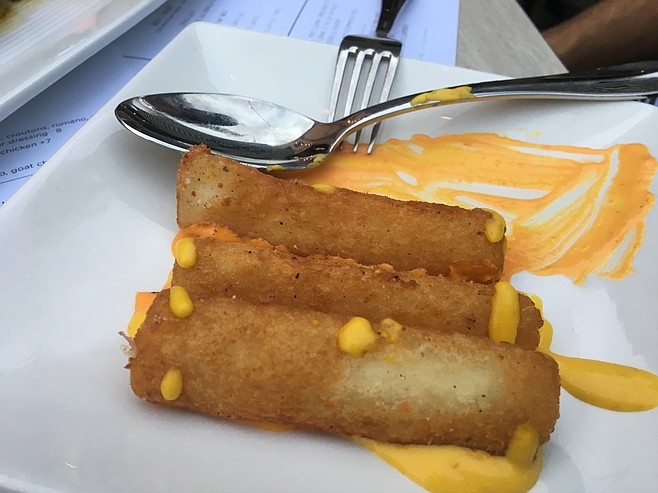 The yucca croquettes are similar to tater tots but more upscale.

Here’s why: In Peru, ceviche is served more like a cold soup with a spoon, instead of a dip with chips. The broth is just as important as the fish, which is cooked by the acidity of the liquid. 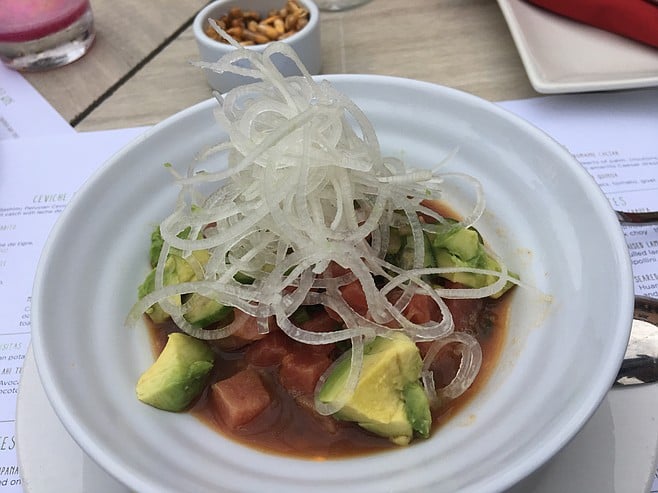 The Ahi Nikei is a variation on poke that has a soup-like broth using tamarind and soy. It's eaten with a spoon, not chopsticks.

This works brilliantly on a 100-degree day, especially with the Mixto ($12), a very spicy ceviche made with rocoto peppers, calamari, shrimp and a selection of other fish that changes based on availability. 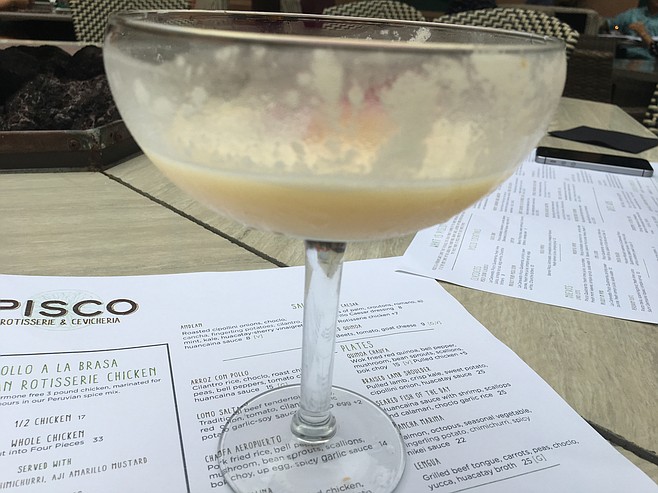 Pisco is a brandy made in Peru. The Pisco sour is a cocktail made with the spirit and egg whites. On a hot day, it's easy to drink one before you realize it's time to take a photo.

There are five other ceviche dishes ranging from $11-$14 in price, as well as an interpretation of poke called Ahi Nikei served with a tamarind soy broth ($13). I merely had a few tastes as my designated driver munched into it with pleasure. 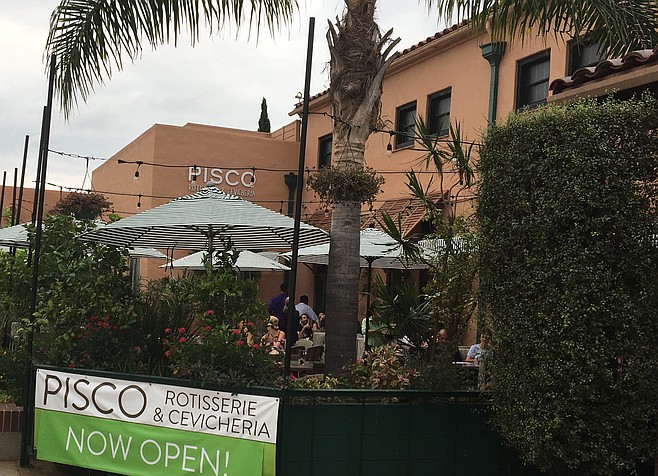 The bowls are decent-sized for the price, but you’ll probably want more anyway — especially in 100-degree weather.

The broths seem like they’d be perfect with some kind of bread for dipping, but that’s not what they do in Peru so they don’t do it at Pisco.

Besides the ceviche, Pisco is hoping to be known for cocktails made from pisco. The pisco sours ($9) have a bracing appeal on a hot day — I downed mine quickly before I realized I need to take a photo — but I really preferred the Pasion de Ancho ($11), made with passion fruit puree, coconut rum, pisco and ancho chili liqueur. The waitress compared it to a pina colada, but it had a fruity tartness that I liked better than that drink.

There are other items worth sampling at Pisco: The grilled octopus on chimichurri potato ($12) had nice garlic flavor and the octopus wasn’t chewy as it can sometimes be.

The yucca croquettes ($5) were like a fancy version of french fries, and came with two types of pepper sauces: rocoto and aji amarillo. The croquettes were good on their own and didn’t need the sauces, which didn’t add much.