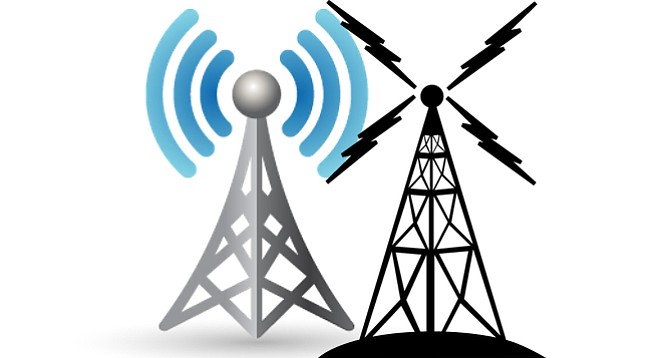 And the alt-rock-radio war raged on

Singer/songwriter/guitarist Timothy Joseph never imagined his band playing the Sports Arena, which over 50 years has also hosted everyone from Bowie to Zeppelin. 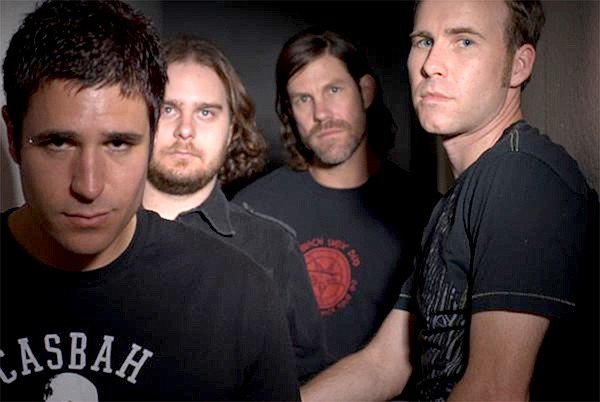 Buckfast Superbee gets back together

The Buckfast Superbee indie-rock quartet launched in 1997 and went dormant eight years ago. Of the band’s decision to regroup earlier this year: “We were surprised anyone even cared,” Joseph said by phone from Rome last week.

Now comes the announcement that Buckfast gets to play the Sports Arena December 8 as the only local band to play on the first of the two-night Wrex the Halls multi-band concert series promoted by 91X. Joseph also says 91X programmer Garett Michaels told him that a yet-to-be recorded Buckfast song would get an entire month of airplay as the 91X “Local Break” artist for December.

The heaps of 91X love may seem odd since Joseph is the primary host of The Local 94/9, the Sunday-night local-music show on FM 94/9, 91X’s primary competitor. Then again, maybe not. 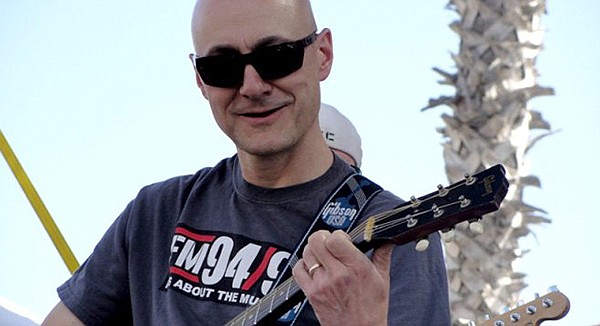 The competition to put on the biggest live shows has become more important as both stations fight to split the alternative audience (hard rockin’ Rock 105.3 usually tops both stations). 91X was connected with Beer-X in August, Ye Skallywag last month, and the Wrex the Halls shows are December 8 and 9. FM 94/9 has no shows announced for the holiday season. Their last one was the SPF festival at the Junior Seau Pier Amphitheatre in June.

Wrex the Halls: Rise Against, more

When radio stations put on big shows like Wrex the Halls, they often hold contests to create a spectacle over which local band gets to open; Michaels simply asked Buckfast Superbee to play it with no fanfare. Chatter suggests 91X/Michaels may want to entice Joseph to jump ship and join 91X in some capacity. (Joseph is co-owner of the Phaser Control recording studio, which could be used to host live sets by bands who drop by 91X.)

Possibly adding to the drama was the fact that the October 22 edition of The Local 94/9 (pre-recorded to allow for Joseph’s Italy trip) never made it to air. Cohost Dan Brozo admitted on-air that the pre-recorded show had been “somehow erased,” and then played local artists without announcing who they were or their song titles.

Was the booking of Buckfast Superbee part of a snub? 91X’s Michaels would not respond.

Was the erasing of The Local 94/9 show a kind of tit for tat? FM 94/9 program director Kevin Callahan did not respond to a request for comment.

Whatever behind-the-scene issues the radio higher-ups may have, the hosts of 91X’s Loudspeaker and The Local 94/9 are always friendly to each other on the air. 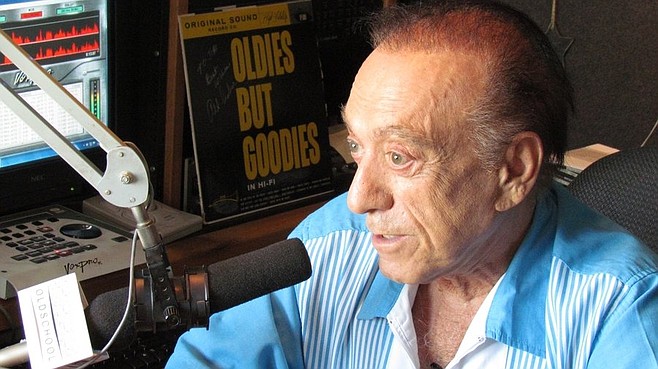 Art Laboe gets the ratings

Joseph said he is sure it was an honest mistake and that there was no skulduggery.

If there are any bad feelings between the two local alt-rock stations and their local music shows, it is not because either show is a big ratings winner. According to Nielsen ratings for the past three months, among all local listeners aged 18-49, 91X’s Loudspeaker has 1700 listeners for its first hour (7 p.m.) and by its third 9 p.m. hour, that figure drops to 500. Ratings for The Local 94/9, which follows from 10 p.m. to midnight, doesn’t show more than 300 listeners.

Buckfast Superbee appears December 8 at Wrex the Halls with Rise Against, Run the Jewels, and The Used.

Some more thoughts on this. TJ (Timothy Joseph) went on a 20 minute rant on his show about how this article should have never happened because it was all about bringing down local music. The article was inspired because some bands noted how it seemed like the rich kept getting richer. TJ co-owns a rehearsal space complex and recording studio that is used to record 91-X's "X-Sessions" live sets by major bands including Portugal the Man, Cold War Kids, Rise Against, The Shins, War on Drugs and 1975. TJ also owns a rehearsal space complex. He also gets to host his own local music show on the other local alt rock station. Then TJ's band struck the jackpot when it was picked as the only local band to play at 91Xs two-night Wrex The Halls show next month AT THE SPORTS ARENA. Chances for local bands to open for these multi-band shows featuring signed, nationally touring artists are rare. 91X often selects the bands for these opening slots with some kind of fanfare to select the local openers. Not this time. 949 didn't even have any local openers for its last big multi-band show, last summer at the Oceanside pier amphitheater. In fact, 949 doesn't even have a Christmas show announced. At any rate, this Wrex The Halls/Sports Arena deal seemed like a big deal and thats why I simply asked Garett Michaels of 91X how the process worked since a few people wanted to know. I have spoken to him many times (as you can see in past articles over the years). But he punted on this one.

TJ also objected because I mentioned the ratings of the local shows. I have mentioned radio ratings occasionally in the articles over the years, but this is the first time that the ratings for the local shows were ever brought up. I thought it would be a good opportunity. Of course TJ's show is on later than Loudspeaker, hence the available pool of listeners is smaller. He made it like it was some big ugly conspiracy because I brought them up at all. I told him I didn't make them up, and they were what they were. Please stop whining TJ. Just because i refer to your ratings does not mean I'm trying to bring down the local scene. Your station does absolutely nothing to promote your show.

When John Reis was on your show last year he said "Does anyone listen to this show?" I thought this was a good time to report what Nielsen had to say.

I have told TJ that I think he sounds great on the air. And of course he does do a lot for local artists as does Loudspeaker. This article was not about the good that you do (which is a lot). It was just that your band got the best gig of the year and some people wanted to know about it (and Garett Michaels didn't want to comment). So many people are struggling in local music. But it seems like you have cracked the code. You are winning on many fronts. Thats fine! But please, don't whine about one article about your band playing Wrex the Halls.

Oh, and by the way, you said a you got a lot of response from listeners last night. Whatdayaknow! Maybe this mean article will bring publicity and attention to The Local 949. Everyone I've spoken with said that 949 doesn't even care about its local music show. So wouldn't it be funny if this article helped The Local 949 more than its own hosting station. If it does, I'm happy. In spite of the abuse.

Hey TJ, last year when 949 shortened your show to two hours you said that the good news was that the station had committed to supporting a Homegrown-style compilation album featuring local artists, and that the station committed to giving those cuts regular rotation. No mention since then. Its been a year and a half. Maybe you could explain on the air what's up with that comp.