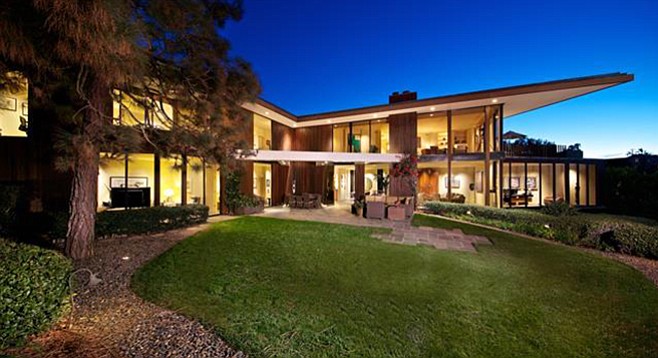 Listing materials for the blufftop La Jolla estate at 1585 Coast Walk promise to deliver “without a doubt, one of the best waterfront homes in La Jolla.” 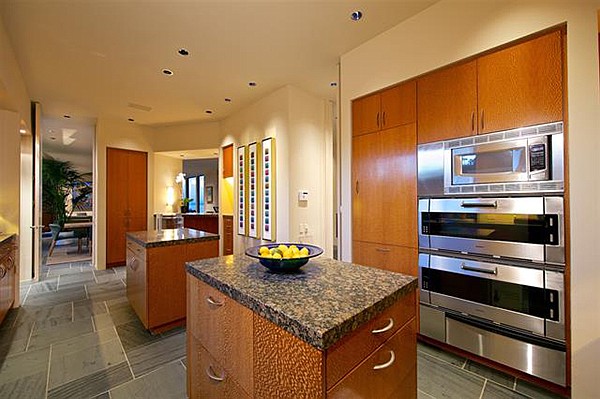 Built in 1986 and designed by celebrated local architect Henry Hester, the “perfectly poised contemporary masterpiece” includes five bedrooms (including an office/den as an optional bedroom) and five baths spread across more than 6000 square feet of indoor living area. 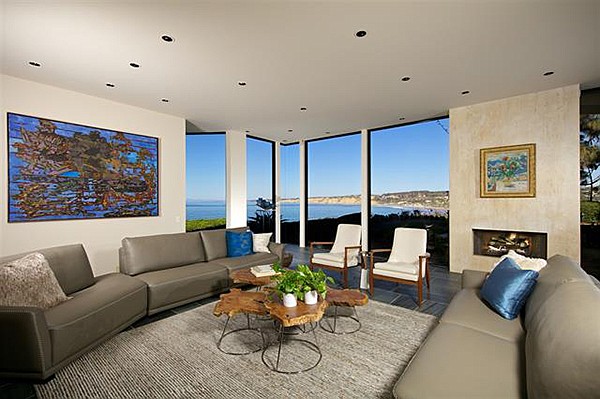 Features include a full-sized commercial elevator from the subterranean four-car garage to the floor’s main and upper levels, full house security and automation with three separate zones of heat and air conditioning, a commercial phone system, and “state of the art electronics and lighting.” 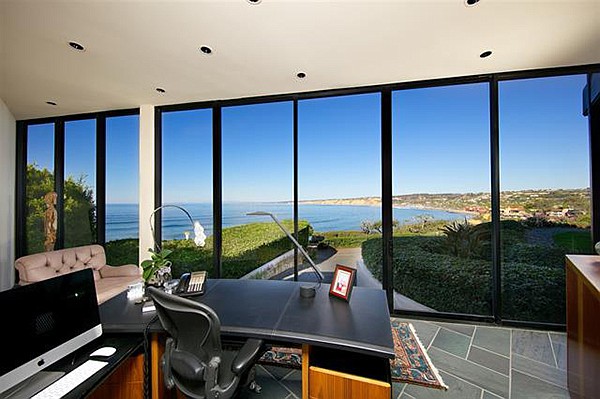 The “connoisseur’s kitchen” features “modern and functional cabinetry, granite countertops and two islands, a breakfast bar, and refrigerated wine storage,” along with “top shelf Gaggenau appliances” imported from Germany (used refrigerators from the high-end manufacturer start at around $5000 on eBay). 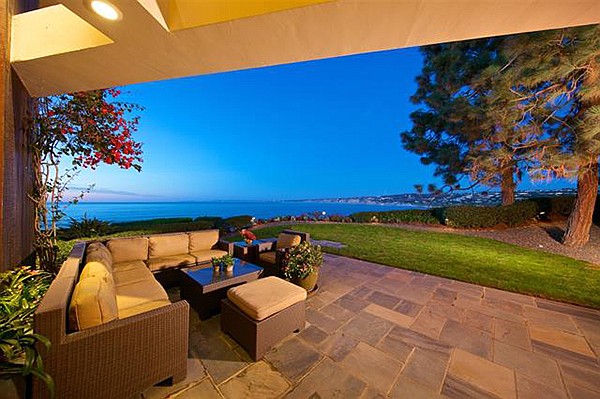 Potential buyers can “entertain in style in your spacious oceanfront yard with large grassy area.”

The mansion’s “abundant living areas” offer “dramatic floor-to-ceiling windows” facing directly onto the Pacific, offering views from the master, living, dining room, and den that “will hypnotize you the moment you enter each space.”

“This home scores a PERFECT 10 for High Style, Great Design and an Intelligent Floor plan,” the listing continues. “A rarely available & coveted location which is a short, scenic stroll to the ‘Village of La Jolla’ makes this offering a once in a lifetime opportunity.”

The Coast Walk estate was last sold in 1996 to Henry Haimsohn for $2 million. Haimsohn served as president of Pace Membership Warehouse, a Colorado-based competitor to the San Diego–based warehouse club pioneers Sol and Robert Price, whose Price Club eventually sold to Costco (Pace locations became Walmart-owned Sam’s Club in 1994). It currently has an assessed value of just under $2.9 million, which carries an annual property-tax bill of $33,694.

Sounds like the owner is not serious about selling it, with a price that high. Also, the listing materials by Craig Lotzof with Pacific Sotheby's Int'l Realty are so full of ridiculous hype. Sorry, but views out the windows will NOT "hypnotize you." Not gonna happen, Craig! And who (besides Mr. Lotzof) says this is a "PERFECT 10?" Just saying so doesn't mean it is.