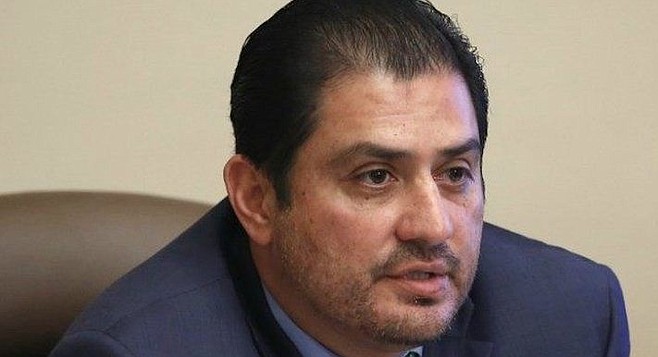 Like other cities, Escondido is planning for the mass deployment of fifth generation technology. As both officials and carriers see it, it's time to make the permit process for the "small cells" that can accommodate 5G blazing fast. 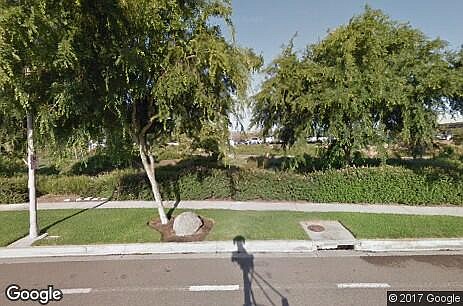 Citracado Parkway. "It's the perfect place to have it in a residential neighborhood."

"We're getting a lot of pressure from the wireless industry to process applications for small cells in the right of way," said Escondido city planner Jay Paul at the May 24 City Council meeting, where a zoning ordinance was introduced that would create a new wireless permit geared to the public right of way. Street lights, utility poles and traffic signs will pick up where fake palm trees leave off, hosting thousands of the mini base stations. 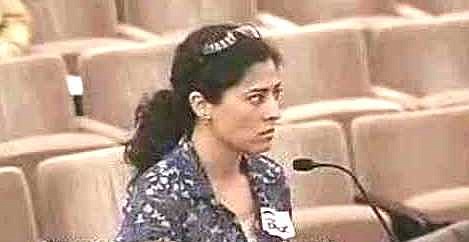 Olga Diaz: "If I walked out my front door and suddenly there's a bunch of stuff on a pole and nobody told me, I would be upset."

Apartments and single family homes are within that "last mile" the industry is targeting. As some see it, the industry wants to go quietly and quickly into neighborhoods, because opposition can be fierce.

A new state bill, SB 649, introduced by Sen. Ben Hueso, D-San Diego, would strip local control over small cell placement, even in residential zones.It's opposed by the League of Cities and those who have health concerns.

"There should be a public outcry, but honestly I don't think many people have a clue as to what is coming," says North County resident Susan Foster, who advocates for public safety in regard to radio frequency. "There will be cell towers approximately every ten homes, with loud back-up generator equipment to support the infrastructure," she says, referring to the envisioned, nationwide network.

While some may want the equipment near their homes, others won't have a say about it. Applications no longer come in one at a time, Paul said. Now it's 12-15 at once, overwhelming the case-by-case approach. Currently, a conditional use permit is required if a facility wants to go within a 500 foot radius of a home. The process requires public notice at the sites, and in the newspaper.

The new ordinance will increase the number of sites eligible for a speedy administrative permit for most residential neighborhoods, except those on front yards on non-circulation element streets, Paul said. The city's preferred residential locations are on a collector or a major road or a local collector, he said. Wireless companies, wanting even more say on location and design criteria, asked the city to delay approval of the ordinance, and the council agreed, voting to continue the public hearing until June 14.

"Administrative is good, but the problem is, how do you get to that last mile, the residential areas?" said Paul O'Boyle, a lawyer for Crown Castle. The city's preference for street lights is too limiting, he said. "We don't need fewer facilities, we need more of them."

The city's "design hopes" might have to be let go, said Councilman Ed Gallo. Slender objects on existing street lights would be ideal, but small cell equipment isn't always discrete, ranging in size from a small box on a utility pole to new 120-foot poles. The city discourages new structures.

In 2009, to keep towers out of residential zones, the city changed its antenna ordinance to encourage use of the right of way. Most such projects were 2-3 full-size antennas on a pole made to look like a street light. But few went up; most have gone on private property.

The "macro cells" have been mostly single sites with tall towers, big cabinets and armies of antennas. They can reach cell phones up to 45 miles away, while small cells fill gaps of about 11 yards in urban areas and one mile in rural settings.

A Planning Commission report says that by 2020, from 21-50 billion devices will be connected — up from about six billion today. With "new demand in neighborhoods, traffic centers, and downtown, macro facilities aren't the best way to do that," Paul said. The city prefers sites they can batch administratively without a permit, as they've been doing in commercial zones, Paul said. But for residential areas, the carriers are waiting on the ordinance "because it allows them to go administratively forward, 90 percent of them." And if someone doesn't like it? "What if I just decide I don't ever want to see anything on top of that street light?" said Councilman Michael Morasco.

"That's one neighbor that can make a stink to stop it." And "who ever looks up at the street light?"

"But that's what we do now," said Councilwoman Olga Diaz. "We give them the opportunity to say something."

"But they don't own the street lights," Morasco said.

Diaz said she likes the permit notification process if something is going in someone's yard. "If I walked out my front door and suddenly there's a bunch of stuff on a pole and nobody told me, I would be upset." Were they proposing to keep the CUP on non-collector streets, Diaz asked.

"So the residential part stays the same as it's always been? We're not changing it?"

"Yes and no," Paul said. "We're keeping the conditional use permit for non-circulation element streets and for somebody's front yard. What we're taking it out of is the larger streets."

"It would be appropriate for some locations."