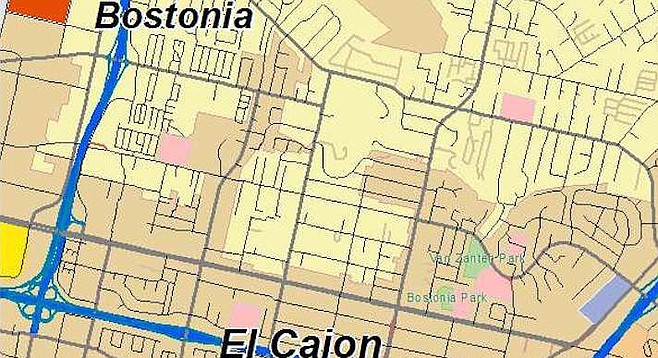 Del Mar has lowest — below 1 percent

San Diego County's unemployment rate rose to 4.3 percent in June, up from a revised 3.6 percent in May. 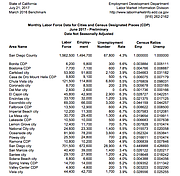 However, total non-farm jobs rose by 6400 during the month, and that is a more important statistic.

According to data from the Employment Development Department, the lowest rate in the county was Del Mar at 0.4 percent. Coronado was second lowest at 2.5 percent.

The highest was Bostonia, which is unincorporated El Cajon north of Broadway and mostly east of Highway 67. Its rate was 7.8 percent. Imperial Beach was second highest at 6.7 percent.

Mike Murphy: Those working off the books would not be mentioned in the survey of employers. However, in the household survey, it is possible that a spouse of somebody working off the books might mention that somebody in the family is looking for full-time employment, and thus get counted. Don't take this as gospel. I may be wrong on that. Best, Don Bauder

Bostonia: I lived in East County for 30 years and never heard of Bostonia. Best, Don Bauder

really small area, used to be its only claim to fame was the swapmeet at the Aero drive in on weekends.

Bostonia's real claim to fame was the Bostonia Ballroom. Many of the famous performed there. Johnny Cash, Willie Nelson, et. al.

Murphyjunk: That swap meet never got on our radar. We lived on Mt. Helix, and often went to El Cajon. Best, Don Bauder

AlexClarke: Tell me more about the Bostonia Ballroom. Do you suppose I drove by it when the New York Philharmonic was putting on a concert and missed it? Don Bauder

I refer you to an article in the San Diego Reader, July 1, 2015, by Dave Good. Back in the 50's my grand parents lived in Bostonia a tiny community slightly north and east of El Cajon. Now it is surrounded by the City of El Cajon. The Bostonia Ballroom is still there. It is a terrible dump banquet hall called the Royal Palace of which it is neither. Great article by Dave Good.

AlexClarke: I will check out Good's article. Best, Don Bauder