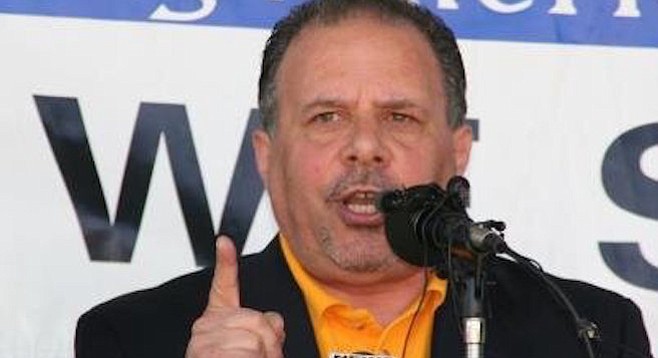 In a lawsuit filed in December, United Food and Commercial Workers Union president Mickey Kasparian was accused of sexual harassment and denigrating employees. Demands for him to step down are increasing, and the protests continue. 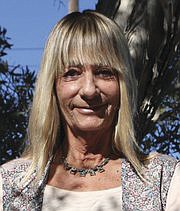 On January 25, Donna Frye — former councilmember and current president of government transparency watchdog group Californians Aware — appeared at a scheduled protest at the International Association of Machinists and Aerospace building in Kearny Mesa to call for Kasparian's resignation.

"Serious and disturbing allegations have been made against Mr. Kasparian in his capacity as president of the UFCW Local 135," reads a statement issued by Frye after the protest. "It is our belief that the appropriate remedy is for Mr. Kasparian to resign. At a minimum we urge you to conduct an independent investigation regarding these allegations against Mr. Kasparian. We also ask you to take the actions necessary to protect the current employees, such as placing Mr. Kasparian on administrative leave until this is resolved." 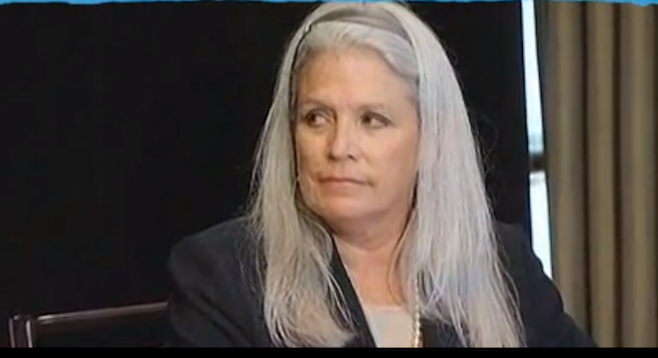 Frye was joined by Irene McCormack Jackson, former communications director during mayor Bob Filner's reign. McCormack Jackson was one of several women to come forward with allegations of sexual harassment and intimidation by Filner during his time in office. She, along with Frye and others, publicly demanded that Filner resign. McCormack Jackson later filed a lawsuit against the city and Filner; she ultimately agreed to settle for $250,000. 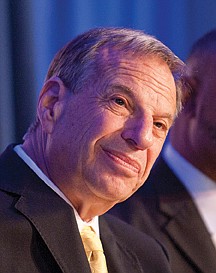 In regard to Kasparian, three lawsuits have been filed against the influential labor boss. Among them is a claim from former insurance clerk Isabel Vasquez; she says Kasparian threatened her job if she refused to give him sexual favors in his office and hotel rooms paid for with union credit cards. In another lawsuit, union organizer Sandy Naranjo says Kasparian mistreated her because she is a woman and retaliated against her allegedly siding with Kasparian's political rival, councilmember David Alvarez. More recently, another employee, Anabel Arauz, filed a claim alleging instances of discrimination and political strong-arming by the union chief.

On January 7, as reported by the Reader, 150 people turned out at a protest in Chula Vista to support the women and to urge Kasparian to resign. Kasparian has denied all the allegations.

According to a report by the Times of San Diego, two dozen people attended the January 25 protest.

If he loses his job running the union, what can ol' Mick do? Has he ever worked in a supermarket? Would he be able to get a job in one? Could his oversized ego allow him to stock shelves or unpack lettuce? Questions, questions.

maybe he can work on a car lot, he has has lots of experience buying new escalades every time the ash tray got full on his.

You GO, Donna! Wish you were back on the Council making waves.

If Donna Frye says Mickey Kasparian is guilty of sexual harassment there is no need for a trial. Donna's word is enough. I think I saw this movie before.

It might be worth pointing out that he's what is usually called a "union boss." In recent years we were treated to allegations that, in So County at least, all the grief in the school districts was fomented by "teachers union bosses.' Yeah, "union bosses" who came and went every few years, who still taught classes, and went home at night tired from a hard day of work. Contrast those folks to this dude who has headed that union for longer than many/most of its members can recall, and who sticks his foot in his mouth almost every time he makes a public comment. Does he labor in his trade? Don't make me laugh. Does he get a generous salary along with items like a big vehicle allowance or car provided? Yes, of course. Does he enjoy a lifestyle vastly better than all those union members who pay dues to support him? You can count on that. Why do the members keep reelecting him? It is hard to describe, but why do voters keep sending the same people to Congress or to the Senate?

It's time for old Mick to go. He and his cohort are keeping themselves busy in the office (wink) while the union stores close left and right. If I were a member of this alphabet-soup named union local, I'd be looking for the exit as fast as I could.