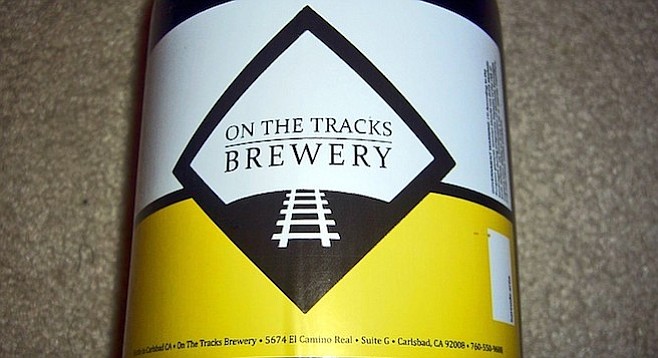 Six-year-old On the Tracks got clipped on a technicality

Carlsbad's brewery scene has been on the rise, with two new breweries opening in 2016, and two more due by the spring. However, the North County city lost one in December, when On the Tracks Brewery ended its nearly six-year run and closed permanently.

On the Tracks Brewery and Tasting Room

The brewery faced a 30-day suspension of its state license that began December 8th. Unable to produce, sell, or serve beer, the brewery closed its brewery and tasting room during that time. Although the suspension ended January 7th, the 7-barrel microbrewery never reopened and its website came down.

Brewery manager John Davison confirmed via text: "On The Tracks Brewery is closed. Did do a 30 day supend in Dec and did not reopen. If anyone wants to buy equipment e-mail [email protected] and someone will get back to them."

According to the ABC, the monthlong suspension was a result of several code violations stemming from a single instance. The violations were administrative, not criminal in nature, regarding a contract brew made by On the Tracks for an unnamed retail establishment in North County.

Melissa Ryan, the state bureau of Alcoholic Beverage Control district supervisor overseeing North County, explained that On the Tracks "was making a beer special for a retailer, and they didn't do all the proper licensing, labeling, and pricing." In essence, the beer was served at the restaurant under the restaurant's brand and not the brewery's. While contract brews between breweries and restaurants are common, they require labeling.

Additionally, the beer itself must be reported to the state bureau under the administrative requirement that "every manufacturer or bottler of beer in this State…shall file with the department the brand name or names under which he sells or labels his draught beer sold in the State."

Ryan says that "agents observed a violation at a retail location," leading to an investigation. "If you look at their spigot," Ryan relayed, "the retailer said they made it, that it's their beer." And unless it's a licensed brewpub, "a restaurant can't make its own beer."

Ryan did not identify the retailer, as she said it "is still facing discipline" for its part in the violations. Johnson also declined to name the restaurant in question, but stressed, "the ABC issue was unintentional," a position supported by the agency's investigation. No fines were issued.

In the meantime, On the Tracks' Type 23 license allowing it to brew and serve beer expired on January 31st. Davison indicates that, even prior to the ABC action, the family-owned brewery was disinclined to renew it. Without further comment, he stated, "Suspension was only one of a number of issues."

So they weren't on the right track...

Ian, you must know more than you are reporting. How about you tell all of us what you know?

This looks like the sort of thing that happens when an industry starts to mature. The small operations that pioneer the concept don't or can't grow, and soon the bigger boys, such as Ballast Point and Stone, crowd out the small fry. If that business had been doing well, there is no reason for failing to reopen and then take off, except that it could not take off, due to scarce resources and maybe underpaid and unappreciated innovators.

We will probably never know for sure.

No wonder, look at their logo! Are those train tracks or football laces? They should've worked on their branding a bit more. Their logo looks like sign declaring dangerous and flammable goods. Good idea, poor execution. 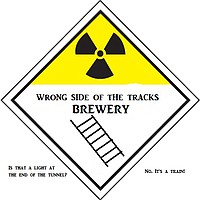 You're on to something.

This was by far the worst brewery in Carlsbad, and possibly all of San Diego. Just take a look at their Yelp reviews. I visited once a couple years ago and never returned. I would really like to know what restaurant was secretly serving their beer. Was it a Carlsbad restaurant?

I agree with David 100%. Went there years ago and it was truly the worst brewery I experienced in all of SD County as to choice and taste. They were being somewhat experimental back then, I recall a Black Pepper beer and a Caramel beer and a ginger type beer. I found the flavors off and never returned. The owner was nice and it seemed it truly was a passion that evolved out of his garage to this space. I just think they needed main stay type beers to hook followers then play around with different profiles.