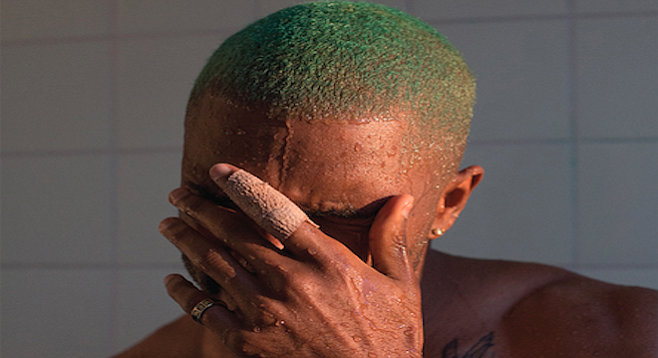 Frank Ocean continues to break the rules on his latest release

You can't put Frank Ocean — the artist or the man — inside of a box. Often credited as a soul crooner, Ocean spins traditional associations of the genre on their heads with his latest release. From the album’s enigmatic title — stylized as Blond on the cover, but referred to as Blonde in press releases — to its mysterious and anticipated debut (beginning with a weeklong video on Apple Music, where he was seen doing woodwork), listeners realize that this is not the Top 40 R&B that they’re used to.

If you try to put the sound of Blonde down on paper, it would read as a Venn diagram. At the center, you have Ocean’s velvety smooth voice. The overlapping circles would each be filled in with various genre-hopping elements: the vocal and electric-guitar backing provided by alt-rocker Austin Feinstein of Slow Hollows on "Self Control," the quoting of Elliott Smith's "A Fond Farewell" on "Seigfried," or the sampling of the Beatles’ “Here, There and Everywhere” on “White Ferrari.”

The video for the album’s opening track, “Nikes,” starts off with Ocean stating, “I got two versions.” He follows through with this promise of dichotomy. Ocean does much more than sample other songs, he borrows musically and lyrically and churns out something polished, yet somehow unfamiliar. He’s a rule-breaker, and a very talented one.