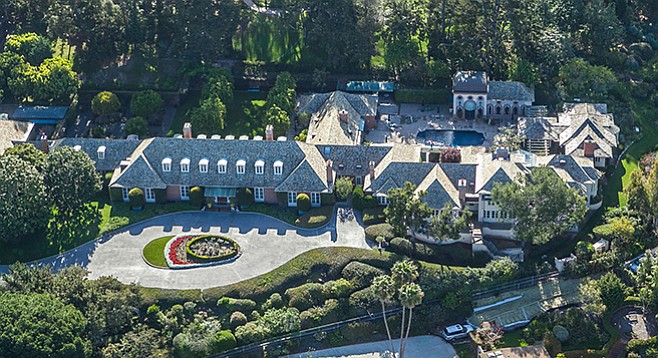 Now there’s word that John Moores, the mega-millionaire ex–Padres owner from Rancho Santa Fe who is on the team to build a new downtown Chargers stadium, has latched on to the old Copley Newspapers’ corporate headquarters at 7776 Ivanhoe. The $6.15 million deal was actually done four years ago, through the nondescriptly named firm of Ivanhoe Investors, LLC. Since then, JMI Equity, the investment outfit owned by Moores, has moved into the second floor, and real estate records confirm that Ivanhoe Investors is headed by JMI Managing General Partner Paul V. Barber.

The three-story, 25,464-square-foot mid-century modern office building, designed in 1957 by noted local architect Roy Drew, was priced at $11.5 million when it was originally advertised for sale. Now it remains to be seen if the once-powerful newspaper chain’s old digs will imbue Moores with the power to get San Diego city voters to boost hotel taxes to 16.5 percent, as foreseen by his putative stadium-building partnership with the Chargers.